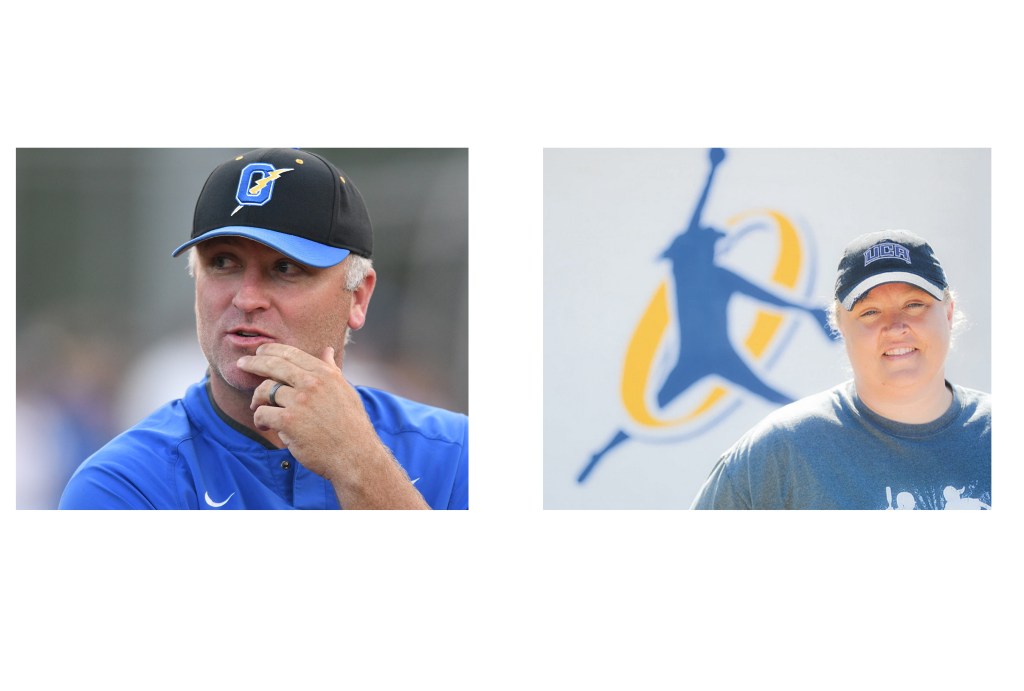 OHS co-activities coordinators Chris Baughman (left) and Tabitha Beard (right) will be promoted to full-time administrators for the 2022-2023 academic year.

The Oxford High School athletic department is seeing some major changes this summer.

Current athletic director Mike Martin announced his retirement last week to the Oxford School District and made it public during Monday’s school board meeting. With Martin stepping down after being at the helm of Oxford’s athletics the past six years, his successors have already been selected.

Oxford baseball head coach Chris Baughman and softball head coach Tabitha Beard have been named the new Co-Activities Directors. The top administrative position on the athletics side is being rebranding to include the MHSAA-approved activities such as band and cheerleading along with all of Oxford’s sports teams.

Martin took over as Oxford’s athletic director in January 2016 when longtime Oxford head football coach Johnny Hill retired from both positions. A former teacher and assistant principal within OSD, Martin helped guide Oxford through the transition from Class 5A into Class 6A, the top of high school sports in Mississippi.

“It’s a program that’s established in 6A now. It’s just time to move on,” Martin said. “That’s the biggest transition that our sports have gone through. (The transition to) 4A to 5A was a pretty smooth transition, but (the move to 6A) was the most difficult transition of all. Everybody in 6A has got somebody that’s really good at something.”

Martin spent a total of 41 years in the education profession, returning to Mississippi and Oxford in 2007 as an assistant principal at Oxford Middle School after spending 17 years in Tennessee. He spent 14 years at OSD and 10 years in the Greenwood Public School District.

Baughman and Beard now step in to fill Martin’s shoes, starting in the 2021-22 school year. They will both be giving up their coaching duties, meaning Oxford is also looking for new baseball and softball head coaches.

The move to an administrative position has always been the next step and goal for Baughman in his career and Martin’s retirement provided the right time to try and take that step.

“It’s one of these opportunities that I knew when it was offered to me, if I didn’t take it now I’d never get to do it again at Oxford,” Baughman said. “Just the timing of it was right. It’s one of those things where I’m not just dying to get off the baseball field. I’ve got a great group of kids. They were a ton of fun this year.”

Hired to take over the softball program in 2016, Beard completed her fourth full season last month. Beard has spent the last few years helping on the administration side of the athletic department in an assistant athletic director role.

Getting to take on a bigger role within the department beyond being a coach for one sport appealed to Beard.

“Just that side of it and being a part of that feeling like you are a part of everything,” Beard said. “When you’re a coach, you worry about your softball team. When you start shifting your mindset to worry about the greater good of all athletics and you see holes where you think things need to be different and to have the power to make some of those changes. It was very appealing to me.”

Both Baughman and Beard will work together and not split the duties between the boys sports and the girls sports. Being one of the only schools in the state that have Co-Activities Directors, it is viewed as a benefit by both of them to have the ability to put two heads together instead of one when tackling any issues that may arise.

“I think especially adding activities, I think two (people) is a necessity for it to run smoothly,” Baughman said. “It’s kind of a plus when you add some of the big activities in there in terms of band and debate, of course theatre and cheerleading and dance. That’s a lot on one. Couldn’t be more excited about it. Couldn’t be more excited about who I get to work with. I think we both want to be as competitive as we can in 6A while also giving our kids and our coaches the best experience they can have in their four years at Oxford.”

While they begin the search for new baseball and softball coaches, Baughman and Beard will still help with their respective teams during the summer until a hire is made.