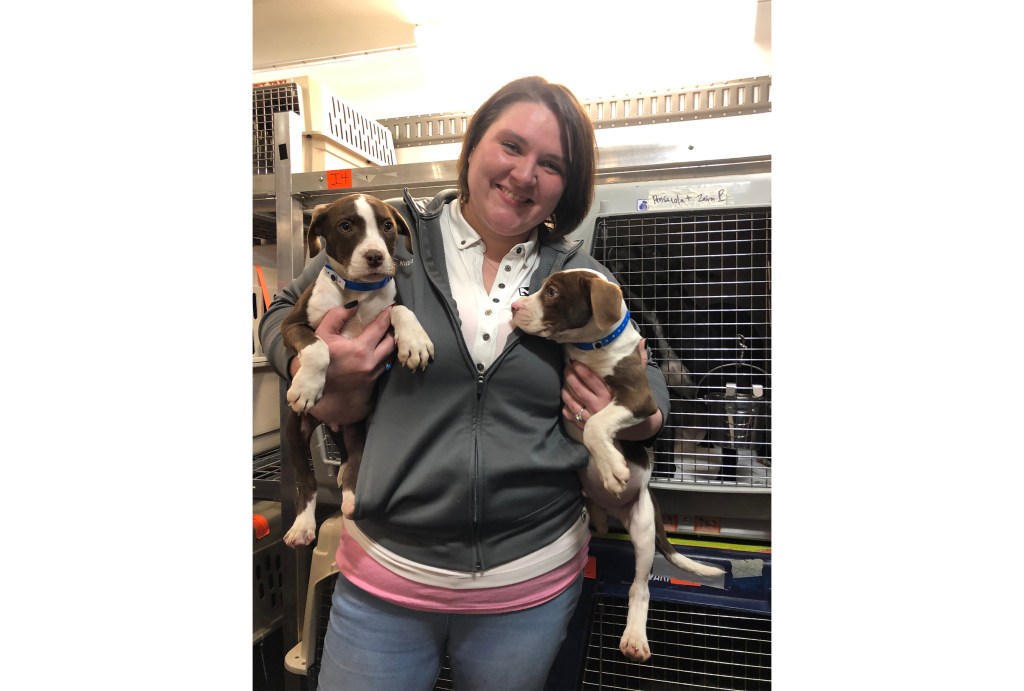 Nicole Young was hired as director of the City of Oxford’s Animal Resource Center. (Courtesy of Nicole Young)

Nicole Young is tasked with running the latest iteration of the city’s animal shelter, and it’s a challenge she eagerly welcomes.

Young took over as Animal Resource Center director on May 17 and hit the ground running, knowing all eyes would be on her, and the city’s leadership, in the wake of the controversy surrounding Mississippi Critterz, the shelter’s former management.

Young spent the last three years working the Memphis Animal Services as a customer care specialist and heard about the Oxford director position from a co-worker after Oxford Mayor Robyn Tannehill had visited the Memphis shelter and mentioned what Oxford was planning to do with its shelter. The city ended its management contract with Mississippi Critterz after reports of animal abuse surfaced.

Young was not familiar with the Oxford-Lafayette Humane Society, but was aware of Mississippi Critterz and the recent controversy that surrounded the management, starting in February. After reading the reports, including the report written by Dr. Philip Bushby from Mississippi State University following his inspection of the shelter, Young said she only had one thought when considering to apply for the director’s position.

“I watched some videos on YouTube about what had happened and read the veterinarian reports from Mississippi Critterz, and it’s like my brain didn’t give me another choice,” Young said. “I was like, ‘I’m applying for this job and I hope I get it.’ I just really wanted to make a difference.”

During her interview process, Young said Tannehill was very “forthcoming” about all of the issues that surrounded the shelter prior to the city ending its agreement with Mississippi Critterz.

Young is tasked with getting ARC up and running and regaining the trust of the Oxford community when it comes to providing animal welfare and care.

“They did lose a lot of trust, and I get it. 100 percent,” Young said. “You expect someone to adhere to what you think is happening and it’s not happening and you lose that trust … I was aware of the magnifying glass that was going to be on the situation and what I was coming into. I think that helped a lot. I didn’t feel blindsided. I knew what was going on and kind of being said on Facebook and things like that.”

The shelter is still undergoing its physical transformation, including restructuring of the interior. The center is still not open to the public but is beginning to promote animals available for adoption on social media pages. Neither city officials or Young have a timeframe for reopening to the public.

When Young was hired, she began looking at the plans and provided her own ideas and suggestions of what she would want the building to offer.

“There is a lot of pressure, but there are weird people like me who thrive on pressure,” Young said. “Animal welfare is pressure. It’s always pressure. I kind of thrive off the pressure and I know ways to bridge that trust issue. One of the biggest things is being honest and being transparent. If people know what’s happening behind these doors, they’re more likely to support what’s going on. If they think we are mistreating these animals or doing something that is (unethical) they’re less likely to trust.”