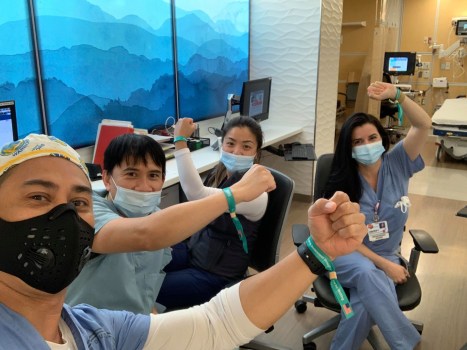 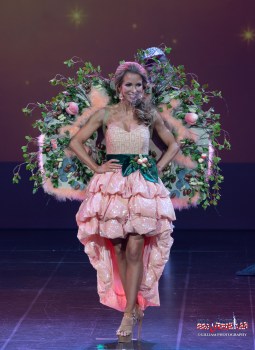 Some might say Christen Roberts, CRNA, is the definition of her Mrs. Congeniality title, which she won at the 2021 Mrs. American pageant in Las Vegas: poised, philanthropic, and passionate.

At the height of the pandemic, Roberts, a Lafayette County High and Ole Miss alum, agreed to help at a “COVID hotspot” in New Jersey. While awaiting her departure, she and her husband, Michael, began brainstorming a way to support their family and community in trying times. And, when the call to go to New Jersey never came, Roberts took this setback as a “sign from God” and began pursuing her new philanthropy full-time.

“When I signed up to go to New Jersey, I had a lot of anxiety and uncertainty,” Roberts said. “I was trying to figure out my feelings, and I knew I wanted to connect with all the strangers I was going to be on the front lines with. Bracelets seemed like the perfect thing.”

When conceptualizing her philanthropy, Roberts did a great deal of research, finally stumbling on the symbolism of bamboo plants.

“Bamboo is everything that we need as a frontline worker: unity, flexibility, resilience, optimism and grace. So, I knew I wanted to put a piece of bamboo on each bracelet. But,” she said, “I wanted to spell ‘bamboo’ in a way that is meaningful to us. So, that’s how I came up with BAMBŪ.”

BAMBŪ (Bringing Awareness through Medicine by Uniting) has received great support from several private donors and healthcare professionals. BAMBŪ, which classifies itself as a not-for-profit organization, works as a “pay it forward” philanthropy: anyone who donates is helping the organization donate more bracelets to local hospitals. In total, BAMBŪ has donated 7,000 bracelets to healthcare workers across the country, with a goal of donating 10,000.

“In these times, there is so much division and there’s so much unknown,” Roberts said. “This is a way to provide unity.”

The Mrs. Georgia and Mrs. American pageants served as a great platform for Roberts to promote her philanthropy, but it was not the platform she was expecting.

“I never planned on doing the pageant,” she said. “I had this philanthropy going for months and then, I saw that the Mrs. Georgia competition was happening — in two weeks. I just happened to be on Facebook to see it and thankfully, they were accepting late applicants. In two weeks, I found a dress, an interview outfit, and went in there and did my best.”

Roberts attributes her win to her authenticity, saying that she feels the judges were “able to see that [she] was doing something bigger than [herself].” For her, the pageants were not the typical, competition-ridden environments that televisions and movies portray; instead, she found herself surrounded by equally strong and passionate women who supported her throughout the pageant.

“I had a greater purpose in being there,” she said. “After that, it wasn’t about competition anymore. It’s about having a voice and letting everyone know that this is what I stand for. This is my story. And, as a frontline provider, more than anything, I want us to unite and be resilient, and look at everything we can do and what we have overcome.”

Anyone looking to support BAMBŪ can find the group online at bambustrong.com.