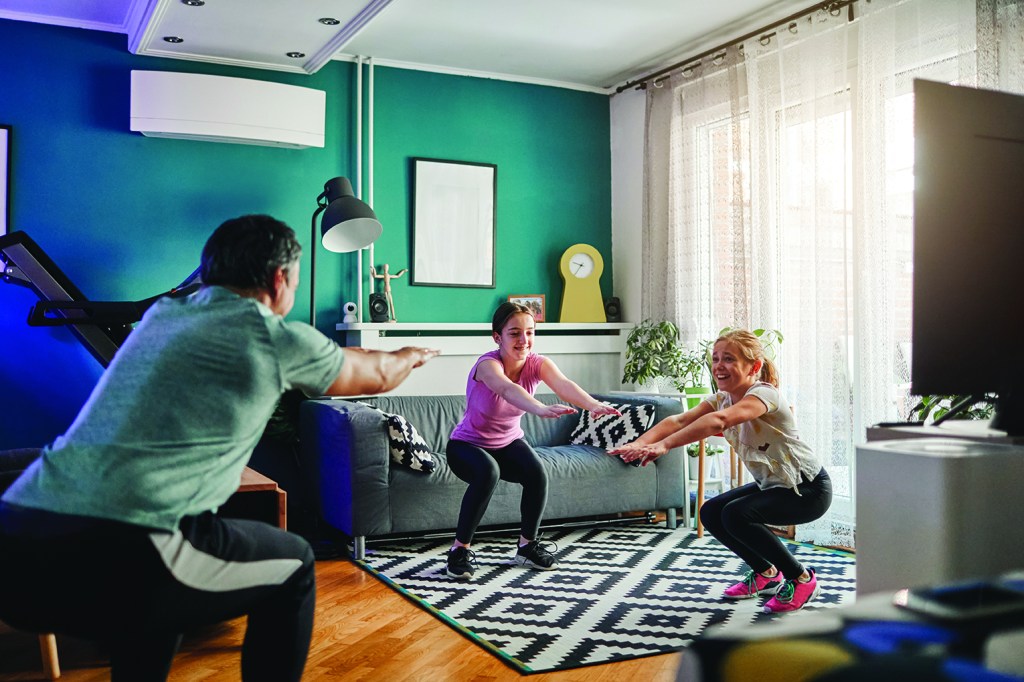 Did we really take advantage of all that at-home time during the pandemic to get in shape?

Well, that depends on where you live.

A new comparison compiled by irunfar.com calculated the length of the average at-home workout session during the pandemic, and ranked those rates by state.

That’s respectable, but far from those ambitious people in Delaware (50 minutes) or North Dakota (37 minutes). Although we give North Dakotans a pass, since the weather probably didn’t allow for outside runs in the winter.

We’re not at the bottom of the list. We beat Alabama (only 11 minutes!) and Louisiana (only 13 minutes!).

The CDC recommends a minimum of 150 minutes of physical activity per week. This was below the national average of 18 mins. Men were more motivated than women, it seems, averaging 20-minute-long workout sessions as compared to women’s 14-minute-long sessions, according to the study.

According to the survey of 3,000 adults, more than half (57%) of people say they’re less fit now as compared to pre-pandemic times. However, a third say they have been steadily ramping up their workout intensity as restrictions ease and summer is on the way – perhaps they’re getting their bodies into shape to enjoy more outdoor activities in the sunshine… Although, 1 in 10 (14%) say that they’re doing this more out of vanity than for health reasons.

A majority (86%) on the other hand, are genuinely hoping to boost their overall health before the upcoming summer season. Interestingly, stats show that the majority don’t plan to renew gym memberships once the pandemic is over. Perhaps others are looking forward to exercising outdoors in nature once the pandemic is over, and who can blame them after months of cabin fever during lockdown?

Of those who’ve not been following an exercise regime during the pandemic, 1 in 3 say they feel too self-conscious to join a gym or workout outside as restrictions are lifted. Given that many didn’t have access to workout equipment while gym facilities were closed during lockdown, it’s likely it could take a while for fitness levels to return to what they once were.