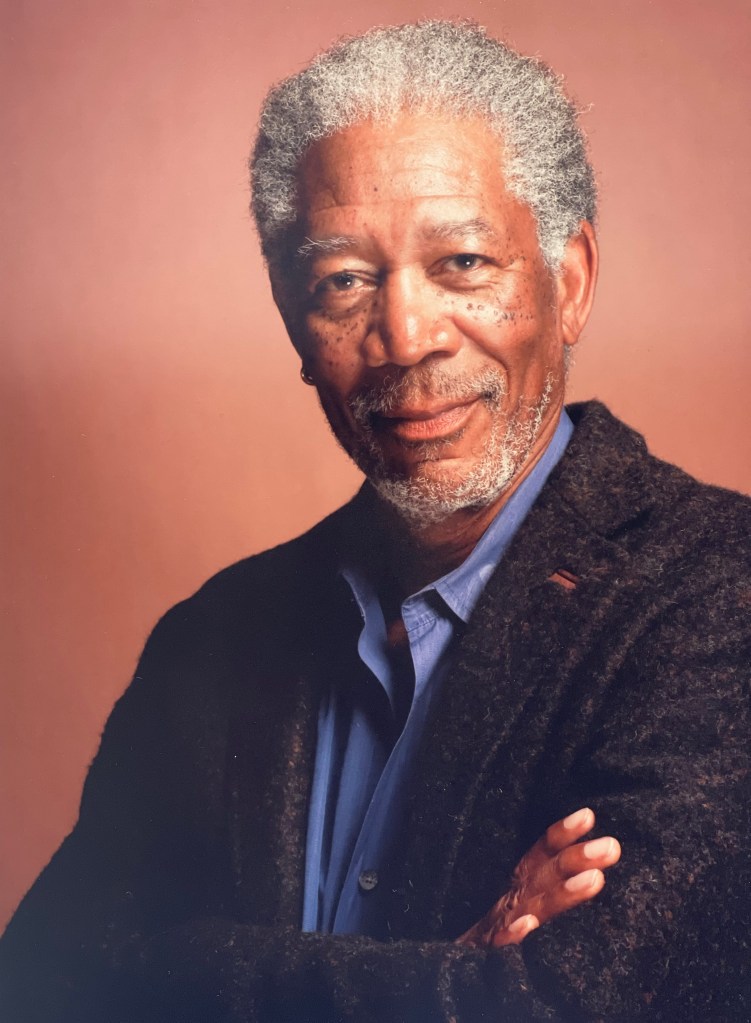 OXFORD – Actor Morgan Freeman and criminal justice and legal studies professor Linda Keena have donated $1 million to establish the Center for Evidence-Based Policing and Reform at the University of Mississippi, pending approval by the state’s Institutions of Higher Learning.

After months of planning with the UM Department of Criminal Justice and Legal Studies’ leadership and other academic leaders, the two donors have set out to position the university as a pioneer in this field, preparing police and other officers of the law with specialized training to promote effective, positive responses.

“Look at the past year in our country – that sums it up,” Freeman said. “It’s time we are equipping police officers with training and ensuring ‘law enforcement’ is not defined only as a gun and a stick. Policing should be about that phrase ‘To Serve’ found on most law enforcement vehicles.”

The center, which will be located in the Garland, Hedleston, and Mayes (School of Applied Sciences) buildings, will be the only one of its kind at a Mississippi university and one of a few in the nation. University leaders say they plan to build relationships and share data with policing agencies as well as use the data to enhance the preparation of students in criminal justice.

UM’s Department of Criminal Justice and Legal Studies has established three primary roles for the center, beginning with training for police and other law enforcement in Mississippi and, as the center develops, around the country, using evidence-based practices that allow officers to be more proactive. Other training will focus on how police can better engage the community in crime prevention.

Training also will address how to improve community members’ perceptions of and trust and confidence in police, and how to improve their willingness to call the police in a time of need, said Wesley G. Jennings, UM chair and professor of criminal justice and legal studies.

When asked if any one of the numerous accounts reported in the media about police encounters stand out to him, Freeman shook his head.

“All the stories are stuck in my mind,” he said. “I often talk to police officers when I see them out and ask how they would do their work if they didn’t have guns. Support of this center is about finding ways to help officers and arrive at solutions.”

“The goal should be to give officers as many tools as possible to do their jobs more effectively,” said Keena, an associate professor of criminal justice. “Our faculty will address critical issues inherently interwoven in the current and historic landscape of policing such as race, class, bias and lack of compassion.

“Requiring law enforcement only to be recertified in the use of their guns each year is not sufficient.”

The gift will be allocated into two funding streams: $500,000 directed to start-up costs, and $500,000 placed in an endowment for long-range sustainability. Immediate steps are being taken to pursue center- and donor-prioritized activities throughout the summer.

UM Chancellor Glenn Boyce said he is grateful to Freeman and Keena for committing funds for the center.

“Linda Keena and Morgan Freeman are helping found and equip an academic center, where our professors and students can not only develop realistic solutions but also offer training to police forces,” he said. “Our flagship university wants to strengthen the work of police forces in our state and beyond, particularly those in more rural communities that might not have as many resources as departments in large metropolitan areas.”

“Interest exists on all sides – police, citizens and policymakers – to see an infusion of evidence-based practices into policing,” Jennings said. “While police relations with certain segments of the community have historically been tenuous and strained at times, the source of this mistrust and fear has never been more nationally and internationally recognized until recent, tragic events and the subsequent protests and movement to address social injustice.”

By providing generous funds to launch this center, Keena and Freeman are forging their legacies as conduits for innovation and advancements in policing, Jennings said.

“It is important to understand that the goals of this center certainly cannot be realized overnight but will happen as a result of a collective, focused and evidence-based approach and commitment,” he said. “Success only will occur if there is effective and genuine buy-in from police, community stakeholders and constituents, and one of my critical tasks will be to foster these relationships.

“We have no agenda in launching this center except to be a resource through science and data vital to police and other law enforcement officials.”

The criminal justice and legal studies department falls under the School of Applied Sciences, where Peter W. Grandjean is the dean.

“This generous and visionary gift comes at just the right time and with the correct people in place,” Grandjean said. “The Center for Evidence-Based Policing and Reform is urgently needed to inform and serve our policing agencies, educate our current and future law enforcement leaders and nurture community trust.

“Dr. Keena transformed criminal justice education at UM. This new center, under Wes Jennings’ leadership, builds on the foundation she established and is certain to usher in data-driven changes in policing across our nation. The center’s initiatives align perfectly with our school’s vision, ‘that all are equipped to advance their profession, serve others and improve the human condition through discovery, ingenuity, hard work and compassion.’”

Keena has witnessed the criminal justice and legal studies department’s growth since joining the faculty in 2009. When she was serving as interim department chair, she recruited Jennings.

“I knew he was the one to steer us and take the department to the next level,” she said. “We have been very deliberate in bringing about change in our own department. I think everything from the diverse, talented faculty to our new graduate programs are in place to provide the perfect environment for this new center.”

Freeman agreed with Keena’s assessment and added that he thought UM was the “best choice” for their gift because “Mississippi’s flagship university continues to lead the state forward.”

Individuals and organizations can support the Center for Evidence-Based Policing and Reform by visiting https://umfoundation.com/cebpr. Checks also can be mailed to the University of Mississippi Foundation, a nonprofit 501(c)(3) corporation of the state of Mississippi, with the center’s name written in the memo line, to 406 University Ave., Oxford, MS 38655.

For more information, contact William Fisher, development associate for the School of Applied Sciences, at wjfisher@olemiss.edu or 662-915-2293.