Out in the Grove: Oxford’s LGBTQ+ community celebrates Pride 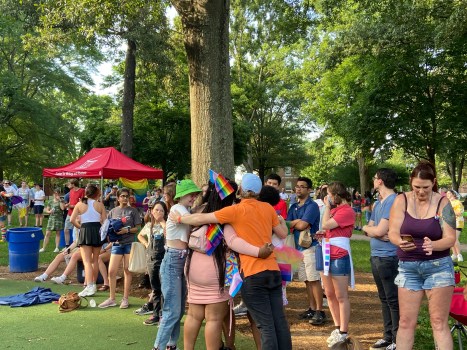 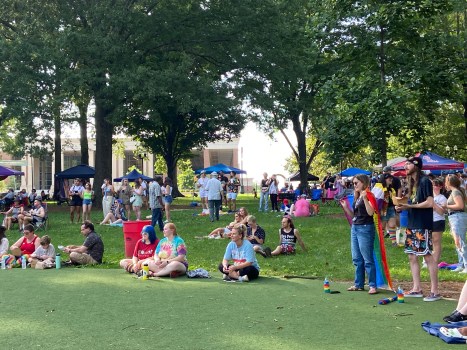 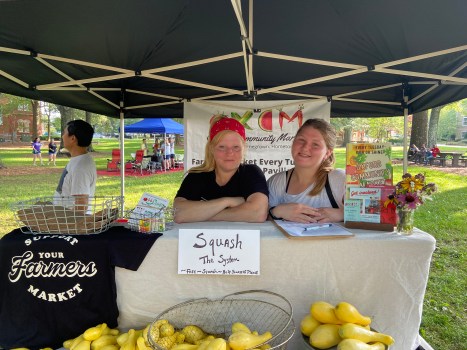 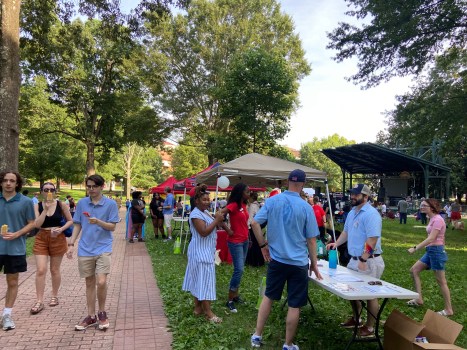 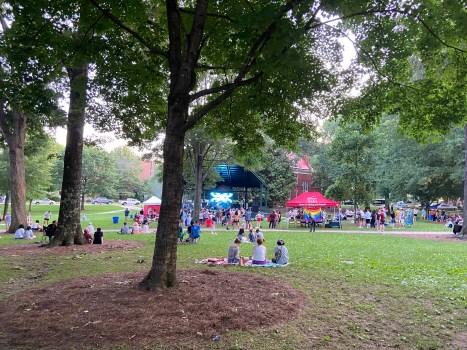 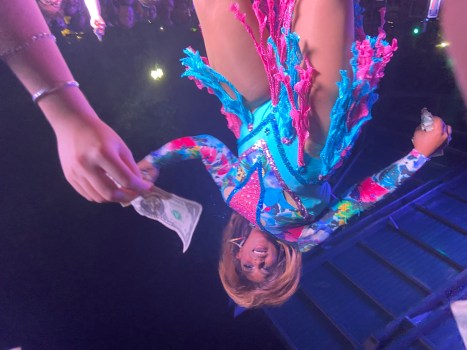 Members of the Oxford and university community gathered in the heart of the University of Mississippi campus yesterday for Out in the Grove, a historic event celebrating the LGBTQ+ community in Lafayette County.

“What I like about this symbolically is we’ve never had anything in the heart of campus in the Grove before,” said Dr. Jaime Harker, director of the Sarah Isom Center. “So just symbolically it’s important to say, we’re here, we’re queer, we throw the best parties, come hang out with us.”

The event, which featured a drag show, live music performances, local vendors, and the crowing of Miss Oxford Pride 2020, drag queen DeePression Holliday, is the latest evolution of Oxford Pride, which began in 2016. The event, which replaced the annual Pride Parade due to scheduling conflicts, is the first since of its kind since the pandemic began, allowing community members to gather in person for the first time in over a year.

“The timing is great because so many of us haven’t seen each other in such a long time,” said Betsy Chapman, Market Director of the Oxford Community Market. “It’s nice to be out and about. Being in the community and being supportive of this event is sending a message that says that Oxford Community Market is a place for everyone. It’s important for us always to demonstrate that we are a welcoming, loving, and supportive campus and community, and this event does that.”

Oxford Community Market was just one of many local organizations and vendors featured at the event along the Walk of Champions on “Issue Ally,” which allowed groups usually featured in Oxford’s Pride Parade to share their mission with visitors. Other groups included St. Peter’s Episcopal Church, Communicare, and the University of Mississippi’s Center for Inclusion and Cross Cultural Engagement.

“You never know how someone identifies, so some of the people, whether they’re community members or students or family of students, when they’re coming to these things, I know its good to just have that representation,” said Hunter Grissom, a student who works with the Center for Inclusion and Cross Cultural Engagement. “It’s good to have something like this in the community. I can think from personal experience, I mentioned this to my mom, and she was just so happy that Oxford Pride takes place and that this is a thing that happens. I think it makes her feel a little bit safer that I am in school here and that it is becoming a safer and more welcoming place.”

Although this year’s celebrations differed from those in years past, Harker says that the mission of pride remained the same: to create inclusive spaces for Oxford’s queer community.

“It’s important that queer kids have spaces to be themselves and not feel like they have to hide, and we’re bit by bit getting more spaces on the square, on campus, in the community,” she said. “It’s important, and we’re really proud of how the community has embraced it, and we hope to keep on going.” 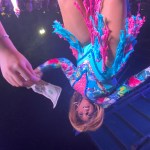 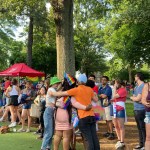 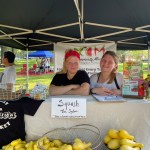 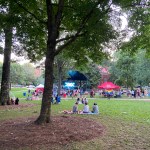 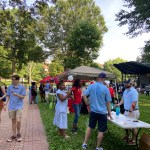 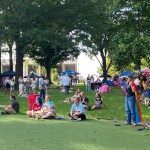