The story of Juneteenth: The new federal holiday 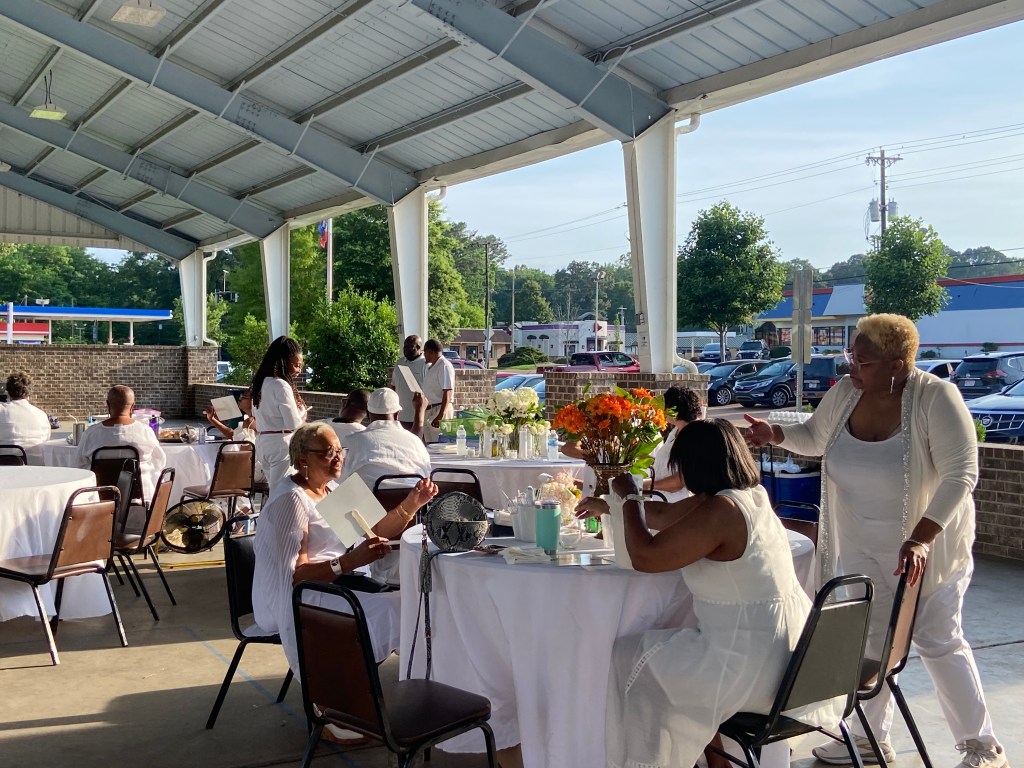 The U.S. government is catching up with Black people who have been commemorating the end of slavery in the United States for generations with a day called “Juneteenth.”
President Joe Biden signed a bill Thursday that was passed by Congress to set aside Juneteenth, or June 19th, as a federal holiday. “I hope this is the beginning of a change in the way we deal with one another,” he said.
The Senate approved the bill unanimously; only 14 House Republicans — a group that did not include Mississippi’s House members  — opposed the measure.

In Oxford, the celebration for Juneteenth began last weekend with Linen on the Lawn and concludes on Saturday with a community block party. Organizers began celebrating the holiday in LOU 12 years ago.

But now that Juneteenth is a federal holiday, many may be wondering about its history.

THE ORIGINS
The celebration started with the freed slaves of Galveston, Texas. Although the Emancipation Proclamation freed the slaves in the South in 1863, it could not be enforced in many places until after the end of the Civil War in 1865.
Laura Smalley, freed from a plantation near Bellville, Texas, remembered in a 1941 interview that her former master had gone to fight in the Civil War and came home without telling his slaves what had happened.
“Old master didn’t tell, you know, they was free,” Smalley said at the time. “I think now they say they worked them, six months after that. Six months. And turn them loose on the 19th of June. That’s why, you know, we celebrate that day.”
Union Maj. Gen. Gordon Granger and his troops arrived at Galveston on June 19, 1865, with news that the war had ended and that the enslaved were now free. That was more than two months after Confederate Gen. Robert E. Lee surrendered to Union Gen. Ulysses S. Grant in Virginia.
Granger delivered General Order No. 3, which said: “The people of Texas are informed that, in accordance with a proclamation from the Executive of the United States, all slaves are free. This involves an absolute equality of personal rights and rights of property between former masters and slaves, and the connection heretofore existing between them becomes that between employer and hired labor.”
The next year, the now-free people started celebrating Juneteenth in Galveston. Its observance has continued around the nation and the world since. Events include concerts, parades and readings of the Emancipation Proclamation.

WHAT DOES ‘JUNETEENTH’ MEAN?
The term Juneteenth is a blend of the words June and nineteenth. The holiday has also been called Juneteenth Independence Day or Freedom Day.
Often celebrated at first with church picnics and speeches, the holiday spread across the nation and internationally as Black Texans moved elsewhere.
The vast majority of states recognize Juneteenth as a holiday or a day of recognition, like Flag Day, and most states hold celebrations. Juneteenth is a paid holiday for state employees in Texas, New York, Virginia and Washington, and hundreds of companies give workers a day off for Juneteenth.

WHY NOW?
The national reckoning over race helped set the stage for Juneteenth to become the first new federal holiday since 1983, when Martin Luther King Jr. Day was created.
The bill was sponsored by Sen. Edward Markey, D-Mass., and had 60 co-sponsors. Bipartisan support emerged as lawmakers struggle to overcome divisions that are still simmering following the police killing last year of George Floyd in Minnesota.
Supporters of the holiday have worked to make sure Juneteenth celebrators don’t forget why the day exists.
“In 1776 the country was freed from the British, but the people were not all free,” Dee Evans, national director of communications of the National Juneteenth Observance Foundation, said in 2019. “June 19, 1865, was actually when the people and the entire country was actually free.”
There’s also sentiment to use the day to remember the sacrifices that were made for freedom in the United States — especially in these racially and politically charged days. Said Para LaNell Agboga, museum site coordinator at the George Washington Carver Museum, Cultural and Genealogy Center in Austin, Texas: “Our freedoms are fragile, and it doesn’t take much for things to go backward.”