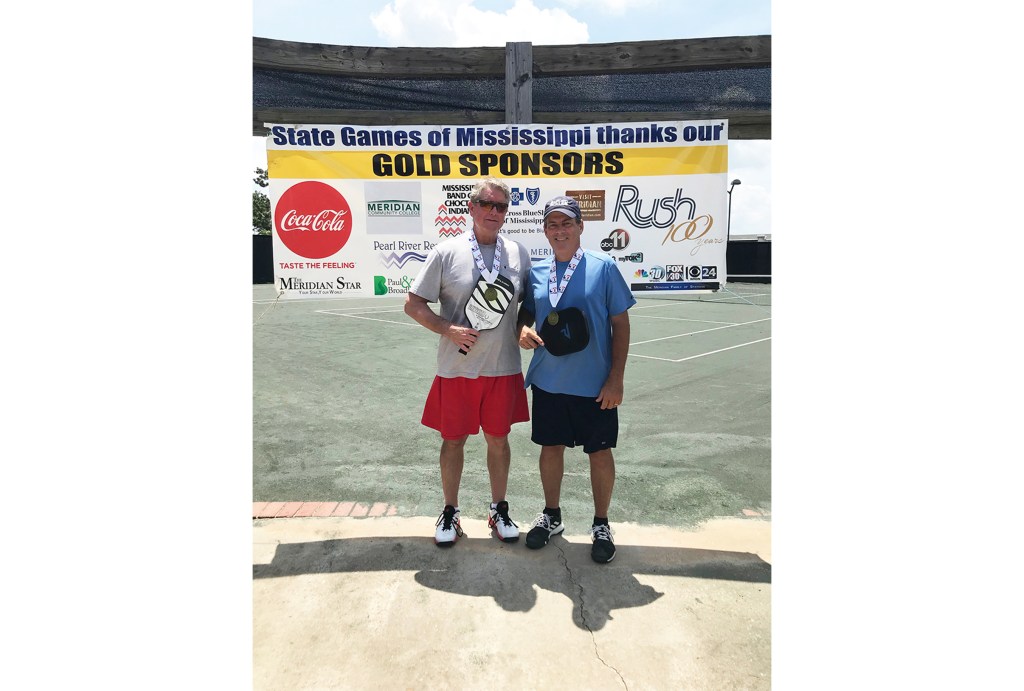 You may not know about Pickleball, but it’s an increasingly popular sport here in LOU and throughout the country.

Neil White and Worth duPerier are two Oxford residents who have taken up the sport in recent years and already finding success. As a team, they recently won gold at the Mississippi State Games in the doubles division of their age group.

Roughly three years ago, duPerier took up the sport and quickly found success and a passion for it as he now teaches classes. White started playing roughly five years ago.

“I fell in love with it. I got addicted,” duPerier said. “We started playing competitively, so we kind of knew what we were doing. That gave me the confidence to go certified to be a teacher.

This was not the first championship for the pair. They won the gold during the Mississippi Senior Olympics in 2019.

Pickleball is a sport similar in philosophy to tennis but different in its method of execution. With the use of paddles instead of racquets and a wiffle ball instead of a tennis ball, players stand seven feet from the net on either side, 14 feet from each other, and serve as if they are playing life-size ping pong.

Players cannot hit the ball inside the seven-foot barrier between them and the net, unless it bounces inside the area, but must hit it while still in the air after crosses.

After spending many years as a competitive racquetball player and then turning to squash, White discovered Pickleball was a more comfortable sport for him enjoy.

“At my age just bending over and swinging as hard as you can (was difficult),” White said. “When I discovered this, you still have to have real quick hands, good hand-eye coordination. But in doubles, you basically have 10-feet to cover, which is one step. So, for people who are athletic but have injured-out of tennis, racquetball or squash, this is the sport.”

The sport has been popular with the 50-plus age groups, but is becoming a youth movement with people in their 20s, 30s and 40s starting to compete in tournaments.

“It was like Wimbledon,” White said of the Mississippi State Games. “Kids in their twenties were just going at it and tons of people around standing, clapping. It’s the new tennis. A lot of people who come play this, they don’t ever go back to a tennis court. It’s not about injury, it’s just about fun.”

Doing his part to help grow the sport in Mississippi, and serving as an unofficial ambassador, duPerier travels for his job and will peak with the country clubs and other activity centers in those towns about Pickleball and setting up space for play.

“I have so much fun. I think kids, adults, everybody needs to start playing,” duPerier said. “I am basically an ambassador for it north Mississippi.”