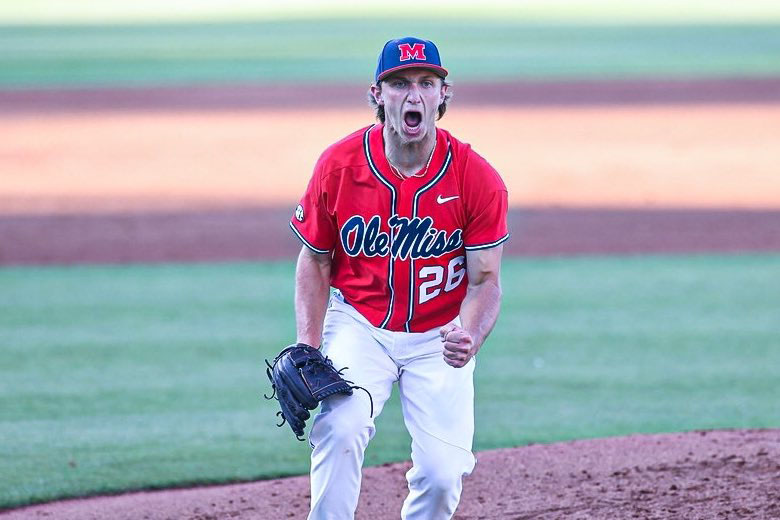 Also named an All-American in 2020 by Collegiate Baseball, Nikhazy is just the fourth player and first pure pitcher to earn two-time All-America status in program history.

The junior out of Windermere, Florida, earned his program-record 12th win of the season in last Saturday’s Super Regional win at No. 5 Arizona. He struck out 10 in the victory, his eighth 10-strikeout performance of the season, to give him 142 on the year. The final outing pushed Nikhazy past Will Kline (134 in 2007) and Drew Pomeranz (139 in 2010) to second on the Rebels’ single-season strikeout chart, behind only Lance Lynn’s 146 strikeout effort in 2007.

The first major highlight of Nikhazy’s junior campaign came in the form of a complete-game, one-hit shutout in front of the largest on-campus crowd in college baseball this season at in-state rival Mississippi State.

The second came in the NCAA Oxford Regional against Florida State, where Nikhazy tied a program record with 16 strikeouts in a 4-3 Rebel victory.