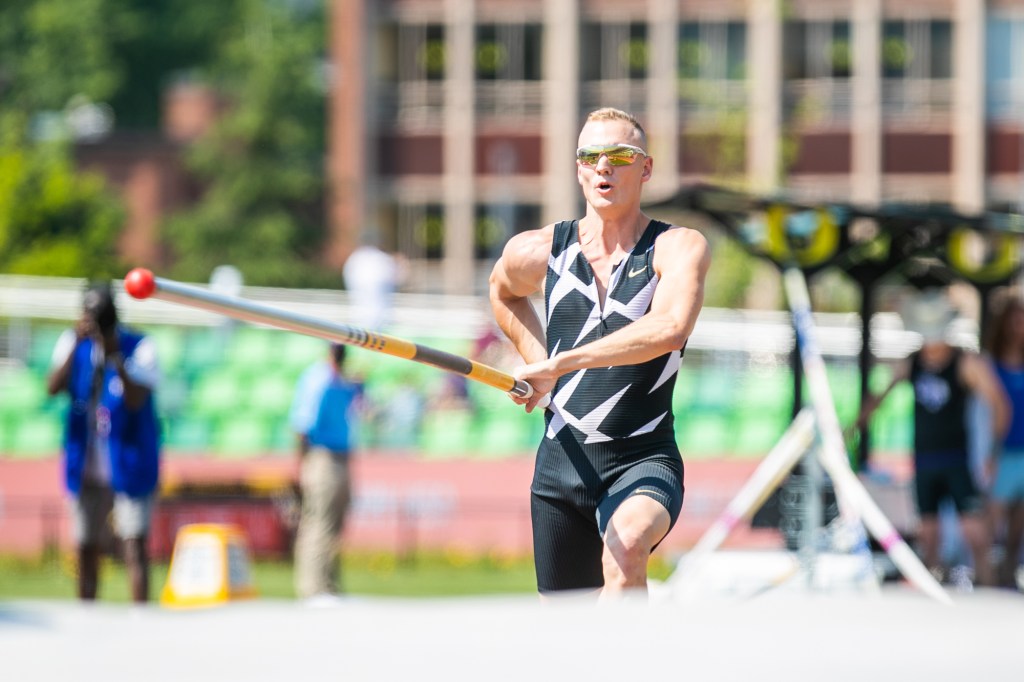 Sam Kendricks is heading to Tokyo.

The Oxford native qualified for the US Olympic team after a top three finish in the men’s pole vault of the US Olympic trials at Hayward Field in Eugene, Oregon, on Monday. It is Kendricks’ second Olympics after making his debut at the 2016 Olympic summer games in Rio de Janeiro, Brazil.

While the two-time reigning world champion qualified for the US Olympic team once again, Kendricks’ streak of six-straight US Outdoor Championships ended  Monday after finishing tied for second with a height of 5.85 meters (19-feet, 2.25-inches). He failed to clear 5.90 meters (19-feet, 4.25-inches) on three attempts.

“Absolute pride is the word … I can’t explain it but I’m gonna try,” Kendricks said. “There were 12 men out there that brought the absolutely best tools they had to offer ,and they respected the game and they knew going in that they couldn’t all win. There’s this culture in my event that I wish we could share with the whole sport. You just can’t make a generation of guys come together like this … This will go down in history as the hardest team ever to make.”

In 2019, Kendricks set a new American outdoor record when he cleared 6.06 meters (19-feet, 10.5-inches) to clinch his sixth consecutive US outdoor championship.

The 2020 US outdoor track and field championships were canceled due to the COVID-19 pandemic and the 2020 Tokyo games delayed to this year.

Kendricks is not returning to his home in Oxford to rest and prepare for Tokyo at his home training compound. Instead, Kendricks will hit the road and continue competing in world events leading up to the Olympic games at the end of July.

“As soon as I go home I’m packing my bag and going to Europe to play against my biggest rivals,” Kendricks said. “There’s nothing like a honing element like competing against the guys you’re going to see in Tokyo, ’cause then you know what they’re made of and what their weaknesses are … You want to be in the mix. There are really only like five or six guys on the day of the final that will have a shot.”

The former Oxford and Ole Miss standout now has the opportunity to go for his first Olympic gold medal. In the Rio games, he took home the bronze medal in his first Olympics experience. The men’s pole vault qualifying rounds at the Olympics will take place on July 31 and August 2 with the pole vault finals taking place on August 3.

Kendricks could be the first American to repeat as a medalist in the men’s pole vault since Bob Seagren, who won gold in Mexico City in 1968 and then followed it up with the silver medal in Munich in 1972.