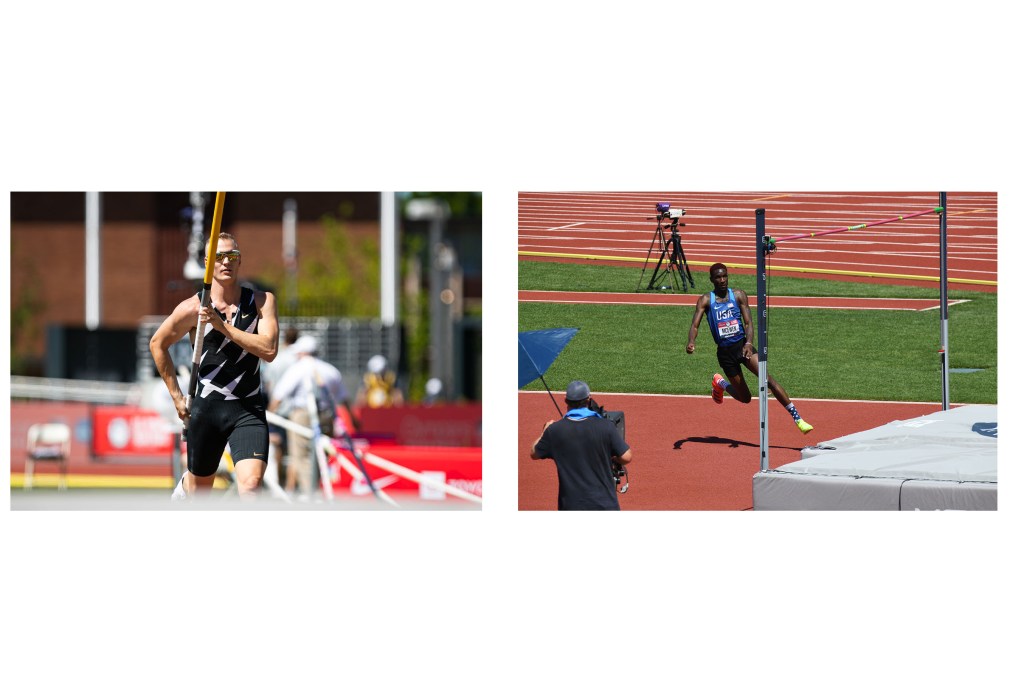 Sam Kendricks, left, and Shelby McEwen, right, will be honored by the City of Oxford with an Olympic send off parade on July 16. Kendricks is competing in his second Olympic games while McEwen is making his Olympic debut with Team USA later this month in Tokyo. (photos by Jay Bendlin Photo/TracktownUSA and Paul Merca/Tracktown USA)

The City of Oxford is planning to send its two Olympians off to Tokyo in style.

During its meeting on Tuesday, the Board of Aldermen approved a request to hold an Olympic send-off parade around the portions of the Downtown Square area, North Lamar Boulevard and 14th Street for Sam Kendricks and Shelby McEwen. The parade will begin at 5:30 p.m. on July 16.

For the first time in history, Oxford High School has two former Charger athletes competing in the Olympics. This marks Kendricks second consecutive Olympic summer games, earning the bronze medal in the men’s pole vault competition during the 2016 Olympics in Rio de Janiero. Kendricks has the opportunity to be the first American athlete to win an medal in back-to-back Olympics in the men’s pole vault since 1972.

For McEwen, it marks the first Olympic games for him after finishing second in the men’s high jump competition at last month’s US Olympic trials in Eugene, Ore.

“We’re going to encourage people to line North Lamar and around the Square with flags and make posters,” said Oxford Mayor Robyn Tannehill.

The Oxford High School and Lafayette High School’s band, cheerleaders, dance teams and JROTC have been invited by Mayor Robyn Tannehill to participate in the parade.

The City is going to use #JumpOxfordJump to commemorate and celebrate both Kendricks and McEwen competing in the Olympics.

The Tokyo Summer games begin later this month with Kendricks and McEwen starting their competitions on July 29 and 30, respectively. The qualifying rounds of the men’s high jump begin on July 29 at 7 p.m. CT with the finals taking place on Aug. 1 at 5 a.m. CT. The men’s pole vault qualifying rounds begin on July 30 at 7 p.m. CT and the finals will be held on Aug. 3 at 5 a.m. CT.