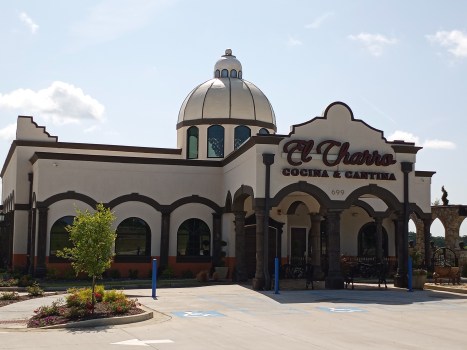 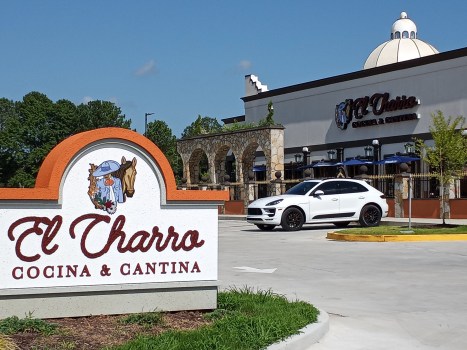 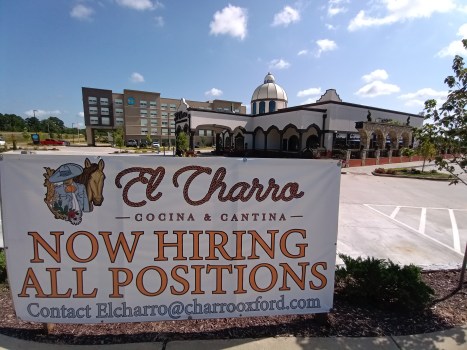 More than 25 years after first opening in Oxford, the popular El Charro restaurant has returned with a new generation in charge.

“Twenty six years ago – it was a Tuesday in January – my father opened his first restaurant where Fashion Nail Spa sits with the name El Charro,” said Ramiro Muñoz Jr.

The family then moved El Charro to 1908 West Jackson where it became Casa Mexicana in 2007, and Muñoz worked there for many years. Now, he is bringing his management skills and experience to the new iteration of El Charro.

The family-owned-and-operated restaurant opened June 29 and has been busy ever since despite keeping everything relatively discreet.

“I learned what to do and what not to do there,” said Muñoz. “I always say ‘If you don’t learn something every day, it’s a day wasted.’ You always meet new people, learn new things about people – it was a learning experience there.”

That is, until the Muñoz family decided to go back to their roots and bring the name El Charro back to Oxford.

“We just felt that the name gave us so much – it’s basically where we started – and the community of Oxford gave us so much, it’s who we have to thank,” said Muñoz. “My siblings and I felt it appropriate to start in the same community my father did under the same name.

“The only difference is we dressed it up a little bit here.”

Muñoz admits wanting to abandon the typical look you see in other Mexican restaurants: the tiled tables, bright colors and funky booths.

“Everyone has done that, everyone knows that,” said Muñoz. “I want to shake things up a little and make some people uncomfortable.”

It threw the younger Muñoz off when Muñoz Sr. wanted to paint the building white, but Muñoz Jr. decided neutral colors were the perfect color palette for the new place.

Muñoz’s brother-in-law even painted the inside of the building except for the dome in the lobby – that was painted by Muñoz Sr.

But don’t let the new look and atmosphere fool you.

“It’s the same rice, same beans, same salsa from back in the day and my father is still in the back cooking everything because he likes it a certain way.”

While the younger Muñoz works the front with his sister Esmeralda Muñoz, Muñoz Sr. ‘s domain is the kitchen.

There he cooks the food and makes sure everything made and served is to his liking.  Almost all the dishes on the El Charro menu are his own recipes.

Customers can try more traditional Mexican dishes like the carne en su jugo, a broth filled with beef and beans that comes from Guadalajara or the molé poblano, a traditional molé sauce served over chicken breast.

Classics like burritos, chimichangas and enchiladas are still on the menu for those looking for something familiar.