JT Daniels talks relationship with Matt Corral: “He can rip it” 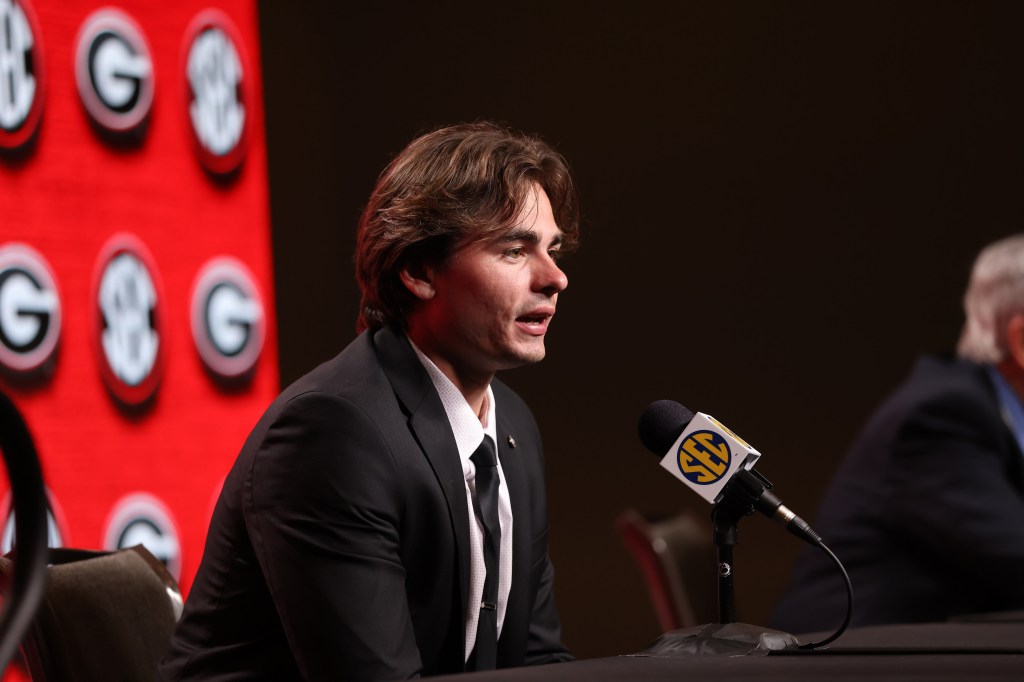 University of Georgia quarterback JT Daniels speaks to the media during the 2021 SEC Football Kickoff Media Days on Tuesday at the Wynfrey Hotel,Hoover,Alabama. (Jimmie Mitchell/SEC)

HOOVER, Ala. — Georgia quarterback JT Daniels is no stranger to Ole Miss signal caller Matt Corral and spoke highly of his contemporary on Tuesday.

During his appearance at the Southeastern Conference Media Days, Daniels spoke about the crop of talented Southern California players, including Corral.

Entering the 2021 season both Daniels and Corral are at the top of the many lists as the best quarterbacks in the SEC, if not the nation. That conversation is expected to continue throughout the season as the two have high expectations for themselves and and their teams.

Daniels first met Corral when he was still in grade school when they two did an FBU camp together. Since then, the two have had a close relation ship, which has grown over the years. The Georgia signal caller’s respect for Corral’s talent was evident when asked about him on Tuesday.

“I remember in seventh grade I did a camp, and I came there and thought I was going to be by far the strongest, biggest arm,” Daniels said. “I had a good arm when I was a seventh grader, and that dude Matt rips it, like as a seventh grader. I thought he was a high schooler.”

Daniels played only four games in 2020, finishing with 1,231 passing yards and 10 passing touchdowns. With Jones and Trask now out of the SEC, Daniels and Corral are expected to battle for the top spot in the conference in 2021.

“He’s just always had a cannon,” Daniels continued on Corral. “We became buddies instantly. Honestly, we’ve become good friends since then. We still talk, Manning (Passing Academy) last year, we hang out whenever we’re around each other. It’s just a good relationship.”

Corral is set to speak during the afternoon session on Tuesday to conclude day two of Media Days.