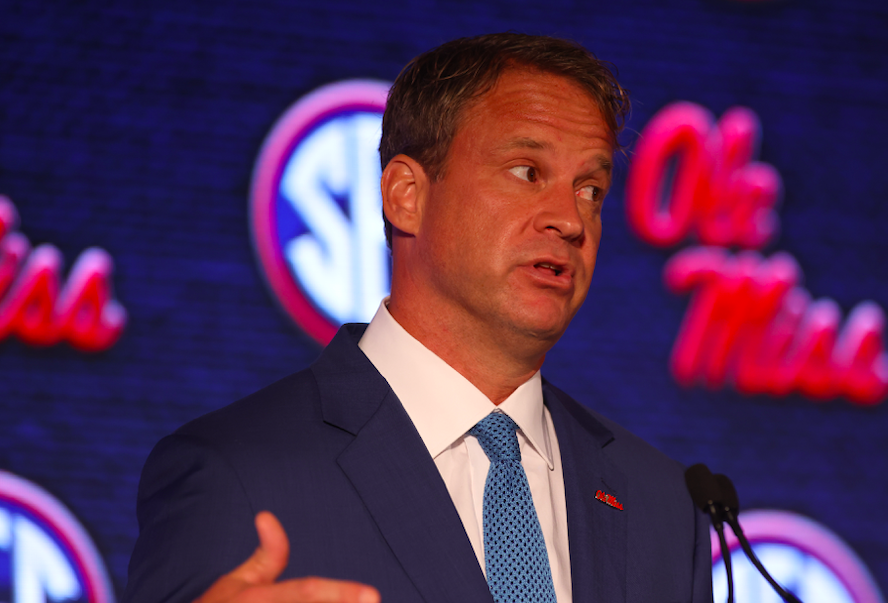 HOOVER,  Ala. — Yes, Lane Kiffin was on the sideline for the 2020 season, but to the second-year head coach this season is like hitting a reset button in many ways.

With the many protocols in place and restrictions towards recruiting last year due to the COVID-19 pandemic, last season was abnormal for all teams but maybe more so for a first-year head coach such as Kiffin.

After being hired in December 2019 with the pomp and circumstance from the landing on the tarmac at the University-Oxford Airport to the welcome ceremony at the SJB Pavilion, normalcy in college football ended for Kiffin.

There was not a spring drill season as the pandemic arrived in March just weeks before the Rebels spring practices would have began. Then there was the year-plus dead period that was implemented by the NCAA, putting Kiffin even more behind in recruiting for a team with many depth issues.

Now, as the 2021 preseason sets to begin in two weeks, Kiffin has experienced his first full cycle as the Rebels head coach. Spring practices were held in April, giving his team a true offseason program.

When speaking to local media ahead of his appearance at the SEC Media Days on Tuesday, Kiffin expressed how this year feels like starting over at Ole Miss.

Earlier this summer the dead period was lifted and Kiffin has been able to have future prospects making official visits again for the first time since before the pandemic began.

With the ability to recruit to the fullest extent again, Kiffin’s staff has been working towards building their 2022 signing class. Getting players back on campus has also helped in the recruiting pitch.

“I would like to think that says something about our assistant coaches, and our campus,” Kiffin said. “Now that kids can get here and they can see the program and meet the people as oppose to meeting in a Zoom. I know it sounds crazy, but we signed kids and they literally got here and were walking around and I barely recognize them because I’ve only seen them on a zoom. I never met them in person (before now).”