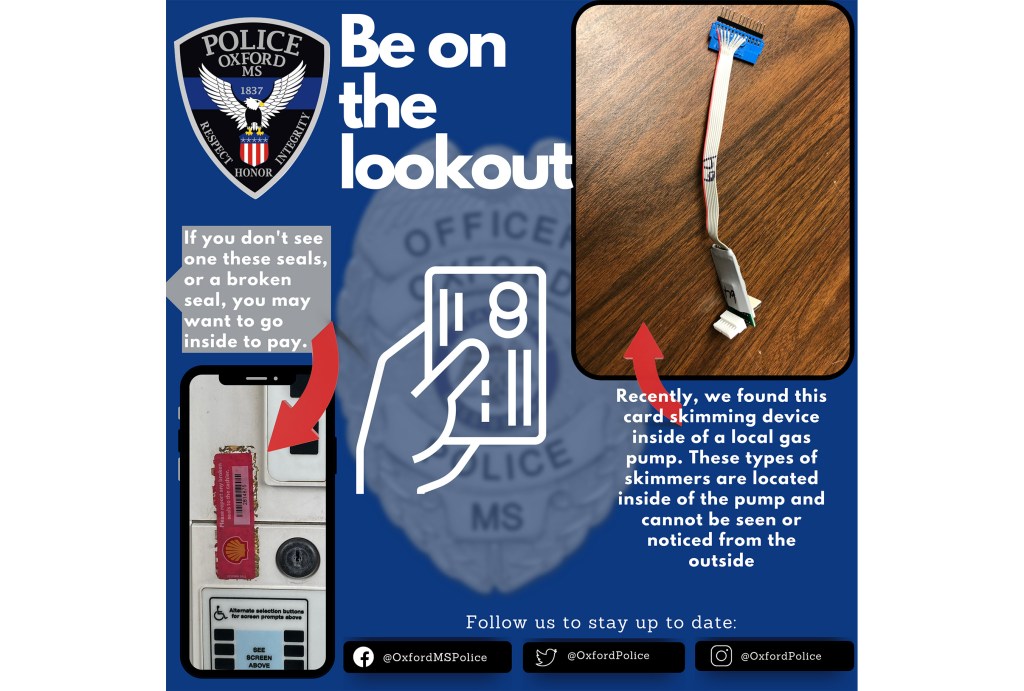 The Oxford Police Department put out a warning to the public on Wednesday regarding card skimmers after one was recently discovered in a gas pump.

Card skimmers, which are devices installed inside card readers at ATMs and gas pumps that ‘skims’ information about a person’s credit or debit card, have been discovered in pumps at several local gas stations around Oxford in recent years.

According to the OPD, when asked by the EAGLE, the skimmer was found by a pump maintenance worker that was servicing the pump. The gas station then called OPD on Friday to report the skimmer.

When the skimmer was installed into the pump’s card reader is currently being determined by OPD.

“We’d like to put this information out so that our citizens can be aware and prepared,” Read a statement from OPD. “If you ever see something suspicious, such as a seal on the pump being broken, contact OPD and we will get an officer to come check on it.”

No other information was provided by OPD due to it being an ongoing investigation. This is a developing story.