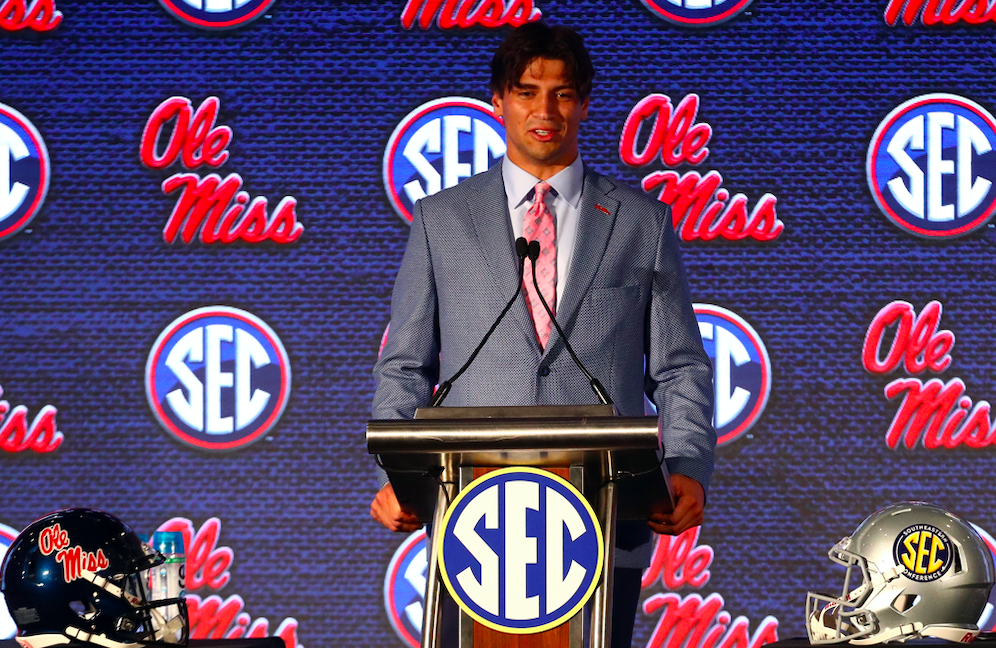 Many have Matt Corral pegged as one of the top quarterbacks in the Southeastern Conference and the media felt the same way.

Running back Jerrion Ealy was the only other Rebel to earn First Team votes. Ealy was voted as the top preseason return specialist and all-purpose player.

Other Rebels to find their way on the preseason list were offensive lineman Nick Broeker and Ben Brown, who were named to the Third-Team.

When it comes to the predicted order of finish in the SEC and its eventual champion, not a lot of change occurred at the top. Alabama is predicted by the media to win the Western Division with 134 first place votes and the 2021 SEC Champion, receiving 84 votes.

Georgia was predicted to win the Eastern Division with 124 first place votes and finished second behind Alabama to win the SEC title with 45 votes.