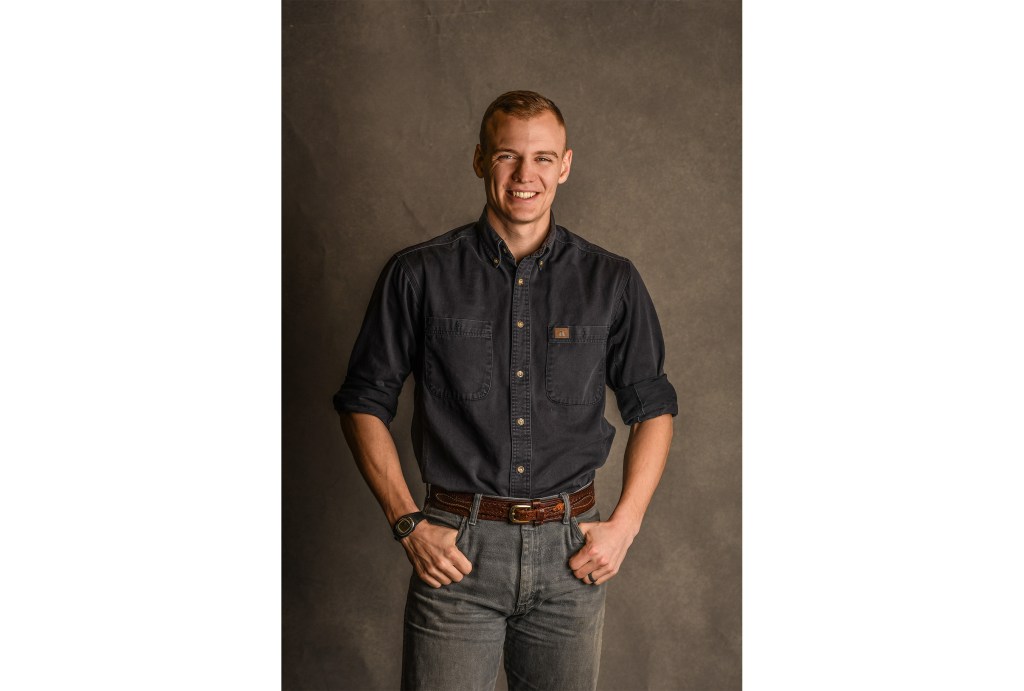 Sam Kendricks is competing in his second-consecutive Olympics next week. He is looking to become the first American male to win pole vault medials in two straight Olympics since 1972. (Bruce Newman)

Editor’s Note: This was the cover story for the 2020 edition of the Profile Magazine

Every child growing up has that one dream; aspirations to one day become a movie star, a doctor, a lawyer… the list goes on.

For Sam Kendricks, his dream was no different than millions of others when growing up and turning on the Olympic games every four years. He wanted to become an Olympic athlete.

The challenge then becomes turning that dream or aspiration into reality, something achievable. It’s a task Kendricks has successfully done, and he could reach the mountaintop of his profession this summer.

Before Oxford’s native son reaches the 2020 Olympic games in Tokyo and steps onto that pole vault runway, he first reflected back to what got him to this point.

His journey began back on the track of Bobby Holcomb Field at the former Oxford High School campus. There, Kendricks started working his way through the ranks of pole vaulting.

First, it was the high school state championships, which didn’t come easily to Kendricks in the beginning, but he went to becoming the odds-on favorite to take home gold that first weekend of May in Pearl.

It was here that the proverbial crossroads lie in front of Kendricks: the decision to pursue his childhood dream or defer to take the path mostly traveled by those who tuck that dream away with the rest of their youth.

He took the path less traveled.

After graduating from Oxford High School, Kendricks chose to continue his track & field career across town at Ole Miss and was able to stay close to home to find the tools to fine tune his skills.

It was there that a harsh realization came to Kendricks, and where his story truly begins.

Despite being told by everyone around town that he was the “best they’ve ever seen,” Kendricks said he knew he wasn’t the “best I’ve ever seen.”

While many athletes do not fully embrace their family and let them into the inner circle of their professional life, Kendricks did the opposite and welcomed his home-grown support team with open arms.

Kendricks’ father, Scott, is his coach and has been since his time at Oxford. The pair have been a winning combination on a global scale, but it was a meet during his sophomore year at Ole Miss where Kendricks said he realized this was the path he was meant to take and was finally good enough to belong on the podium.

During the Texas Relays in the spring of 2013, Kendricks accomplished something nobody else at the collegiate level had achieved in 20 years up to that point. He cleared an attempt of 19-feet, ¾ inches. It shattered the Ole Miss record and was also the highest mark in the world that up to that point in 2013.

From there, Kendricks won his first U.S. title month later.

“You start to realize you scratched the ceiling,” Kendricks said. “You start working on your vertical and you touch the ceiling. But, once you figure ‘I wasn’t touching it before but now I’m scratching on the sky, (it becomes) can I go a little higher? Are we doing something right?’”

With the sky within his grasp, it was on that day that Kendricks was faced with the biggest decision of his life, up to that point. Does he keep scratching that itch after setting the best mark in the world over the past two decades, or does he put that dream on hold to serve his country?

Kendricks was a member of the ROTC at Ole Miss and has since been a member of the Army reserves. The Armed Forces was supposed to be Kendricks’ path, with the ROTC scholarship and the short haircut to match. Instead, what originally was his backup plan overtook the military that spring day in Texas.

“That whole shift came in one moment,” Kendricks said. “All of a sudden, when you realize you’re doing things right enough to get better, you wonder what you can truly do.”

What Kendricks could truly do was take on the world.

The 27-year-old has won six consecutive U.S. championships and will look for his seventh straight this summer while competing to earn his spot on the Olympic national team. This past fall, Kendricks put everyone on notice when he claimed his second-straight world pole vault championship in Doha, Qatar in October.

To the outside world, that unexpected run of dominance turned into expectations and has now turned into a forgone conclusion that not only will Kendricks find the podium – he will be standing on top of the podium.

For Kendricks, the harsh reality of competing at the world-level is always lurking around the corner, keeping him humble and eager to continue to improve.

“That’s kind of the theme of my career,” Kendricks said. “You go somewhere, you think you’re going to do good and then you get whooped and then you go back again with all that experience.”

The roadblocks of defeat only fuel Kendricks’ desire to be the best at what he does. Currently, he is ranked No. 4 in the world of all track & field male athletes, no matter the event. At one point, the only person who was keeping Kendricks from being the world’s top track & field athlete was the world’s fastest man.

The two are friends; Kendricks has even spent time at Bolt’s house.

Accomplishments that lead to experiences such as that are not what drives Kendricks. The drive to become a celebrity is not on the forefront of his mind, which is probably why he is the best at what he does.

Pole vaulting is not the sexy sport that people tune in to watch every four years, but Kendricks has made it appointment television in Lafayette County, and slowly across the nation.

In February, Kendricks got his year off to the right start by setting a new American record of clearing 6.01 meters in an indoor event. However, there are still several events the first half of this year that Kendricks must excel in and be better than his contemporaries before he can punch his ticket to Tokyo.

The U.S. Olympic trials are later this summer, and once Kendricks secures his spot, all eyes will be set on Japan.

Four years ago, he claimed the bronze medal in his first Olympics appearance. The expectation is to become the first Oxford native to win an Olympic gold medal, though Kendricks said he is aware how fleeting an opportunity such as this one is.

“How do you find a way to make sure you don’t waste an opportunity, because they so seldom come?” Kendricks said. “The truth of our sport is, you’re only as good as your last meet. There are so many good athletes, so many.”

From making that historic jump seven years ago to being presented with the opportunity to join an elite club of people to win multiple Olympic medals, Oxford will be watching her native son this summer and cheering for all to hear: “Jump Sam Jump.”