Matt Corral is at peace with himself entering season 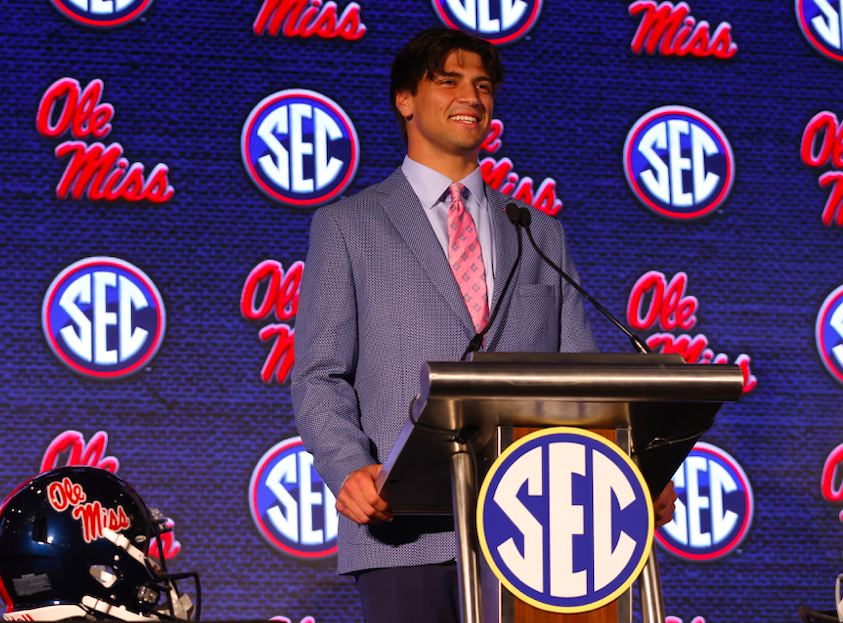 Standing in a room at The Wynfrey Hotel in Hoover surrounded by media, Matt Corral made a very candid statement about his first SEC Media Days experience in 2019 — he was “naive.”

Two years later, the Ole Miss quarterback made the rounds for his second Media Day appearance on Tuesday and had the look of someone who was much more poised and composed when in front of the bright lights and on the main stage answering questions.

The transformation in maturity for Corral occurred once he got an understanding of how to be more confident in the mental aspects of his game. The physical attributes were never something Corral questioned, but the decision to return to Oxford for another season came down to making sure he was ready for the next level in all phases.

“It was never my athletic ability that I doubted. It was never that, ‘I couldn’t throw this ball,'” Corral said. “It wasn’t anything, athletically. It was all mental. It was all the intangibles that I thought I could grow (into). I had it, yeah, but I had the leadership by action. I didn’t have it, vocally. Being able to grow in that aspect and bring people with me and being able to bring everybody together and get everybody on the same page and understand what we’re trying to get done as a team. That’s what I want.”

Acknowledging he was not ready to make the jump to the NFL from a mental standpoint shows the growth and maturity that some college quarterbacks in Corral’s position might not stop to consider before bolting to Sundays.

Now, as Corral is expected to be one of the top quarterbacks in the SEC, if not the country, the signal caller for one of the most-productive offenses in 2020 is a year older and a year wiser, which could cause terror for opposing defenses.

With teams able to have spring practices earlier this year after losing them a year ago due to the COVID-19 pandemic, programs like Ole Miss benefited. Entering a season with the same system as a year ago is a first for Corral, who did not have the advantage of a spring prior to last season.

As Corral, head coach Lane Kiffin and offensive coordinator Jeff Lebby head into fall camp for the 2021 season, the signal caller is already predicting heads will turn once the Rebels take the field in a little over a month from now.

“Everybody just being on the same page and understanding what we need to get done (makes  difference),” Corral said. “That just brings a whole level of comfortability that I’ve never had before. This team – this specific team, right now – is something that I’ve never experienced in my entire life of playing football. When I envisioned a team a year ago, I didn’t know what this was. This is the definition of a football team and I think a lot of people aren’t going to understand that until they really see us in action.”

During his appearance on the main stage on Tuesday, Corral many questions focused on his mistakes in 2020 and how he has responded to those games, including his performance in Fayetteville against Arkansas.

How Corral answered those questions about his six-interception game and other poor performances last season was the product of how he spent his time away for a couple months during the offseason this summer.

With a centered approach and Corral seemingly whole and at peace with himself, the Rebels could be ready to take that next step with their quarterback.