Brewer to head board for the Chamber of Commerce 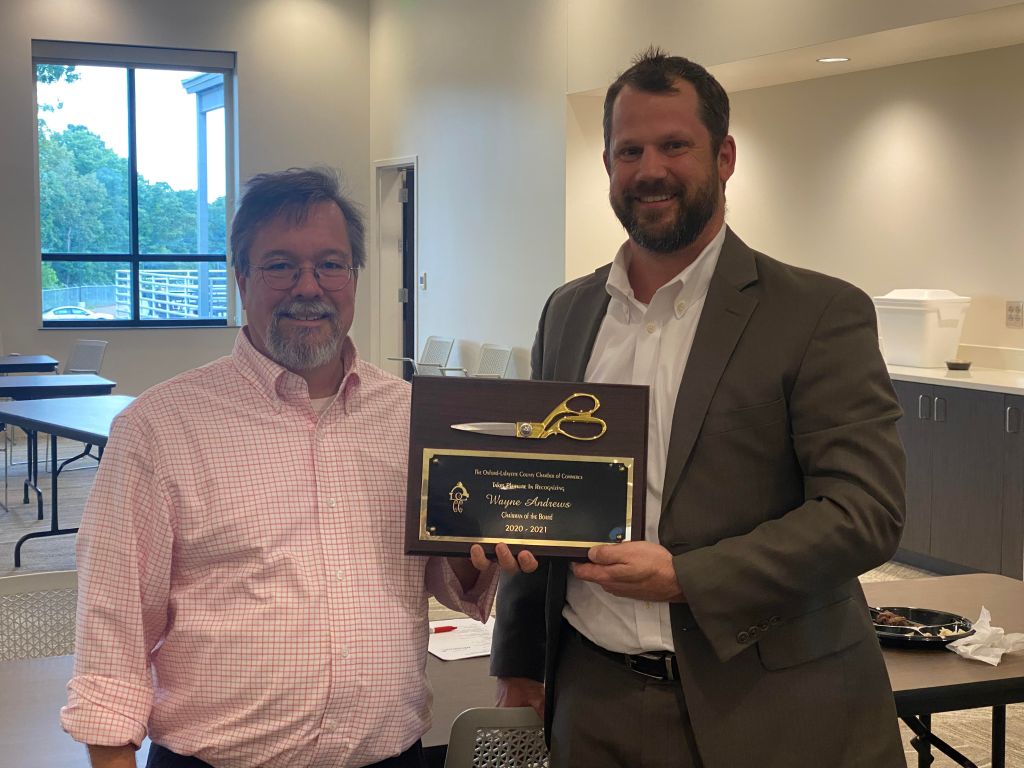 Quentin Brewer will take over as chairman of the Oxford-Lafayette County Chamber following executive director of Yoknapatawpha Arts Council Wayne Andrews’ four-year tenure in the position.

Brewer is hard working, passionate and has great leadership skills according to Andrews, immediate past chairman and executive director of the Yoknapatawpha Arts Council.

“I’m very excited that Quentin’s going to be chair,” Andrews said. “We did Leadership Lafayette together and have been on other committees. I know that Quentin is a great person to have (as chairman) and he will balance out where I have been a little more creative and exuberant, he will be more thoughtful and methodical.”

Before Brewer moved to Oxford in 2014, he was actively involved in committees and was the Clinton Chamber of Commerce president in 2013.

BancorpSouth’s branch in Oxford has been a member of Oxford-Lafayette chamber for decades and as the organization’s vice president and commercial lender, Brewer decided to join the chamber in his new home.

“When I came up here, it’s something that I knew that I wanted to immediately be active in and be a part of because I do know the value in being an active participant in the chamber,” he said.

The chamber has been valuable to the community, Brewer said. Oxford is seeing a lot of new businesses, and the economy is prospering.

“Our chamber has done such a tremendous job already (and is) very active compared to a lot of chambers,” Brewer said. “You can go out there and google Oxford, Mississippi and you’ll see the tremendous job that the city, the chamber and the Economic Development Foundation have done in getting the word out. That’s not something you want to reinvent. You want to keep supporting that and supporting the staff in whichever way.”

Brewer has a firm idea of the chamber’s goals and he wants to expand on the mission by providing more opportunities for people in the community to be engaged.

“I would like to reach out more to businesses outside of Oxford and within Lafayette County,” he said. “I want to make sure that everybody in those areas are realizing that we’re their chamber as well. We want to be just as active and involved in our county businesses as we are in our city businesses.”

Brewer said he plans to contact every member of the chamber by the end of the year for ideas on how they and the Chamber can move forward and work together for a better future.

To speak with Quentin Brewer directly contact him via email at quentin.brewer@bxs.com.