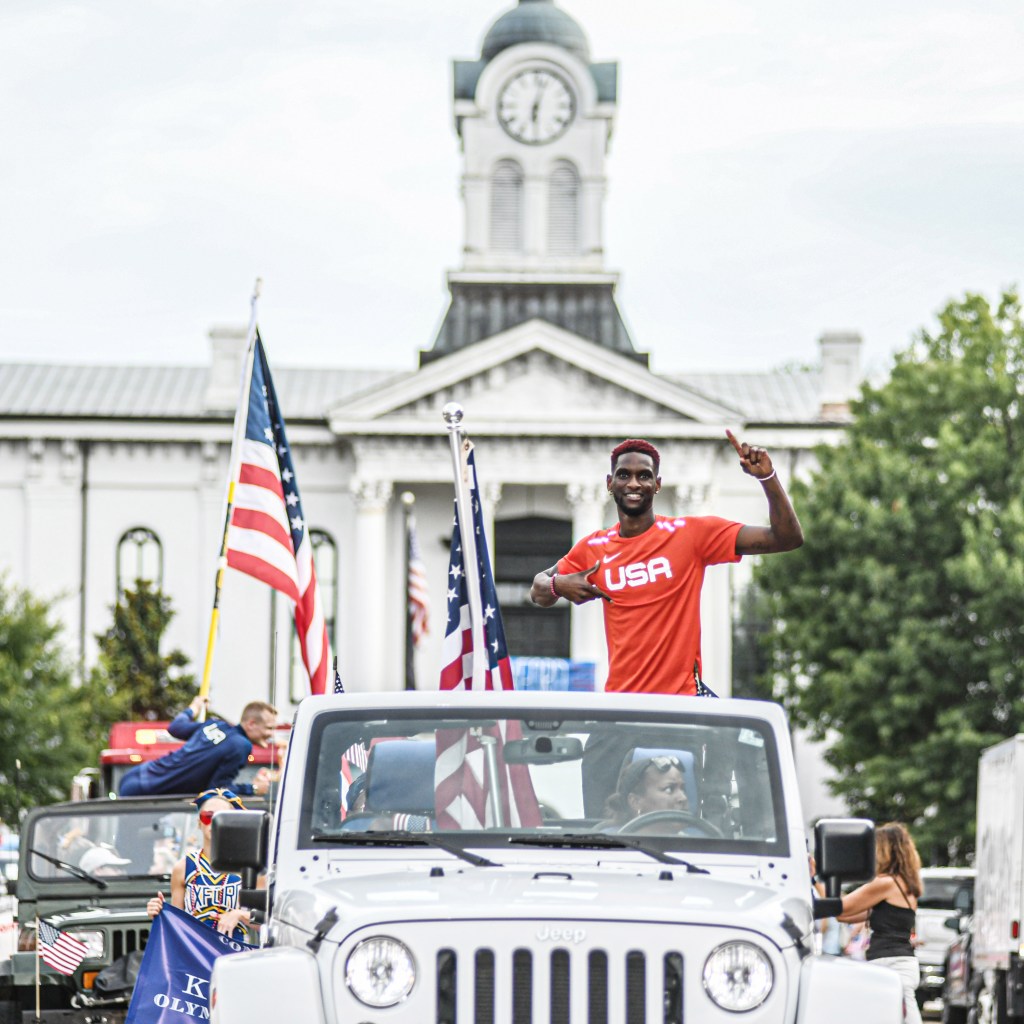 When Shelby McEwen lines up to take his first jump in Tokyo this week, it will be the culmination of achieving a lifelong goal.

The former Lafayette County and Oxford School District standout is competing in his first Olympics after qualifying in the US Olympic Trials last month in Eugene, Ore.

Weeks after qualifying and seeing his name on the official Team USA Olympic roster, McEwen was still in disbelief he was an Olympic athlete. Before loading up in a Jeep Wrangler to participate in the City of Oxford’s Olympic send-off parade for him and fellow Oxonian Sam Kendricks two weeks ago, McEwen was still trying to process his summer.

“It really hasn’t sunk in yet,” McEwen said. “These past couple weeks have meant a lot to me. I went out to the trials and had fun. I executed every jump and went out and punched my ticket and got the job done. It feels amazing.”

For McEwen, who was a track star at Oxford, along with a basketball standout, has become one of the best high jumpers in the world, with currently one of the top three jumps heading into this week’s event.

Placing third in last month’s US Olympic Trials, McEwen posted a jump of 2.30 meters (7-feet, 6.5-inches) to earn his ticket to Team USA. McEwen had also jumped and cleared the Olympic Standard height, which was another way to qualify for this year’s Olympic games.

“It means a lot to just to get to represent my hometown,” McEwen said. “Both Lafayette and Oxford, which I was a part of both schools. Putting on for my hometown and for the family and friends that’s watching. It feels amazing to represent in my first Olympics.”

Heading into the event, McEwen is currently the 16th-ranked men’s high-jumper in the world and one of only two Americans ranked inside the top-20.

Another advantage McEwen might have in the competition is have already jumped in extreme temperatures. During the Olympic trials last month, Oregon experienced extreme heat and record temperatures topping 100 degrees. Following the men’s high jump final, the events were suspended the rest of the afternoon until the evening due to the temperature.

Tokyo is experience extreme heat, more than what organizers of the games had predicted, with humidity reaching 80 percent as track and field events begin.

“The heat off the track was like 130 (degrees). I just had to stay mentally locked in and hydrated the night before,” McEwen said. “Went out and executed and had fun.”

McEwen will not be alone in Tokyo with Kendricks making the trip to the Olympics for a second time. Having a former Oxford alum and friend there is a comfort for McEwen.

The two have already talked about what McEwen can expect in his first Olympic games and how to handle it, mentally. Kendricks, and his father and coach Scott, have both given words of wisdom to McEwen.

“They both talked to me (a couple weeks ago and said), ‘Just go over and get adjusted to the time. Go to practice and do what’s you’ve been doing. Try to rest your leg as much as possible because you want to be dynamite,'” McEwen said. “Hopefully get ready for the competition and be as fresh as possible.”

The men’s high jump qualifying rounds take place on Thursday at 7:15 p.m. CT with the finals set for Sunday at 5 a.m. CT. Each round will be streamed on nbcolympics.com and the NBC Sports apps.