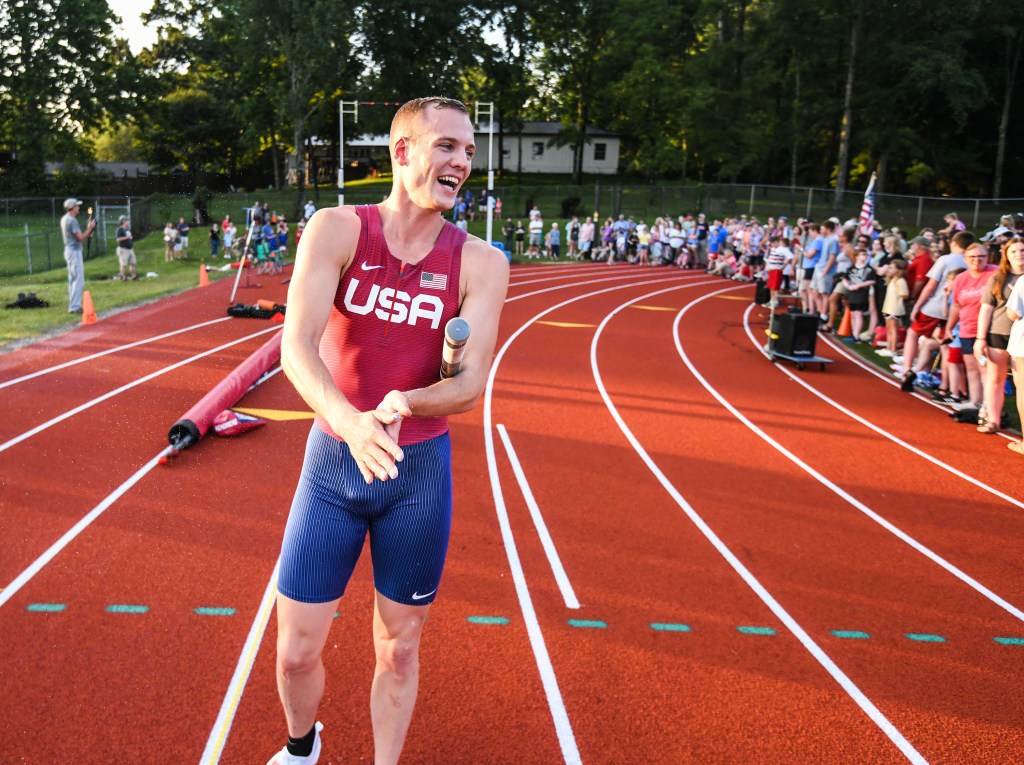 U.S. Olympic pole vaulter Sam Kendricks holds a practice session in front of local fans at Bobby Holcomb Field on July 22, 2021. Kendricks tested positive for COVID-19 on Wednesday and is unable to compete in the Olympics this weekend. (©Bruce Newman)

Sam Kendricks saw his dream of a second Olympic medal was dashed late Wednesday night after testing positive for COVID-19, but Oxford’s native son is taking the setback in stride.

In an Instagram post this morning filmed in the hotel where he is isolating for the next 10 days, Kendricks stated he is “in fine health” and that he will “weather this predicament and isolation for the love of the game.”

During the video post, Kendricks also shared he tested negative in all the tests administered leading up to the Olympics as well as at the airport right before flying to Tokyo. Kendricks said the results of a test administered himself in the hotel room after being put isolation following the positive result came back negative.

“For the sake of protocols, the Japanese say I am out,” Kendricks said in the video. “I have no recourse but to sit in isolation and watch the Olympics. But, I want you to know this: Team USA, you’re always my team and I’ll always be rooting for the red, white and blue.”

The EAGLE spoke with Kendricks’ father and coach, Scott Kendricks, on Thursday who said Sam could potentially be retested in six days and be allowed to travel if the test comes back negative.

Scott Kendricks is taking the same positive approach towards the news of his son missing out on what could possibly have been his last chance to compete in the Olympics.

“We have a really strong faith and you couldn’t characterize has freaking out over this,” Scott said. “From what we understand, this too shall pass and on to the next thing. This sports thing, it’s not an idol. It’s an activity. Obviously Sam loves it and loves the travel and he’ll continue to do it. He’ll be back in action in two weeks.”

Once Sam is out of isolation, his father said he’ll be back in Europe competing in a season that runs through September.

Sam Kendricks out of Olympics after positive COVID-19 test