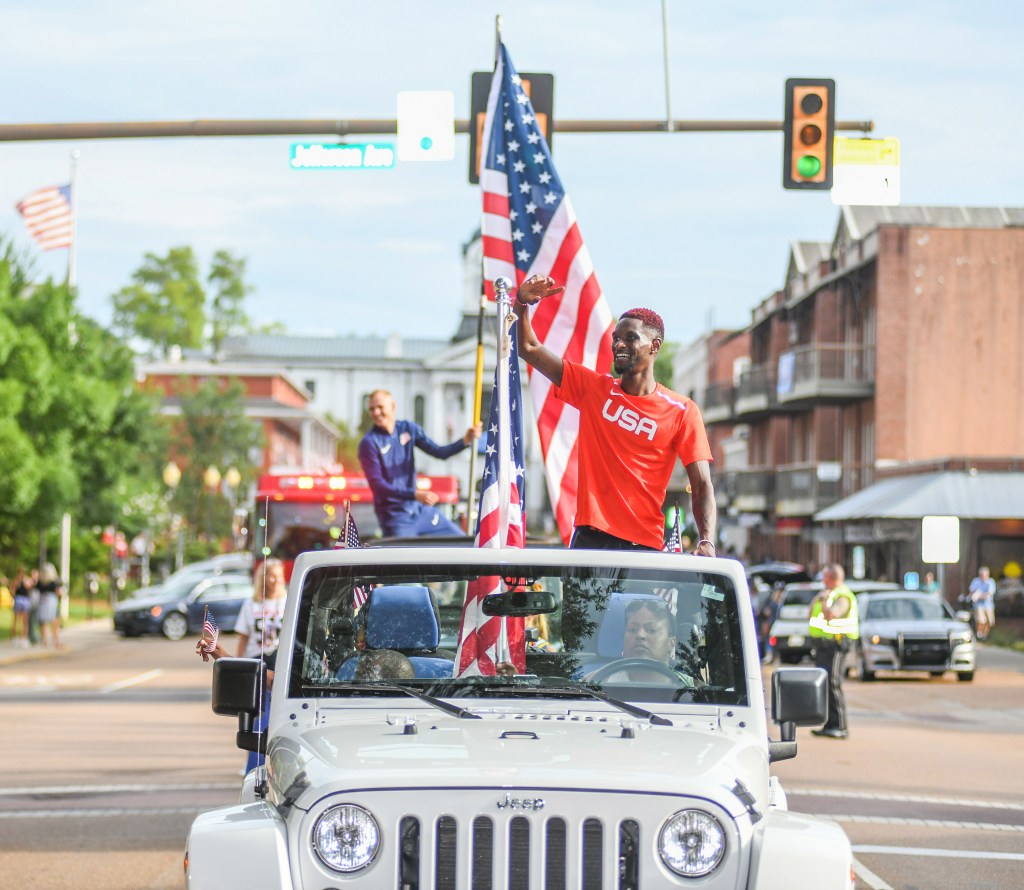 Shelby McEwen’s first Olympic experience continues on after advancing from the qualifying round of the men’s high jump on Friday in Tokyo.

McEwen qualified eighth to move to the finals on Sunday where he will have the chance to compete for his first Olympic medal. There were 13 jumpers who for the final out of 32 who competed in the qualifying round.

From there, McEwen found a rhythm as he cleared his next two attempts at heights of 2.25 and 2.28 meters. Once the competition was down to the final 13 jumpers they ended qualifying before getting to 2.30 meters. McEwen’s personal best is 2.33 meters.

The high jump finals will take place on Sunday at 5:10 a.m. CT and will air on NBC Sports app and nbcolympics.com.