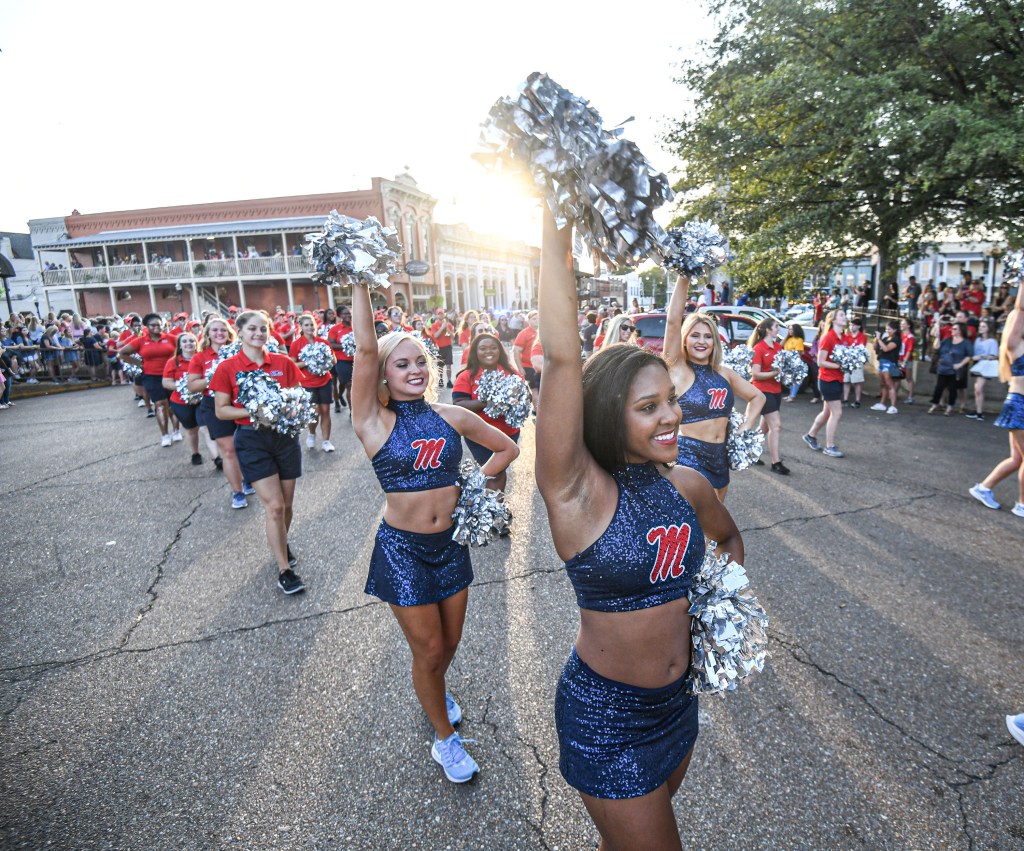 Though it should come as no surprise to the tens of thousands of University of Mississippi fans who pack the Grove for seven Saturdays each fall, ESPN has listed the home of Ole Miss Rebels as the country’s best college town ahead of the 2021 NCAA football season.

In a video segment released this week, ESPN tweeted, “The Grove is an unbelievable Game Day atmosphere. What is your favorite college town?” with a video and graphics proclaiming Oxford as its top college town. The home of UM edged out Athens, Georgia, another Southeastern Conference university town, as the nation’s best college town.

The Big 10 rounded out the rankings with Madison, Wisconsin, in third, and Ann Arbor, Michigan, fourth and State College, Pennsylvania, placing fifth.

Chancellor Glenn Boyce said the university is appreciative of the ranking, which confirms what the Ole Miss community has known for decades.

“With this ranking, ESPN has confirmed what thousands upon thousands of Ole Miss students, alumni, fans and visitors have passionately believed for many years: Oxford, Mississippi is America’s greatest college town,” Boyce said.

The experience visitors have on campus is due in part to the city’s strong partnership with the university, he said.

“We are truly fortunate to call Oxford our home, and we’re grateful the city is such a terrific partner,” Boyce said. “Along with its legacy as a wellspring for arts and culture, today’s Oxford is a thriving destination for dining, shopping, entertainment and much more. Like Ole Miss, Oxford is charming, beautiful and a whole lot of fun.”

Oxford Mayor Robyn Tannehill said the city is also happy about the recognition.

“We are thrilled that ESPN has recognized Oxford as the country’s best college town,” Tannehill said. “We certainly agree! Oxford and Ole Miss complement each other so well. We are looking forward to the fall crowds as our community celebrates!”

Keith Carter, UM director of intercollegiate athletics, who is also an alumnus and former Rebel basketball great, agreed with the ranking in his own tweet.

“Been saying this for about 25 years,” Carter said. “Best place in the world!”

This year, Ole Miss football is drawing hype as a possible contender for the SEC West, and excitement about the season is high. Coach Lane Kiffin leads his squad into its first matchup of the season Sept. 6 in Atlanta against Louisville, followed by the Rebels’ first home game against Austin Peay, scheduled for Sept. 11.

In the ESPN segment, local restaurants are touted. The Grove and Oxford are celebrated for the welcome that gets rolled out to visitors, and the intensity of the fan base is also mentioned as a factor in the decision.

David Pollack, ESPN college football analyst and former Georgia Bulldog All American football player, chimes in on the ESPN video. Pollack, who was on the 2014 “College GameDay” broadcast from Ole Miss, also has the perspective of someone who has been to the Grove for some major college football showdowns.

Though Oxford beat out Athens, home of his alma mater, Pollack noted the splash Ole Miss made and gave props.

“‘GameDay’ went there several years ago and it’s hard to disagree (with the No. 1 ranking),” Pollack says over video of fans in the Grove. “Look at the people, the Hotty Toddys are out. It’s insane. The Grove is unbelievable Game day atmosphere, but the town is full of football junkies.”

University of Mississippi to temporarily require masks in indoor…