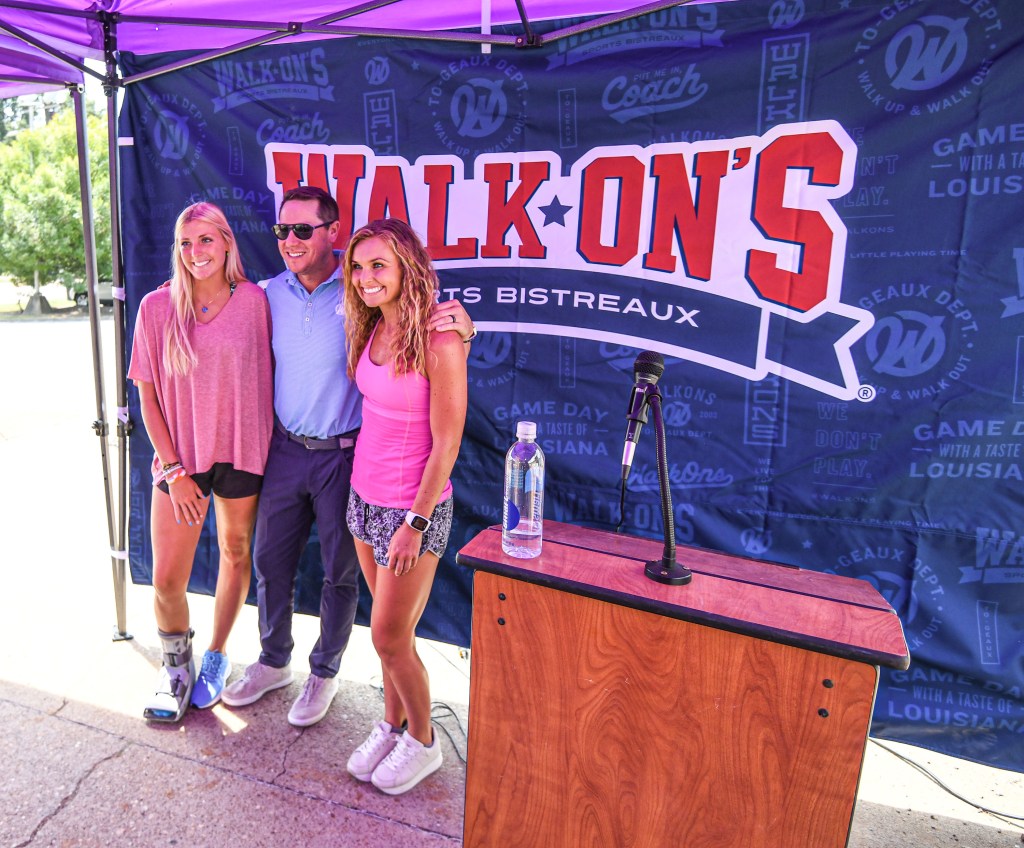 Last month, college student-athletes had the ability to sign Name Image and Likeness (NIL) deals and on Thursday, two Ole Miss soccer players did just that.

During their ground breaking ceremony, Walk-Ons Sports Bistreaux announced they had signed NIL deals with Channing Foster and Molly Martin. Both Foster and Martin are returning this season for their extra year of eligibility granted by the NCAA due to the COVID-19 pandemic.

While NIL deals have been announced across the country since the July 1 start date, most of them have been from the big three major sports — football, basketball and baseball. With Foster and Martin signing a deal with Walk-Ons, it is the first sign that other sports are going to start benefiting from NILs as well.

“I think it’s a really cool opportunity with the way everything is changing for college athletes,” Foster said. “Obviously, you think about it affecting the big-name football players and basketball players. So, it’s cool to see that there are some opportunities for soccer players and other sports.”

Signing Foster and Martin is the first step in getting more Ole Miss athletes on board with the Walk-Ons Family of Athletes. The company is expecting to rollout their national campaign next week.

Finding ways to reach sports that are not football, basketball or baseball is the key strategy for Walk-Ons NIL program, according to Bailey Richard, who serves as regional marketing support for Walk-Ons.

Aiming to localize their efforts with the college athletes they sign is another goal.

“I think we’re more excited about that, honestly. That we can take girls soccer. We can take women’s lacrosse, swim team and people who might not always get recognized even though they work just as hard as a football player, a baseball player,” Richard said. “We need to be different. We don’t always look for the hard-working athlete. We look for, ‘Are you a good person?'”

Both Foster and Martin will serve a local brand ambassadors for Walk-Ons. Oxford’s location, which will be located behind Burger King off University Avenue, is expecting to be open by late October or early November.

Other notable NIL deals made with Ole Miss athletes that have been announced include quarterback Matt Corral, who signed a deal with memorabilia company Panini America, and linebacker MoMo Sanogo, who announced a clothing line and has helped with summer football camps.