Regents School of Oxford’s volleyball program on the rise 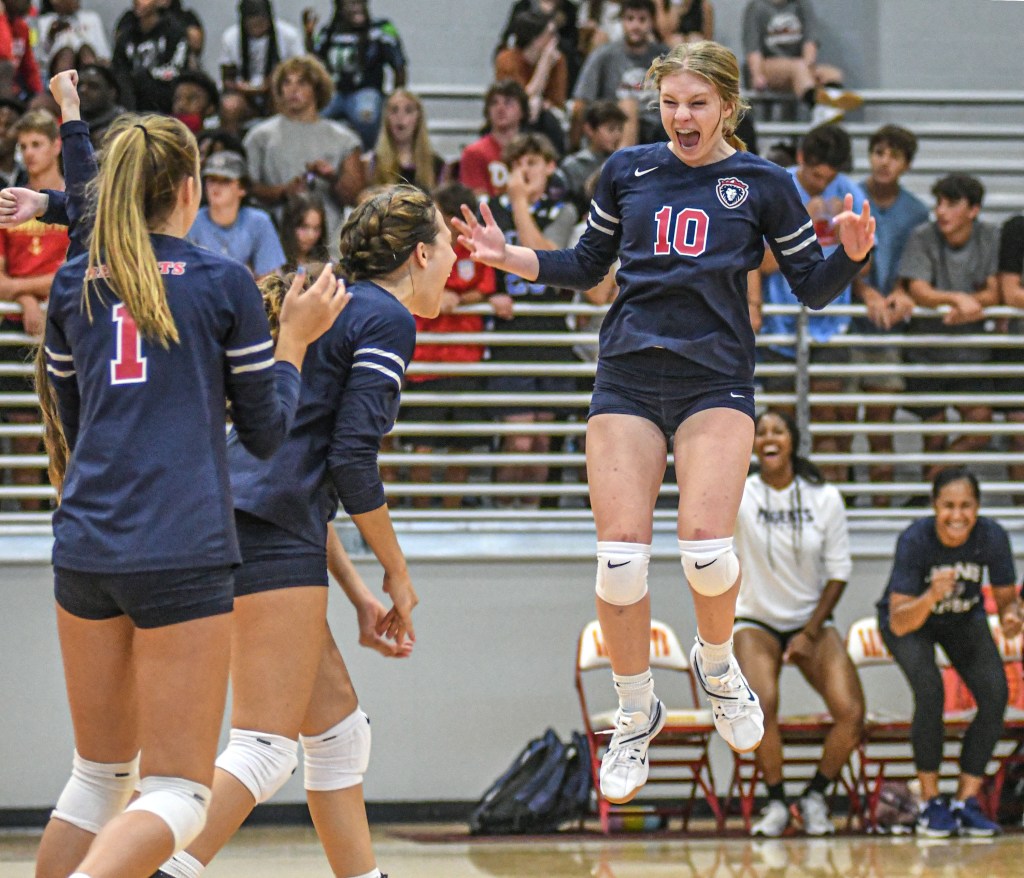 The Regents School of Oxford returned to the Midsouth Association of Independent Schools (MAIS) last year and the school’s volleyball program is already making waves.

Since former Oxford head coach Kacie Hengler took over the Lions’ volleyball program in 2020, there has been an upward trajectory. One of the biggest examples of the program having positive momentum came on Tuesday with the Regents 3-2 win over Lafayette in the Commodores season opener.

Despite it being one of the first matches of the young season, the Lions victory against a Class 5A school is one of their biggest over the last two seasons.

“We’ve had a lot of really close moments,” Hengler said. “We went to five (sets) with Hartfield (Academy) and that was huge for us. So, it just felt really good to be able do the same thing but finish this time. I’m so proud of these girls. It’s so early in the season and they’re already killing it out there.”

Nine matches into her second season with the Lions, Hengler is starting to see the vision she has for the program. Despite losses to Class 6A powerhouse Brandon and MAIS contender Jackson Prep, which Regents lost to in last year’s playoffs, the Lions are quickly becoming championship contenders themselves under Hengler.

Tuesday’s win over Lafayette was one that Hengler said the team could build off of moving deeper into the season. A key word she kept going back to following her team’s victory was “confidence.”

“Last weekend they gained a lot of trust and just learning where each other were (on the court),” Hengler said. “We have a new setter that just moved here from out of state. So, just getting used to that and how to play with one another. They really gained that trust over last weekend and it showed (on Tuesday).”

Regents has only nine players on its roster, leaving very little room for depth on the bench. The roster is also one full of youth with seven players ninth-graders or younger. Senior Jamya Fondren and junior Sydney Fuller are the only two upperclassmen on the team.

Despite the youth and the memories of last year’s straight-set loss to Lafayette, Regents showed the composure of a much more seasoned and experienced team than the roster suggests. Yet another example of Hengler, who also coaches the Oxford Volleyball Club travel team during the offseason, getting the program on an upward trajectory less than a season and a half at the helm.

“We’re a very young,” Hengler said. “To see this turnout, the maturity and the mental toughness (is good). …I was nervous for them. Last year when we came (to Lafayette) they were brand spanking new. So, they were a nervous wreck when we walked in here. I was nervous for them and for how they would handle that.”

Regents continues with the tough challenges this season with matches at Tupelo and a rematch against Lafayette remaining this season along with their MAIS schedule.