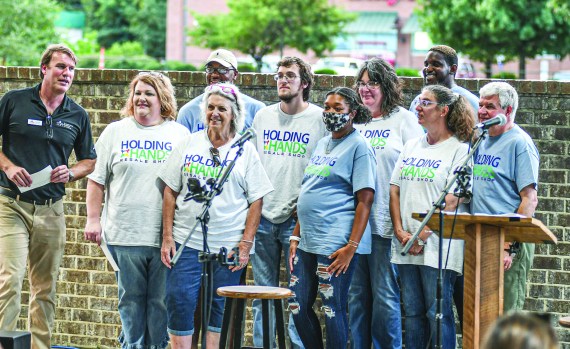 Holding Hands Resale Shop was among nonprofits receiving grants at LOFT’s “A Night for Nonprofits” at the Old Armory Pavilion in Oxford, Miss. on Thursday, August 12, 2021. (©Bruce Newman) 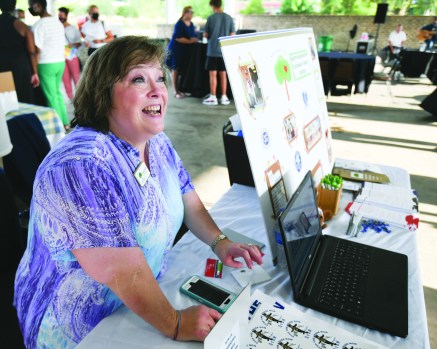 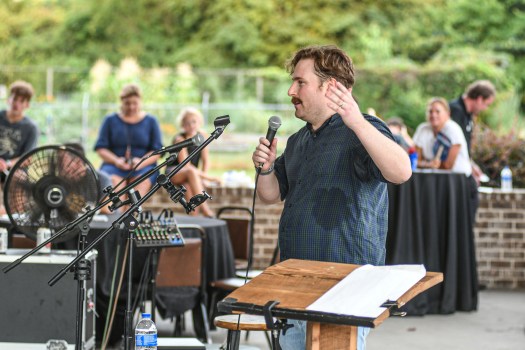 Comedian Connor King performs during LOFT’s “A Night for Nonprofits” at the Old Armory Pavilion in Oxford, Miss. on Thursday, August 12, 2021. (©Bruce Newman) 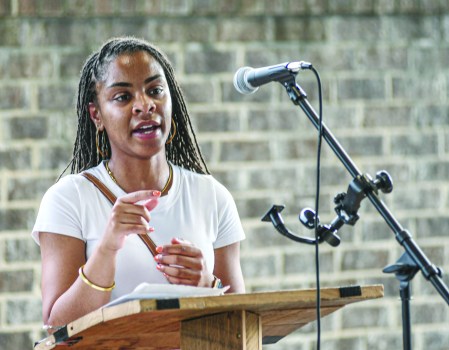 Dr. Castel Sweet gives the keynote address at LOFT’s “A Night for Nonprofits” at the Old Armory Pavilion in Oxford, Miss. on Thursday, August 12, 2021. (©Bruce Newman)

Donna Howard, founder of Holding Hands Resale Shop, was touched to have won the Crowd Favorite Award at the Lafayette Oxford Foundation for Tomorrow’s 6th Annual Night for Nonprofits.

After buying tickets, guests could choose to give their ticket to the nonprofit of their choice. The nonprofit with the most tickets was awarded a $2,500 grant.

“I’m so excited,” said Howard. “It makes me feel good to know that people care about what we’re doing.”

A total of 23 nonprofit organizations participated in Thursday’s event and were awarded a portion of the $30,000 grant to fund their nonprofits or specific projects.

A good number of guests milled around the nonprofits’ tables, mingled and ate a catfish dinner sponsored by Delta Pride and Jack Perkins while they listened to music by Justin Kirk & Company and comedians, Zack Bragg and Connor King.

“I’m very pleased with the event,” said Jody Holland, executive director of LOFT. “There was a great turn-out and great representation of nonprofits. It’s been productive, it’s been impactful and it’s an opportunity for nonprofits to really showcase what they’re all about. It’s highlighting their efforts and good works in the community.”

Howard is one of many people in the Oxford community who are doing good works by reaching out and helping the people around them.

After quitting her job in radiology, Howard put everything into starting Holding Hands which  is now nine years strong. The store employs 15 people with mental illness, thanks to donations of clothing, household items and furniture that it resells.

“[The employees] are respected, they love what they do and they are happy that they have a safe work environment,” said Howard. “That’s the main thing for me is giving them a normal life and making sure they’re being treated as they should be.”

This is Holding Hands’ fifth year participating in Night for Nonprofits and Howard said it’s been a big help.

“It’s really been helpful in spreading the word about us,” said Howard. “I mean, winning the money is icing on the cake, but getting out, getting to know people and getting them to know us really helps a lot.”

President of the LOFT Board of Directors Elise Lee is thrilled with the way Night for Nonprofits has turned out and is happy the event could be held physically.

“You can feel the energy of the community,” said Lee. “To see the support is remarkable. I’m ecstatic and I hope the recipients of the grant feel the same way.” 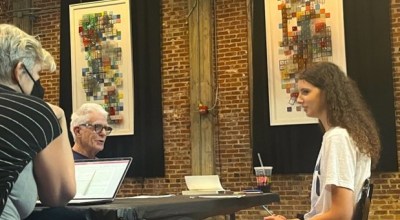 Theatre Oxford presents Another Side of Tennessee Williams at the Powerhouse