City to finish repair on sinkhole 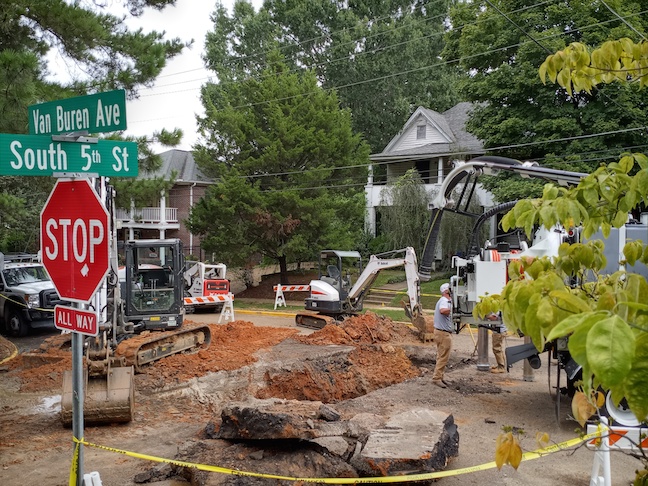 A sinkhole appeared on the corner of Van Buren Avenue and 5th Street on Sunday, August 15. (Photo: Maya Martin | The Oxford Eagle)

The Oxford Utilities Water Division and city engineering crew will finish repairs to the sinkhole on the corner of Van Buren Avenue and 5th Street by today and the road will be reopened soon, according to Rob Neely, general manager of Oxford Utilities.

On Sunday, the Oxford Police Department reported the sinkhole in a residential neighborhood of Oxford to the city’s utilities company.

Oxford Utilities dispatched the Water Division crew to fix a cracked sewer line, according to Neely.

Neely reported that a crack in the sewer line caused the soil beneath the roadway to erode and created a cavity.

“We are working to repair it as quickly as possible,” said Neely.

Oxford Utilities reports that the cause of the damage to the sewer line is unknown.