Kiffin not impressed with defense’s progress after first camp scrimmage 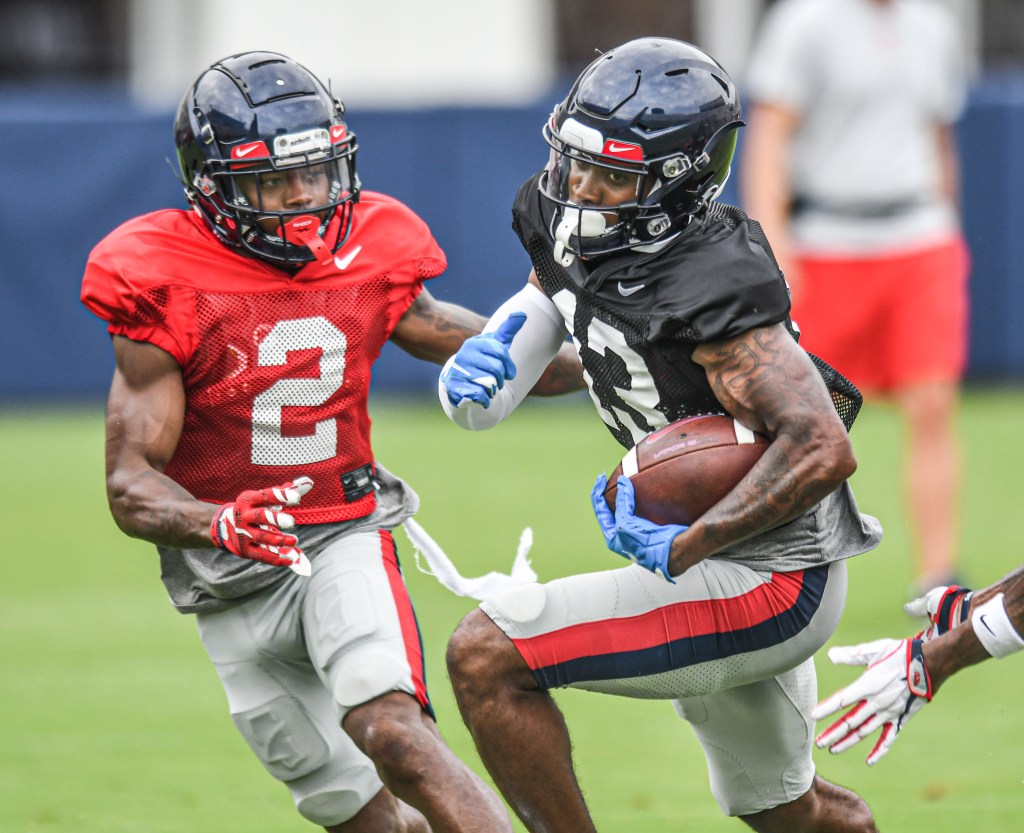 One week of fall camp is in the books and it was capped with Ole Miss’ first scrimmage, which did not bring shining reviews for one side of the football.

Knowing improvements are needed after last season’s performance, the Rebel defense did not give head coach Lane Kiffin much to praise after Sunday’s scrimmage inside Vaught-Hemingway Stadium.

On the opening drive, Matt Corral found Braylon Sanders for a deep pass that set up a touchdown. From there it was only worse for the defense during the morning scrimmage.

“Not impressed with the defense. It happens when you scrimmage yourself,” Kiffin said following the practice. “One side does good and you think to yourself, ‘Okay, did this side do good or did the other side do bad?’ We’ll go watch the film. We played a lot of players today. A lot of reps for the ones, twos, threes. Hopefully we’ll learn some stuff from this.”

The entire depth chart on offense managed to make plays on its defensive counterparts. An offense that, on paper is the top returning offense in the Southeastern Conference in term of production, knows what it can do if it reaches its fullest potential.

Backup quarterbacks Kinkead Dent and Luke Altmyer, both vying for the number two slot behind Corral this fall, managed to make plays and move the offense down the field.

Some, not all, key players on offense wore non-contact jerseys that limited the defense’s ability to complete tackles on some plays. Despite that, the defense struggled to bring down players that they were allowed to tackle, causing ire for Kiffin afterwards.

“Poor tackling,” Kiffin said. “We worked on it (Saturday). We came out and didn’t tackle well… a lot of them were just the running backs. Ones, twos and threes missed tackles between the linebackers and secondary. A lot to learn.”

The Rebel running back corps, including Snoop Connor, had a good scrimmage. With Jerrion Ealy seeing a larger role in the offense, Connor and the rest of the running backs will need to step up behind Corral and move the ball when their number gets called.

On Sunday, those running backs did not seem to have an issue doing so against their teammates. The defense was aware of their poor effort in the scrimmage and took it upon themselves to take the blame and to improve during the remainder of camp. That included defensive lineman Tariqious Tisdale.

“We’re just going to keep our head down and keep working,” Tisdale said. “I’m not worried about anything anyone else has to say. I know the work we put in and know what we go through each and every day. That’s all I’m worried about is us growing every day and getting better.”

The Rebels returned to the practice field on Tuesday after a day off. There are three more weeks of camp and practice remaining ahead of their season opener against Louisville in Atlanta on Sept. 6.