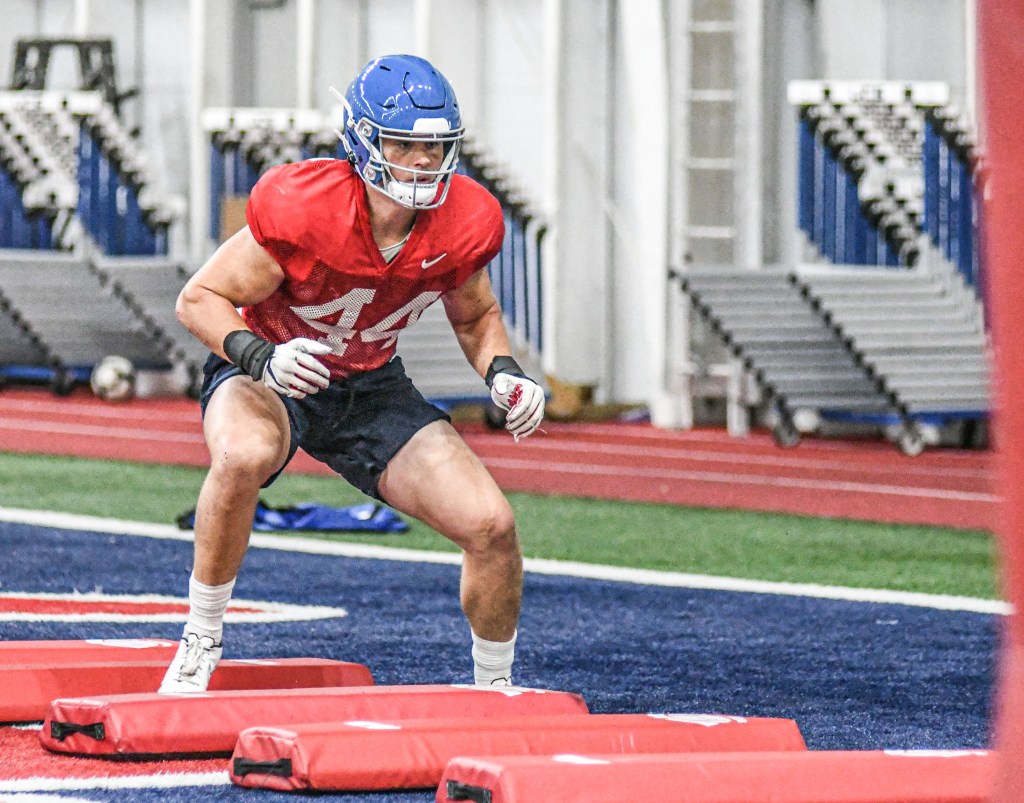 When Chance Campbell loaded up his car in Maryland to begin his drive to Oxford he knew it was going to be a quite the road trip.

What he didn’t know was that it would take him over half a day to get here. One thing he did understand while making the drive to Mississippi was the quick change in temperature and climate the further south he went.

“That drive was a little bit longer than I thought. I put all my stuff in the car. It was a little bit over 14 hours,” Campbell said. “It was kind of funny. The further I drove south, the hotter it got. That was new. It was a pretty smooth change. I was really fortunate. Everybody here did a really good job acclimating me and the people are super-welcoming here. There wasn’t really too much that was difficult.”

While Campbell is adjusting to life in Mississippi off the field, he is still finding his way on the field. The transfer is still earning his spot and working his way up the depth chart, but is expected by his coaches to be a key piece on the Rebel defense in need of major overhaul.

During his time as a Terrapin, Campbell appeared in 25 games at Maryland from 2018-2020. Last season he earned honorable mention All Big 10 honors, leading the Terrapins with 43 tackles and 5.5 tackles for loss in a COVID-shortened, four-game season. His 11.0 tackles per game ranked second in the Big 10 and 12th in the FBS ranks.

Campbell chose Ole Miss as his destination out of the transfer portal without taking a visit to Oxford due to the COVID restrictions by the NCAA and at the state and local level.

One aspect that helped him decide to join the Rebels was the fact former Maryland head coach turned Rebel co-defensive coordinator DJ Durkin was on Lane Kiffin’s staff. Having a familiar relationship with Durkin, who recruited Campbell when he was in high school, made the transition more comfortable.

“That was really important,” Campbell said. I knew Coach Durkin, obviously, from the recruiting process in Maryland and the short time I had with him. Then when I went into the portal, I found out that this would be an opportunity. It was comforting again leaving home and having a familiar face. That was really important. I think a ton of him as a coach and about his ability to develop players and develop men.”

The Rebel defense was one of the worst in the nation last year, which has been mentioned ad nauseam. While Campbell was not here during the 2020 season to experience or witness the struggles, he provided his take on what he’s seen with the current defense during the first couple weeks of fall camp.

“I’ve watched tape (of last year’s defense), but I haven’t been here, obviously, but I can speak on what I see now, and guys are flying around, guys are making plays,” Campbell said. “It’s important to them. They care about the scheme and locking in on their job, doing the best that they can do to the best of their ability…and then just playing together. I think that’s really important we see a defense flying around, everybody does their job and that’s when some magical stuff starts to happen.”