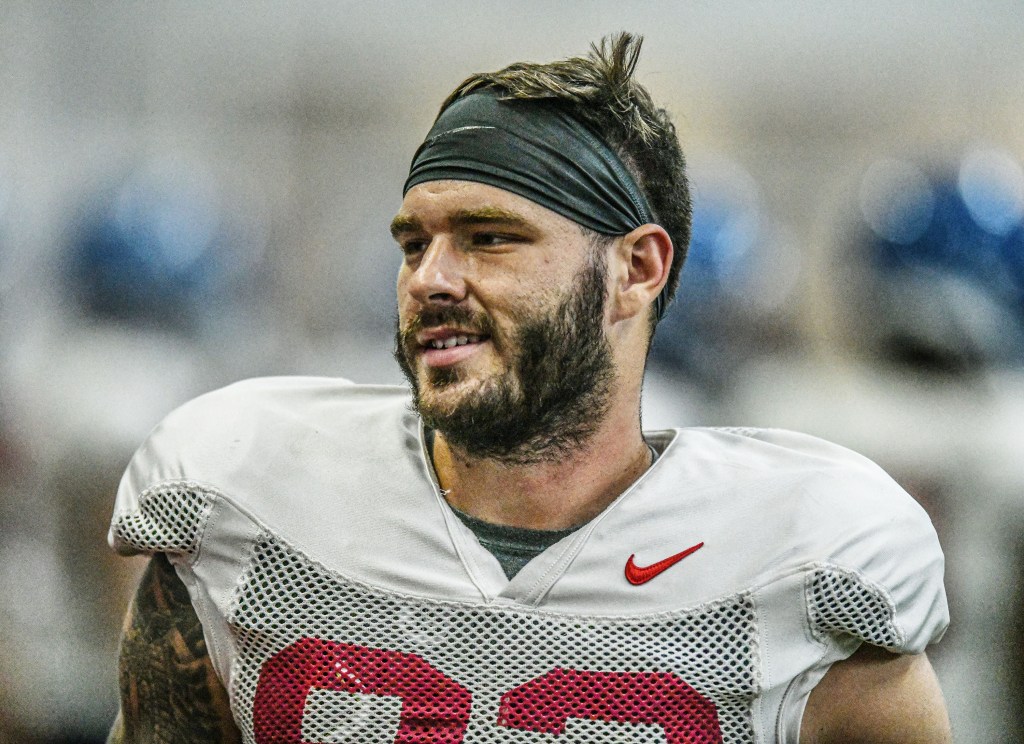 Chase Rogers did not begin his college career at Ole Miss, but it is where he intends to finish it.

The tight end transferred to Oxford after playing his freshman season at Louisiana-Lafayette. During his one season with the Rajin’ Cajuns, Rogers earned All-Sun Belt Conference honors. He played three games during his sophomore before suffering a foot injury that ended his season.

It was then that Rogers, who redshirted during 2019 season after coming to Oxford, made the decision to transfer and come play for one of his home state’s top programs. The St. Staninslaus standout feels more comfortable back in Mississippi and used the word “home” to describe his feelings.

“I dealt with injuries over there, and it just wasn’t the right place for me,” Rogers said. “I was in a bad spot, mentally. I felt like I had to get out of there and come back home where I always felt I should have been. Coming here, when I got here it was like nothing changed. I’m back home. I felt comfortable and everything was great.”

This season provides the biggest opportunity for Rogers to make an impact in the Rebel offense. With Kenny Yeboah leaving for the NFL after his one season in Oxford, the tight end position was one question mark lingering on that side of the ball.

With no clear favorite or starter emerging during fall camp, or none that has been publicly decreed by Lane Kiffin, Rogers is beginning to catch his head coach’s eye in recent weeks. Last Thursday, Rogers caught a touchdown pass during the red zone drill portion of practice.

“Chase has missed part of camp and has been limited for part if it, injury-wise,” Kiffin said. “He seems to be back close to full strength now. He had a really good day (Thursday). He’s done a really good job and done everything pretty well.”

Along with Demarcus Thomas, Luke Knox, Jonathan Hess and freshman Hudson Wolfe, Rogers is vying for snaps and playing time in the tight end room.

Knowing there is opportunity this fall to potentially snag a healthy amount of game time snaps, Rogers has been working on improving his skillset when he’s been able to get back on the practice field following the injury.

“We’re having a great camp right now, me especially,” Rogers said. “I’ve improved in my route running and ball skills on the edge and the perimeter. The blocking, that’s been there and it’s even getting better.”

Kicking Off: Lafayette, Oxford and Water Valley set to…