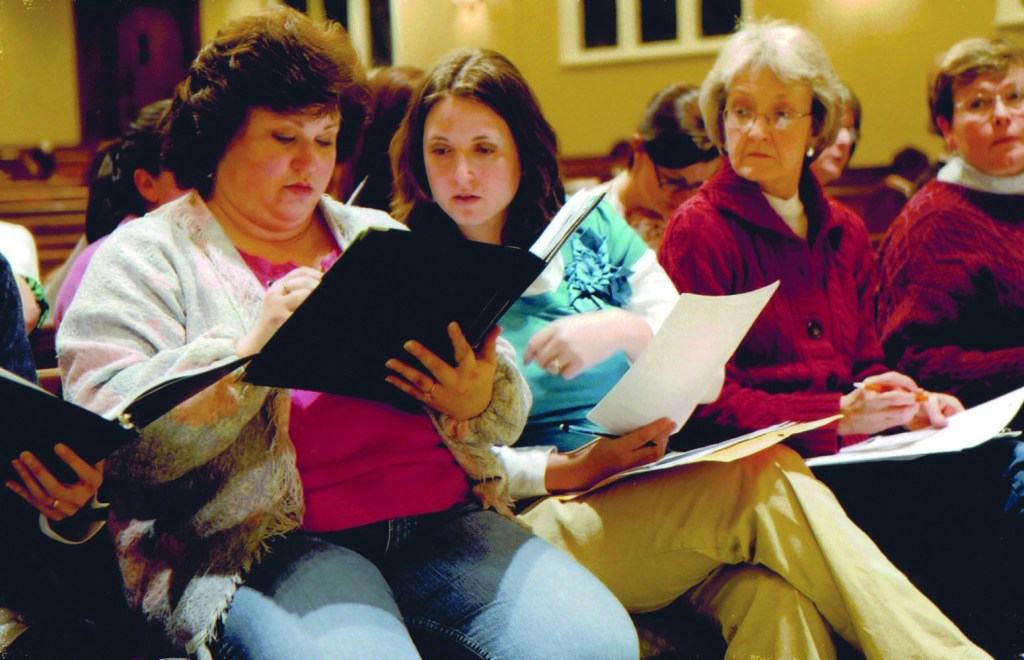 Special to The Eagle

After an 18-month hiatus, Oxford Civic Chorus will reconvene with a new director and is actively seeking new members. Rehearsals are on Mondays from 7-8:30 p.m. at Oxford-University United Methodist Church. Adults 18 and up who are interested in joining may simply attend the first rehearsal Aug. 23. Proof of COVID-19 vaccination is required. Find out more at occ38655@gmail.com or 601-573-5351.

Members perform choral music in many languages and forms, that is accessible to singers yet stretches them both musically and culturally. They have the opportunity to master the fundamentals of good singing, expand their ability to read music and learn to thrive in a performing environment. Semester dues are $50, $25 for students, and help offset the cost of music and operations. A limited number of need-based scholarships are available.

“We are anxious to resume singing after the layoff,” said OCC board president Greg Mitchell. “In addition to our returning singers, I have heard from several people who are joining us for the first time. We welcome all ages — you just need to love to sing and have some very basic skills. Many people sang in high school and college but don’t know about community choirs. It’s a lot of fun, and you get to sing all types of music.”

OCC held its first rehearsal in August 1998, with 40 volunteers rounded up by UM music student Gabriel Statom and music department faculty Martha Hitch. They held a fundraiser at Southside Gallery, with food donated by local restaurants and music by saxophonist Ace Cannon and his band, and received a state tourism grant with the mission to bring quality classical music to new and wider audiences.

The first concert, in November 1998, was “Gloria” by Antonio Vivaldi and “Gloria” by John Rutter, directed by Statom, with the Memphis Symphony Orchestra and the University of Mississippi Brass Ensemble.

“I never imagined this group would be going 20 years later,” Statom said. “I knew when we started there was a deep desire for folks in the community to have a place to sing great music and the testament is to the wonderful people who love making music together.”

This year OCC has a new conductor and artistic director, Maestro Anthony Williams of Memphis, Tennessee. Williams is eager to man the helm and envisions expanding the performance schedule and increasing the choir’s quality and membership.

“I am honored and enthusiastic to be chosen to conduct this group,” Williams said. “The leadership is terrific and everyone I’ve met is warm and engaging. They’re really fun and ready to sing.”

Memphis State University, and completed a summer study at the American Institute of Musical Studies in Austria. He was chair of the Fine Arts department at Memphis University School and Christian Brothers University, and founding director of the Germantown Community Chorus. A tenor soloist with a vast repertoire, Williams served as director of music at several churches, and was assistant cantor at Temple Israel in Memphis.

The choir will also have a new accompanist this year, Greenwood native Debra Atkinson.

“After deciding to retire in Oxford, it was important for me to stay connected to music in some way,” Atkinson said. “When they approached me about the possibility of accompanying this group, I was elated because I will be able to continue working with choral musicians who love this art as much as I do.”

Atkinson has a bachelor’s degree in vocal performance, a master’s in music education with choral emphasis from Delta State University, and a doctorate in music education with choral emphasis from the University of Mississippi. She was director of choral activities and taught at Mississippi University for Women and Mississippi Gulf Coast Community College. She has been an accompanist and musical director for numerous groups, including USM Gulf Coast Civic Chorale, Center Stage Theater, Greenwood Little Theater and the Oxford Children’s Chorus.

The first concert for the fall semester will be Nov. 9 with the University of Mississippi Chorus and Orchestra, in honor of Veteran’s Day. A second concert is planned for Dec. 12, along with a community sing-along at the annual Christmas tree lighting on the Square.