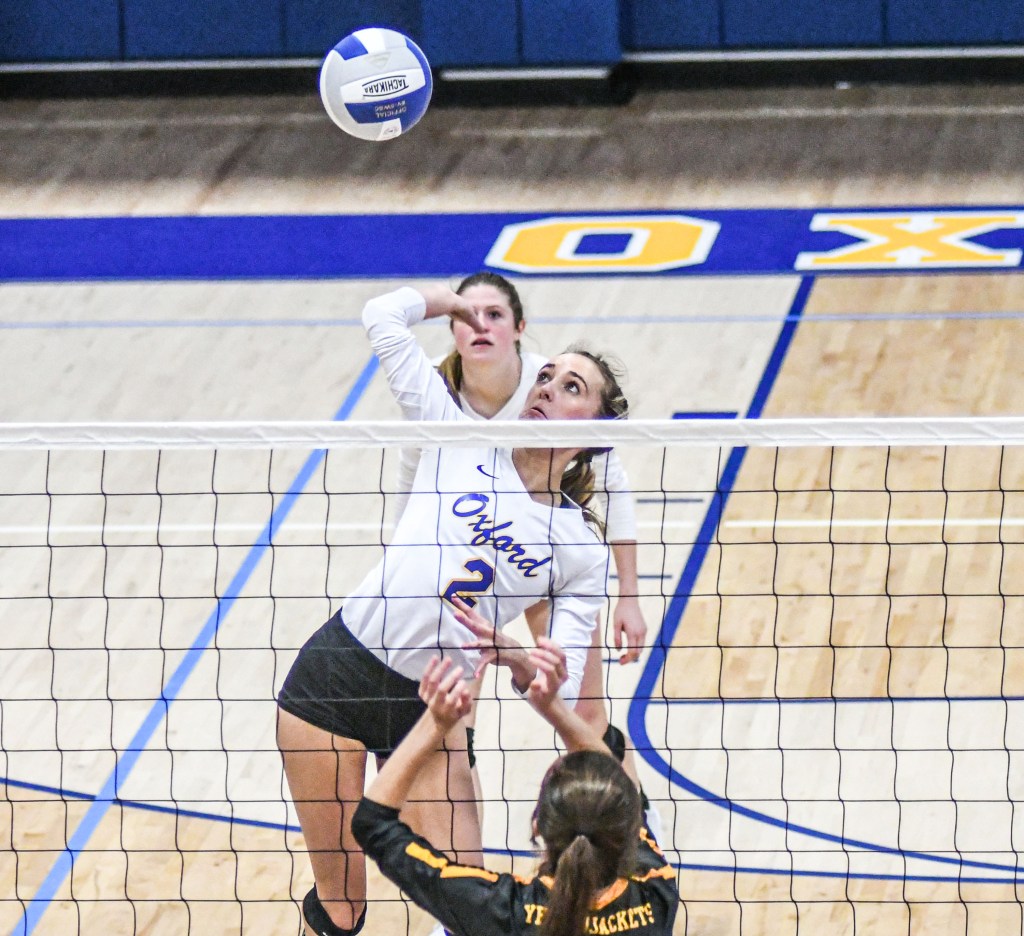 The Oxford volleyball team is having one of the better starts to a season since winning it all five years ago.

Not only have the Chargers not lost a match, improving to 9-0 following Tuesday’s win, but they have not dropped a set to their opponents.

While the results are what Oxford and head coach Ashley Martin want, the team has had to overcome slow starts in the opening set in nearly every match, including against Starkville.

After Starkville tied up the first set at 7-all, the Charger responded by outscoring the Yellowjackets 18-8. From there, the Chargers stayed in control the remainder of the match.

The offense was potent for Oxford, led by Ainsley Tacke’s nine aces. As a team, the Chargers recorded 21 aces for the match. When Tacke is on, the rest of the team seems to follow and give opposing defenses a tough task of slowing down the Chargers’ attack.

“(Tacke) brings a lot of energy to the court,” Martin said. “She is really working on that. Really working on the leadership and bringing her energy to the court and making sure she’s on. She does the same routine every game day. She places her shirt on the first chair every single game. She places her water bottle behind the chair. No matter what, she’s going to do those things and I just think she’s making sure she’s doing what she’s supposed to do to take care of herself (and) to make sure her teammates are well.”

Oxford returns to the court on Thursday with a tri-match against Belmont and Alcorn Central at Belmont. The matches are scheduled to start at 5 p.m. and 6 p.m.