Oxford volleyball sweeps Lafayette to remain perfect on the season 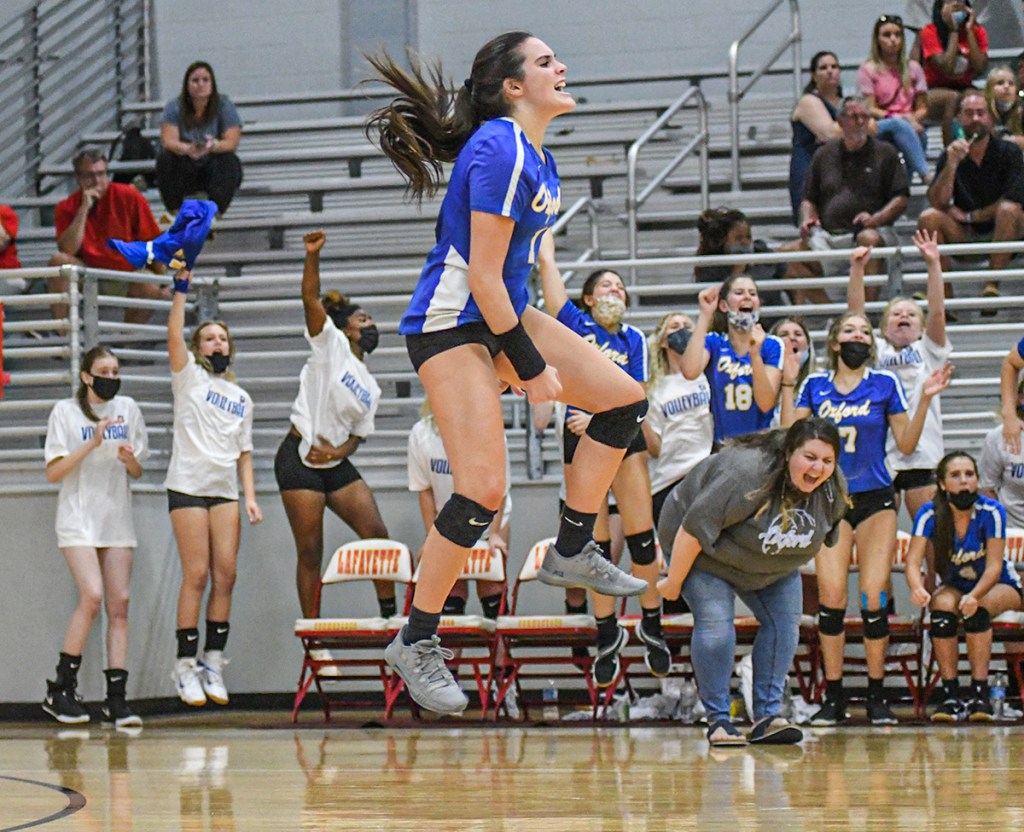 The Oxford volleyball team is off to one of its best starts in program history, if not the best start, and showing no signs of slowing down.

The sweep continued a streak for the Chargers, who have not dropped a set all season, who improved to 12-0 on the year. In the third set, the Commodores (10-4) jumped out to a 4-0 lead over Oxford, putting some pressure on the Chargers.

Oxford head coach Ashley Martin thought about taking a timeout but opted against it, wanting her players to figure it out on their own as a way to prepare them for other tough matches upcoming.

“I thought it was a really good opportunity tonight for them to be able to do that,” Martin said. “For them to be able to figure out how to climb themselves out of that deficit. They did a really good job at that. They fought really hard and did the things that we talked about in practice. … That’s something I talked about in practice, finishing. You got to finish the set. Even though if you’re up three, four or five points you’re not done until the scoreboard reads 25.”

Ainsley Tacke led the Chargers with nine kills while Brianna Lyons and Michael Ann East finished with eight kills each. Catherine Bianco had a team high 20 assists to go with two blocks.

“(Oxford has) some aspects of the game that we haven’t seen yet this season,” said Lafayette head coach Zoe Storck. “We’re taking advantage of seeing good teams so we can prepare for later on down the road.”

Hudson Lindsay led the Commodores in kills with six to go with her three digs. Maggie Tower finished with five kills while Harmony Jackson and Kailey Gooch finished with four kills each. Gooch and Chloe Carr each finished with a team-high seven digs.

Both Oxford and Lafayette dip into region play on Thursday. The Chargers host 3-6A foe Tupelo at 6:30 p.m. while Lafayette opens up 1-5A play at Saltillo at 6 p.m.