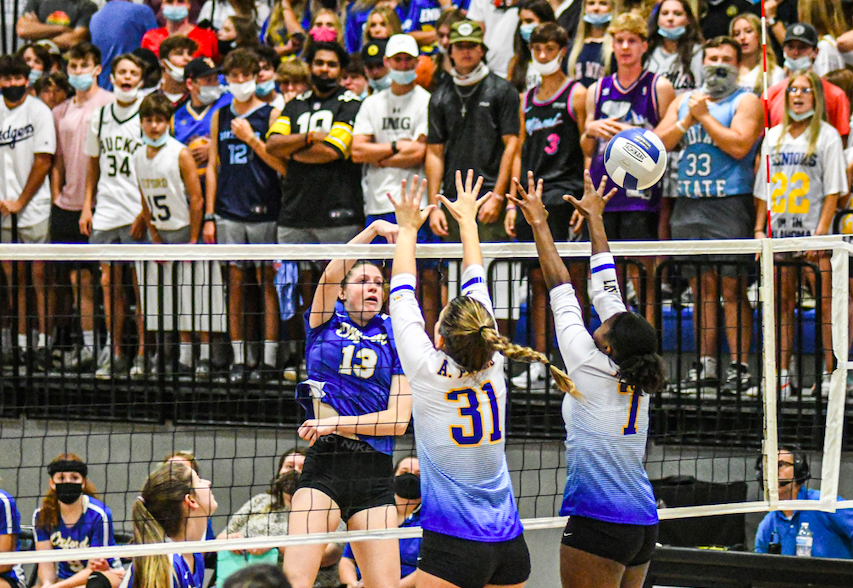 Even when the Oxford volleyball team seems to have an off night they manage to find themselves on the winning side of a scoreboard.

Oxford (13-0, 2-0) continues to make quick work of its opponent this season, winning the last 34 straight sets. For second-year head coach Ashley Martin it is a start to a season that she has never experienced.

“I’ve never had a season start like this,” Martin said. “I still think we have things to work on. Tonight was very sloppy and that’s something we’ll talk about when we watch film (on Friday). It probably wasn’t our best volleyball game that we’ve played.”

Tupelo provided pressure in the opening set until the Chargers closed it out on 15-10 run. In the second set, the Chargers settled in, grabbing a 10-2 lead early and cruising to a commanding 2-0 lead in the match.

In the third set, the Golden Wave provided a little resistance, but the strength of the Chargers was too much as they cruised for yet another three-set win.

“It helps for them to see that,” Martin said. “Even if we’re struggling, we can still do the things we need to do to take care of business. … I think it shows them that they can do it even if it’s not their best night, but I still think they need to have a little bit cleaner volleyball.”

Oxford’s Ainsley Tacke, Brianna Lyonsnd Torrey Tkach each finished with a game-high 10 kills while Tacke had a game-high eight digs. For the week, including the Chargers game against Lafayette on Tuesday, Tack recorded a total of 19 kills and 10 digs.

Martin is seeing Tacke continue to improve her game as the meat of the season arrives and the Chargers continue to make a postseason push.

Oxford stays in 3-6A for their next game when they travel to Starkville on Tuesday for another key region game. The Chargers swept Starkville 3-0 when the Yellowjackets came to Oxford on Aug. 24.