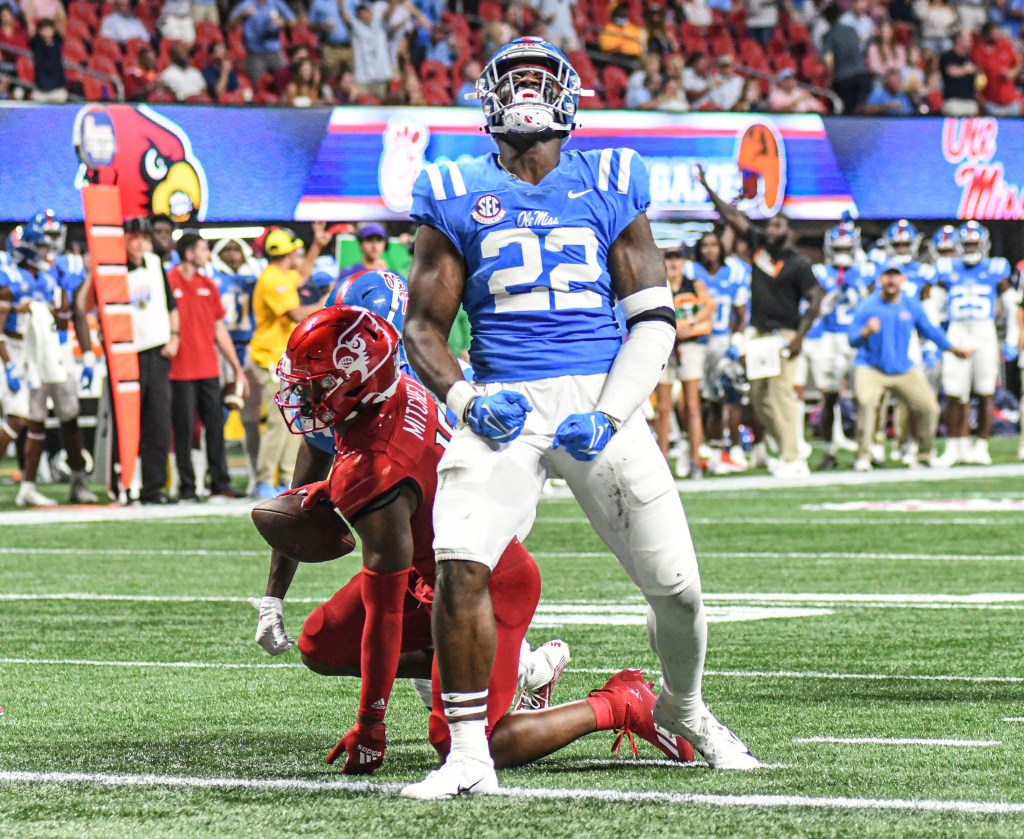 ATLANTA — No Lane Kiffin? No problem for Ole Miss.

The Rebel head coach watched the his team run through Louisville at Mercedes-Benz Stadium from the comfort of his office back in Oxford after testing positive for COVID-19 over the weekend.

Since Saturday, the Rebels continued their game preparation without the second-year coach. Despite the strange situation leading up to the season opener, strangeness seemed to be the only thing out of the ordinary for the team.

For Kiffin, it was a situation he was not to familiar or comfortable with.

“So, obviously unusual not being there, so a lot of anxiety and dealing with that because you’re not in control,” Kiffin said. “So did everything we could. Zoomed into all the meetings and talked to them, you know, at pregame meal and all the stuff.”

With Kiffin not on hand for the game, the Rebels played without their head coach, or an acting head coach.

“There is not a rule that you have to do that,” Kiffin said. “I just felt like to take one of the guys out of the role that they are in; Lebby is so significant on offense and he’s upstairs, anyway. Durkin, we have this new defense and you make adjustments for it. You take someone like that and they have to watch the other side and manage penalties and all that, I think it would have hurt that side of the ball.”

For the players, there some strangeness to it.

Quarterback Matt Corral said the last time he physically spoke with Kiffin was Saturday in the parking lot outside of the football facilities on campus.

Kiffin said once the game began he completely forgot about having tested positive for COVID-19 and feeling sick. Regarding Saturday’s home opener against Austin Peay, Kiffin said if he tests negative through the week he’ll be on the sideline.