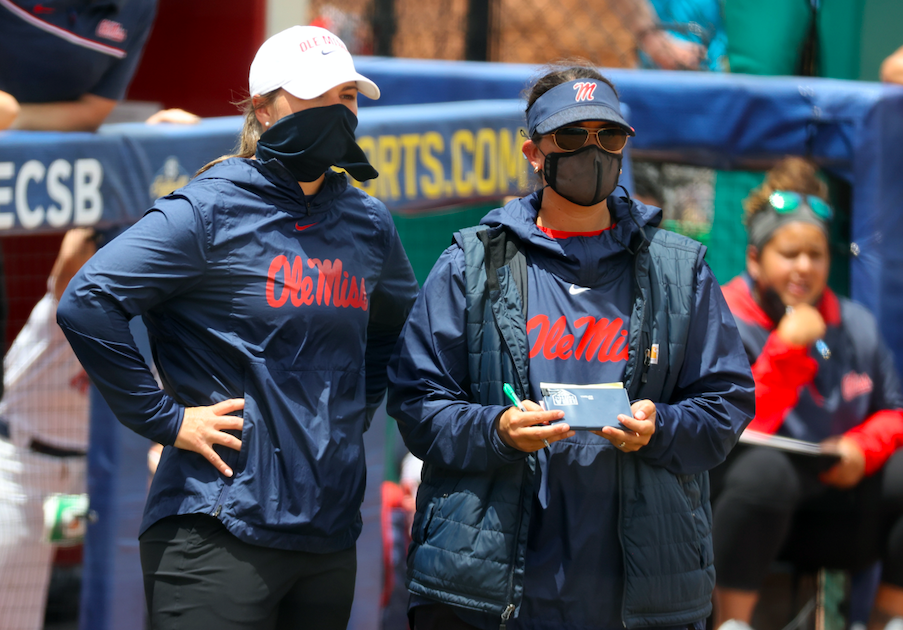 Ole Miss athletics director Keith Carter issued a statement on Wednesday regarding the Title IX investigation into allegations made towards the softball program, calling them unsubstantiated.

Head coach Jamie Trachsel and assistant coach Katie Rietkovich Browder were under investigation following an allegation made, stating Browder and a player on the team were having a relationship of some kind.

Running Poles, a podcast and website that covers softball, first reported the investigation after obtaining a letter sent to Carter that described the alleged relationship between the coach and unnamed player.

“Following a comprehensive investigation by the university’s Title IX office, the anonymous allegations of inappropriate behavior by the softball staff are unsubstantiated,” Carter said. “In addition, other anonymous allegations involving the culture of the softball program have been thoroughly reviewed by Athletics Compliance staff and were determined not to be in violation of any policies. The well-being and experience of our student-athletes will always be our top priority, and through this extensive review, we discussed these anonymous claims with our players and all were unsubstantiated.

“Coach Trachsel and her staff are committed to building a healthy program and are working to address any issues to ensure a positive team environment. The staff has our full support, and we look forward to continuing our trajectory as one of the rising softball teams in the sport. This has been an emotional ordeal for our coaches and student-athletes, and we will assist them in moving forward from this matter.”

The letter also alleged that once Trachsel discovered the relationship she got involved and tried to cover it up by attempting to bribe players with scholarship money.

One unnamed player took screenshots of text messages between her girlfriend and Browder, printed the screenshots and then taped them to Trachsel’s office computer, according to the report.

On Wednesday, Trachsel also issued a statement regarding the investigation.

“We would like to express our sincere thanks and gratitude to our university leadership for thoroughly reviewing this matter and reaching a conclusion,” Trachsel said. “The outpouring of support from family, friends, staff, colleagues and current and former student-athletes has not only been overwhelming but given us courage and strength through this situation. It has been an emotional time for our entire program, but I have no doubt our coaches and players will grow stronger together as we move through this shared experience. We look forward to putting this behind us as a team, as we continue to build our championship culture and compete for more titles here at Ole Miss.

Trachsel is entering her second year at Ole Miss. During the 2021 season, the Rebels went 36-22, 12-12 in conference play, and reached the NCAA Softball Tournamet, playing in the Tucson Regional.