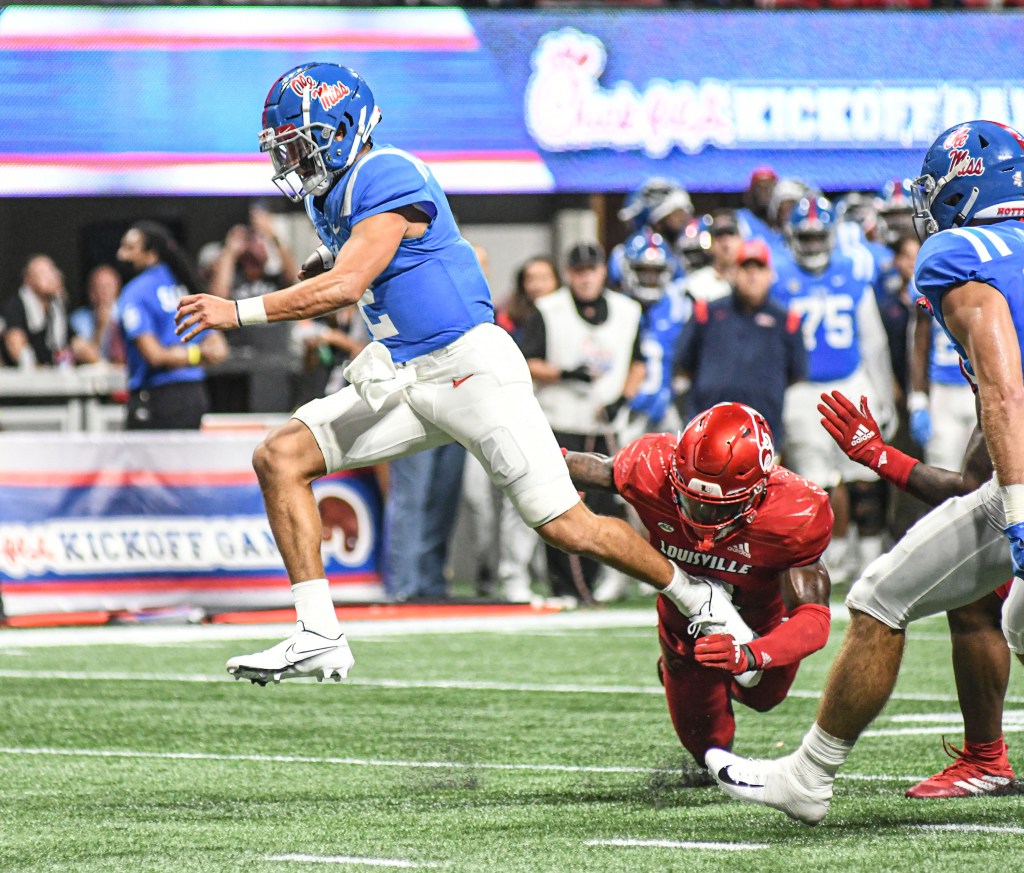 On Monday, Ole Miss was arriving at the Mercedes-Benz Stadium in Atlanta to kickoff their 2021 season against Louisville.

Five days later, the No. 20-ranked Rebels (1-0) are playing their second game of the season and without much preparation time with only one true day spent on the practice field this week. Another hindrance was the absence of Lane Kiffin from the practice and attending any in-person meetings.

Kiffin was still going through the COVID-19 protocols after testing positive on Sept. 4, causing him to miss the Rebels season opener. He is expected to rejoin the team on the field at Vaught-Hemingway on Saturday.

On Wednesday, Kiffin held his weekly press conference from the couch in his office via zoom.

“An unusual week,” Kiffin said. “We kind of have to put three days into one. We’re only going to practice once this week, so that’s highly unusual with a quick turnaround. … Pretty challenging.”

In their first of two straight home games, the Rebels welcome Austin Peay (1-0) to Oxford on Saturday. The Governors are currently ranked No. 18 in the FCS Coaches Poll after knocking off then-No. 18 Chattanooga on Sept. 2.

While not able to provide many details how how practice and preparation was going, Kiffin explain his desire to see a full stadium on Saturday and a full Grove as he experiences his first Walk of Champions.

“It’s good to play at home. Really hoping our crowd comes out,” Kiffin said. “I hope people don’t sit and say, ‘Well, we’ll just wait for an SEC game.’ Having a crowd is impactful to your players, to their performance. It’s impactful to recruits when recruits come into the stadium, so I really urge fans to come out. I’m excited for the first walk that we’ve had through the Grove. It’s my first time actually stepping foot in the Grove. I’m personally excited for that.

“We need people to come out. You know, everybody wants a top 25 program. Well, let’s put an atmosphere like a top 25 program, so players feel that and recruits see that, as well.”

Ole Miss and Austin Peay are set to kickoff at 6:30 p.m. CT and the game will air on ESPN+.