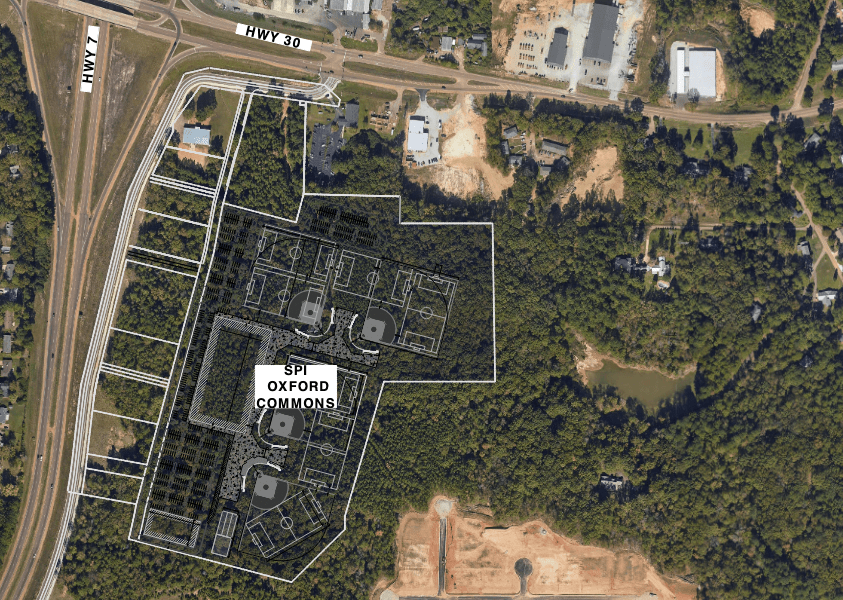 After recently approving an entertainment block, the Oxford Planning Commission gave the approval to move forward with a proposed sports complex in the Oxford Commons area.

During their regular meeting on Monday, the commission approved a special exemption for the multi-use sports complex, currently called the Southern Sports Institute (SPI) Oxford Commons. The exemption was needed to allow for recreational use on property zoned for suburban use.

Only the special exemption was approved, allowing for the project and process of developing a site plan to move forward. The complex itself has not been officially approved by the commission.

Chip Wade of SPI Oxford Commons applied for the special exemption for the project that will include several multi-use outdoor sports fields to accommodate baseball, softball, soccer and other outdoor sporting activities. An approximate 106,000-square-foot, multi-purpose indoor sports facility is also planned that will provide indoor basketball and volleyball courts. The 34.5 acres of proposed space would be located to the east of Ed Perry Boulevard.

Wade told the commissioners that the purpose of the complex was to target “elite” athletes ages 13 and older.

“This site is really geared around supplementing and providing additional pathways for kids that mTrade and the community centers don’t,” Wade said. “Once they are about 13 years old, they have to somewhere else. They’re leaving town and going to Madison, Collierville, Memphis, on a daily basis. It’s about being able to bring in elite-level, high school-age tournaments and training that most of the guys are leaving town for now.”

Oxford currently has mTrade Park, which is located on the west side of the city off of Highway 314 and offers soccer, baseball and softball facilities along with an indoor hitting facility. The other public-use sports facilities are the Oxford Activity Center and the Ulysses “Coach” Howell Activity Center located off Molly Barr Road that is used by the Oxford Park Commission.

The go-ahead to move forward with the planning stages of the complex comes a month after the Planning Commission approved an entertainment block in the southern area of Oxford Commons along Sisk Avenue.

Three people who live near the proposed sports complex spoke at the meeting Monday saying they had concerns about storm water runoff and traffic, but their biggest issue was lighting at night.

The Commissioners approved the special exemption request by a vote of 4-2, but required that all outdoor uses close and all lighting turned off by 10 p.m. and that the indoor facility be constructed with soundproofing materials so that sound does not leave the building.