No. 13 Ole Miss enters bye week as preparation for No. 1 Alabama begins 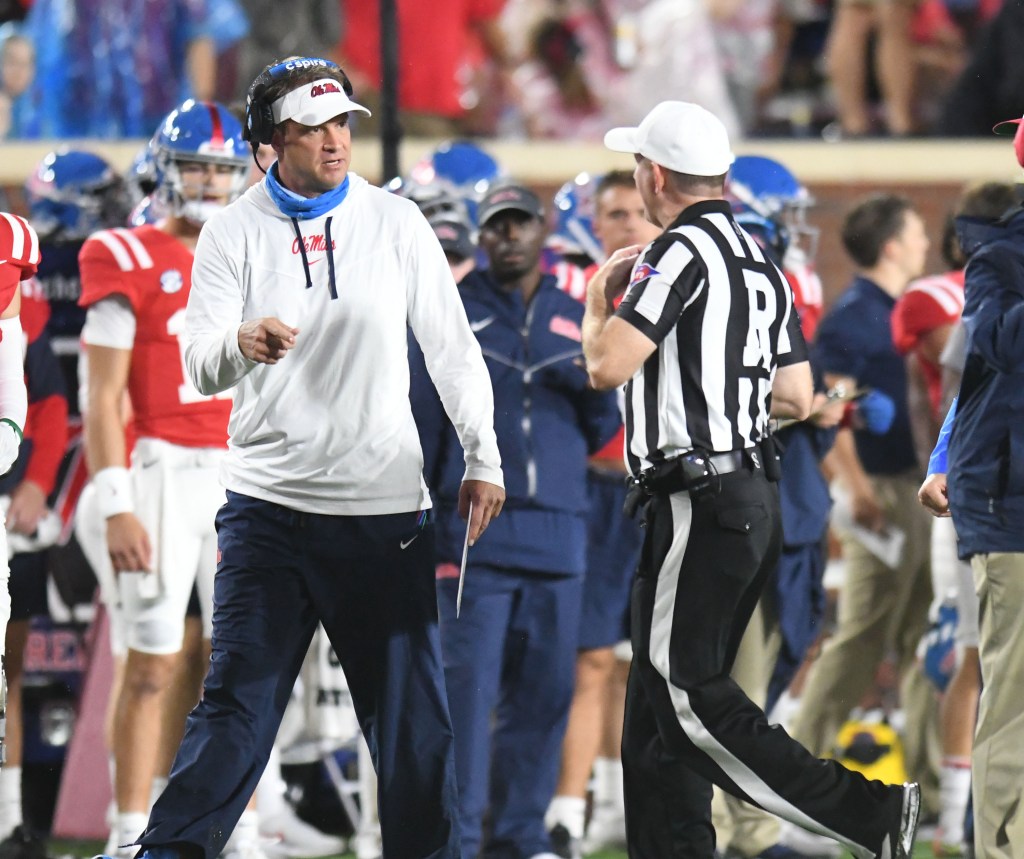 Ole Miss head coach Lane Kiffin talks to the referee against Tulane at Vaught-Hemingway Stadium on Saturday. The No. 13 Rebels enter their bye week ahead of playing at No. 1 Alabama on Oct. 2. (©Bruce Newman)

Whether they like it or not — and several do not — No. 13 Ole Miss now must sit and wait for their next game against their biggest challenge of the season to date.

Coming off their dominant 61-21 win over Tulane on Saturday, the Rebels (3-0) enter their bye week, which comes in the fourth week of the season and much sooner than players and head coach Lane Kiffin would prefer.

Riding a wave of momentum, the Rebels have knocked off their first three opponents with ease and an average margin of victory of 32 points. With that kind of start to the season, having to suddenly pump the breaks four weeks in is a tough pill to swallow for the Rebels.

“If you’re making your own schedule, I would never put (an open date) this early,” Kiffin said. “Because you’re usually not banged up enough. You usually want it later, but it is what it is. We’ll utilize it to get players better who haven’t played as much.”

The break means the Rebels will play nine straight weeks without a break, starting on Oct. 2 against No. 1 Alabama. That stretch includes eight games against the stout Southeastern Conference Western Division opponents and the return of Hugh Freeze to Oxford with Liberty on Nov. 6.

On the flip side of things, while the Rebels are not completely banged up or have players with any significant injuries, it allows for some who are hurting to get another week to heal up and potentially return next week in Tuscaloosa.

One player is safety Jake Springer, who has missed the last two games due to an unspecified injury. Kiffin felt getting the week off provides the opportunity for Springer to return to the lineup against the Crimson Tide.

“We’re not really at an injury point…we’ve been fortunate to be really healthy there,” Kiffin said. “You want to get some guys back. I think Springer would be the main guy in that area. So, it is what it is. We can’t change it. We talk all the time about worrying what we can control, we certainly can’t change this date.”

Kiffin and his staff will spend the off week recruiting and gameplanning while Alabama (3-0) hosts Southern Mississippi on Saturday as their final tune-up for the Rebels next weekend.