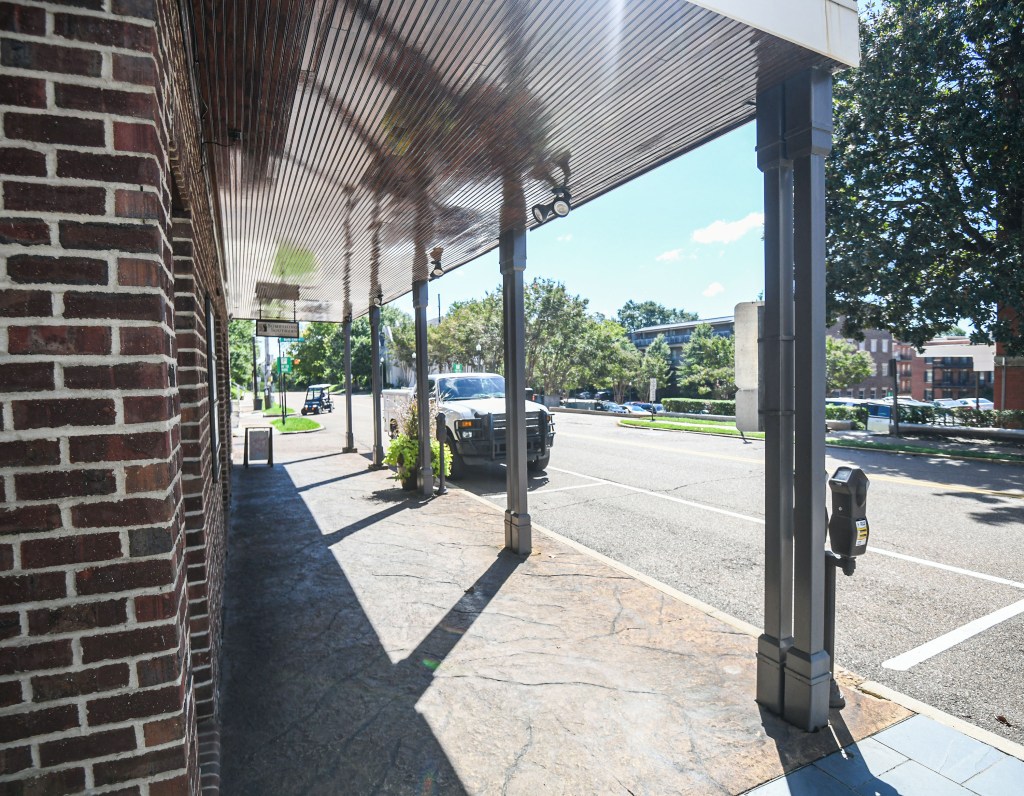 The balcony at Something Southern, along with five other balconies on the Square, is in need of repairs and awaiting assessment from a structural engineer. (©Bruce Newman)

Editor’s note: This story has been amended to fix incorrect information included in its original posting

Several balconies located around Oxford’s Downtown Square are in need of repair after inspections were conducted earlier this year.

During the Board of Alderman’s Sept. 7 meeting, city building official Chris Carter informed the Board that several businesses with balconies did not meet Oxford’s building codes nor the International Building Code’s standards of supporting 100 pounds per square foot.

The issue was revisited during Tuesday’s meeting with an update given by Hollis Green on the progress of repairing the balconies.

The buildings and businesses with balcony issues are My Favorite Shoes, Something Southern and Square Books, Jr. An inspection is done every five years for commercial balconies.

Green also informed the board that Duval’s, Thompson House and University Sport Goods have not had inspections completed on their balconies but were in the process of doing so. Those three businesses and buildings have contacted Mark Watson, a structural engineer out of Tupelo to begin assessing the damage of their balconies and to see what repairs are needed and a time frame. ‘

My Favorite Shoes, Something Southern and Square Books, Jr. had submitted reports on their balconies, which stated they did not meet the pounds per square foot requirement set for a commercial business, according to Green.

During the Sept. 7 meeting, Richard Howorth told the Board he had spoken with Watson regarding the Square Books, Jr. balcony, but the Board did not have anything from him in writing yet. Alderman Jason Bailey stated he had a letter from My Favorite Shoes owners, stating they were working on a solution for their balcony.

“I had an informal conversation with (Watson) this afternoon and he told me that he did put in his letter back to (Howorth) that it would not be a problem, necessarily, for employees — three or four — (to be on the balcony) but that under no circumstances should there be a mob of people on that deck,” Green said.

“None of (the balconies) were in imminent failure,” Green said. “(Carter) did go out and didn’t determine that anything was going to fall.”

The Board opted to not take any action on the licenses, keeping the balconies open. Instead, the Board voted to give the businesses two more weeks to get with an engineer to determine the allowable amount of weight their balconies can hold in their current state and to determine what kind of repairs and a time frame in which they would be completed.

The Board asked for those reports by their Oct. 5 meeting, when they would again revisit potentially pulling those licenses.