Oxford and Lafayette set to break seal on region slate 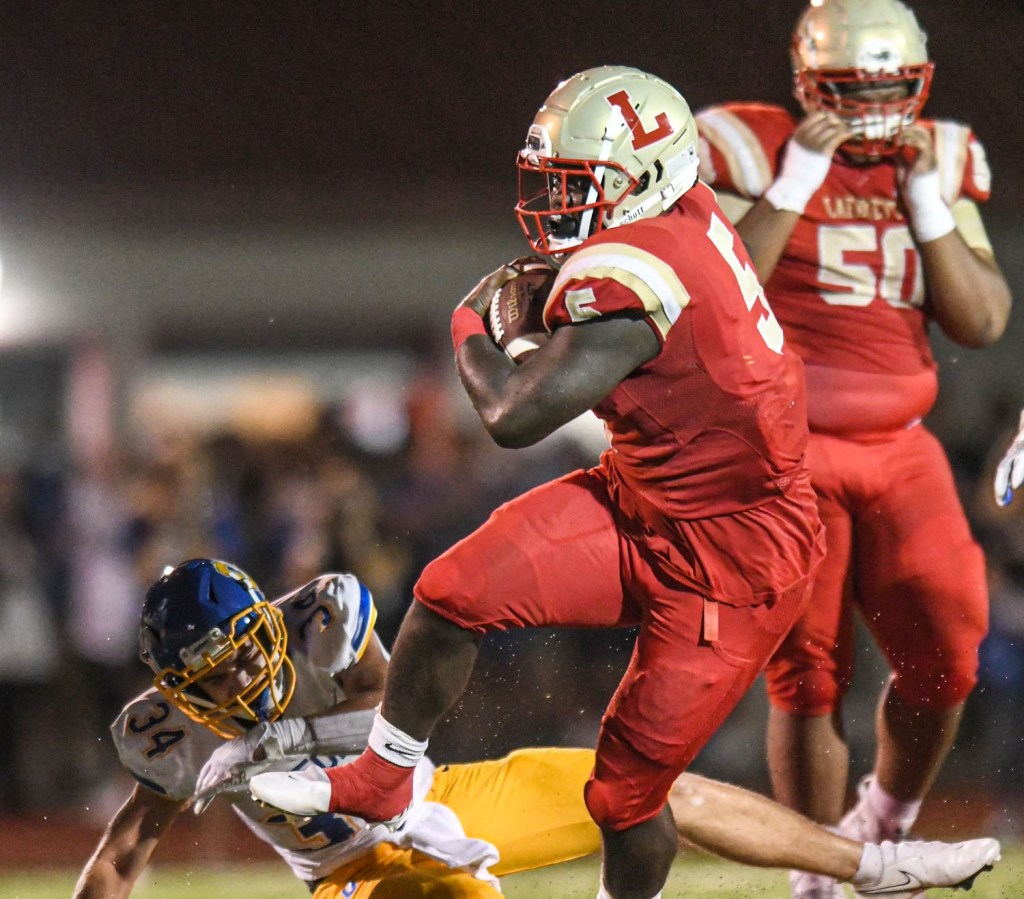 Lafayette running back Jay Reed (5) during their game against Oxford at William L. Buford Stadium in the 50th Crosstown Classic on Friday, Sept. 17, 2021. (Bruce Newman)

They hay is in the barn for Oxford and Lafayette as week five of the high school football season brings the start of what many coaches dub the ‘second season.’

Region play begins for Class 5A and 6A teams on Friday, bringing the true beginning of the run to the postseason. For the Chargers and Commodores it brings a familiar path for one team and a brand new journey for another.

Coming off Friday’s thrilling 34-23 win over Oxford in the annual Crosstown Classic, Lafayette opens up Region 1-5A play against a very familiar foe in West Point. For a second straight season, the Commodores (3-1) must travel to Hamblin Stadium and take on the Green Wave in enemy territory.

The Chargers (2-2) are having to regroup after suffering their first back-to-back losses since losing to Southaven and South Panola in consecutive weeks during the 2017 season.

The opportunity to bounce back comes on Friday as they begin life in a new region, hosting Murrah (1-3) for Homecoming to open their Region 2-6A schedule. The Mustangs are coming off their first win of the season, defeating Port Gibson 15-12 last week.

Several of the Chargers new region opponents are familiar foes, as they have played many of them in previous seasons in non-region games. When it comes to Murrah, it is the first time head coach Chris Cutcliffe has ever faced them as either a player or a coach.

Having the ability to play a brand new opponent excites Cutcliffe and presents new challenges as their is very little film on Murrah outside of this season since Jackson Public School teams did not participate in the 2020 football season due to the COVID-19 pandemic.

“I think it’s cool,” Cutcliffe said. “I guess I’m a history buff in some sense and I love looking back at the history of Oxford football and seeing different things. I do kind of get excited to play somebody new. I think it’s a fun challenge for the program.”

While Oxford and Lafayette dive into region play, Water Valley has one final tune up before they begin life in a new region.

The Blue Devils (3-1) travel to Class 3A powerhouse Winona for their last non-region game of the season. The Tigers are undefeated at 4-0 after beating Philadelphia 57-14 last week.

Entering this week with momentum of their own, after rallying to defeat Calhoun City by one point last Friday, the Blue Devils are trying to keep that edge before taking a week off next week and starting Region 1-3A play against Mantatchie on Oct. 8.