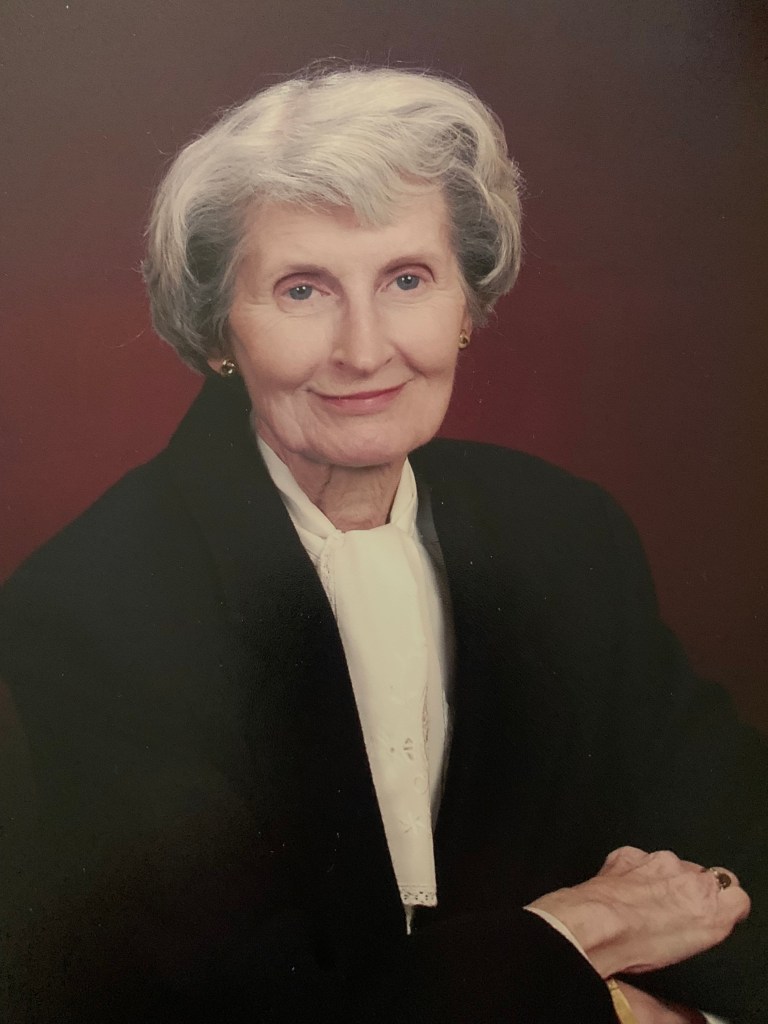 Elizabeth Ann Waldrop, age 87, of Aiken, South Carolina, passed away peacefully into the arms of her Lord and Savior on Friday, August 17, 2021 and is finally “Home at Last”.  A private graveside service will be held Friday, September 24, 2021 in Springfield, Robertson County, Tennessee at the Oakland Cemetery with Brother Bob Carroll officiating.  Burial will follow with Gary Tate, Sonny Hill, Kyle Tate, Chad Tate, Harvey Jones and Joel Rivera serving as pallbearers.

Mrs. Waldrop was born to Warren Wilber and Margaret Hill Robinson in Grenada, Mississippi on October 12, 1933.  She attended the university of Mississippi and met the love of her life, Max Lee Waldrop, at a Delta Gamma Sorority function.  They married on May 24, 1953 at the First Presbyterian Church in Grenada.

She lived her life as an exemplary and devoted military spouse, raising three children in many places called “home” and by herself many times.  She was a faithful servant of our Lord and ensured her family was just as faithful.  Mr. and Mrs. Waldrop read the Bible daily “together at the end of each day” whether they were in the same room or separated by different time zones.

She enjoyed quilting with her friends, making clothes, embroidery, crochet, needle point, planting buttercups and gardening.  She loved her family genealogy and heirlooms from the past, and had just signed her Mayflower Society application on August 8, 2021.

She travelled the world with her husband (Europe, Thailand, Hong Kong, Japan, China, Argentina, Peru, Australia, New Zealand, Israel, Egypt, Nepal, India and Greece as well as the continental U.S.).  Their second year of marriage found them leaving Ft. Campbell, KY with a one-year-old son, Max, Jr. and living in Salzburg, Austria for a year.  Their next duty station was Manheim and Heidelberg, Germany for two years where her second child, Nancy Ann, was born.  From there they were assigned to Ft. Huachuca, Arizona and their third child, Mary Alice, was born.

As a military wife, she lived in subsequent locations including Ft. Riley, KS; Grenada, MS while max was in South Korea; Oxford, MS (twice); Ft. Leavenworth, KS; Memphis, TN while Max was in South Vietnam; and Ft. Benning, GA (3 times).  They retired in Oxford where they lived for 30 years and relocated to Aiken, SC to be with their youngest child.

In lieu of flowers, memorial donations may be made to “One Fine Place, French Camp, Mississippi 39745”.  Mr. and Mrs. Waldrop faithfully supported the Christ-centered ministry of French Camp Academy for their entire lives, as he lost his mother when he was a young child.  FCA serves children needing a safe and stable home and school environment.

They enjoyed helping French Camp with special projects like the Waldrop Room, a conference room dedicated in honor of Mr. Waldrop on his 80th birthday and building the Waldrop Pavilion that sits on a 30-acre lake enjoyed by FCA children.  For additional details, go to www.frenchcamp.org.

Austin & Bell Funeral Home in Springfield, Tennessee is in charge of these arrangements.