Oxford knocks off Murrah to open up 2-6A slate 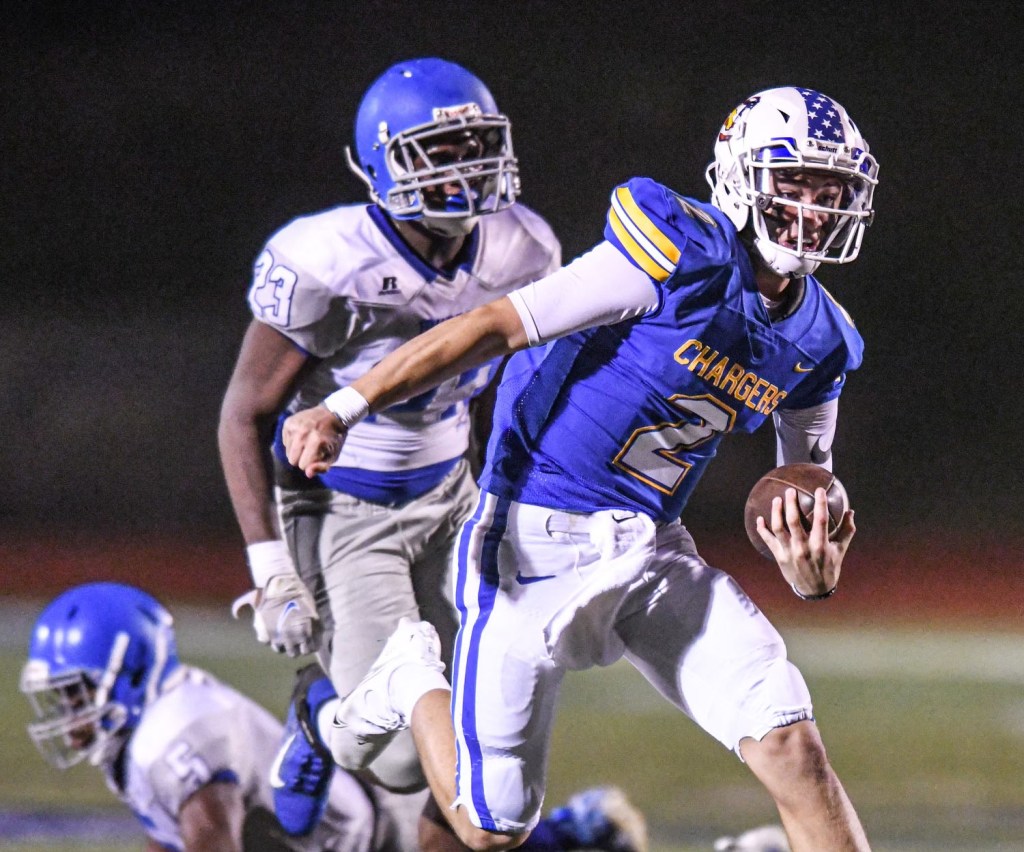 It took a while for Oxford to get things going offensively. However, their defense provided breathing room throughout Friday’s game in order to get back on track and take care of business on Homecoming night.

The Chargers moved past three early turnovers and strung together a strong third quarter to knock off the Murrah Mustangs 38-0 at Bobby Holcomb Field, moving to 1-0 in Region 2-6A play.

“Turnovers were a major issue,” OHS head coach Chris Cutcliffe said. “There are many things we have to clean up and address, but our defense did a good job tonight… We tacked really well defensively and played well up front. We controlled the line of scrimmage and when you do that, you have a chance to be successful.”

The win moves Oxford to 3-2 overall after two rare consecutive losses the previous two weeks, the first time that has happened since 2017.

“I didn’t see our team panic,” Cutcliffe said. “They believe in what we do and didn’t shy away from things that needed to be addressed.”

The sloppy first half started right off the bat. Despite moving the ball and getting first downs, the Chargers struggled to finish drives early. The opening drive was ended on a high snap while the next two were occurred in the run game.

With 6:35 left in the first half, the Chargers finally broke through. A 57-yard drive resulted in a goal line touchdown by Tracy Harris, who caught the snap himself. After a two-point conversion by Austin Smith and a three-and-out, the Chargers used a 36-yard field to score again. Roman Gregory took an outside handoff and proceeded to break three tackles en route to a nine-yard score to give Oxford a 15-0 lead going into locker room. Defensively, the Chargers surrendered just two first downs in the first half that were unassisted by penalty.

Coming out of the locker room, Oxford came away with special teams points. A blocked punt on Murrah’s first second half possession led to Tyree Young falling on the loose ball in the end zone. Following a turnover on downs, Roman Gregory had his second score of the evening with a 24-yard run left side, giving Oxford a 29-0 lead with 6:25 left in the third quarter.

Four minutes later, Demonte Mitchell blew up the Murrah backfield to force a safety. Michael Harvey took advantage after the ensuing kickoff with a 29-yard touchdown pass down the seam to Austin Smith. The Chargers would not be denied the rest of the way.

Oxford will remain at Bobby Holcomb Field next Friday, October 1 when they continue 6A Region 2 play against Tupelo. Kickoff is set for 7 p.m.

“There’s no question that our region is the toughest in the state of Mississippi,” Cutcliffe said. “We have a tough road ahead of us. We have to prepare on the practice field, put together a four quarter game and build consistency.”