Oxford and Lafayette stay home while Water Valley rests up 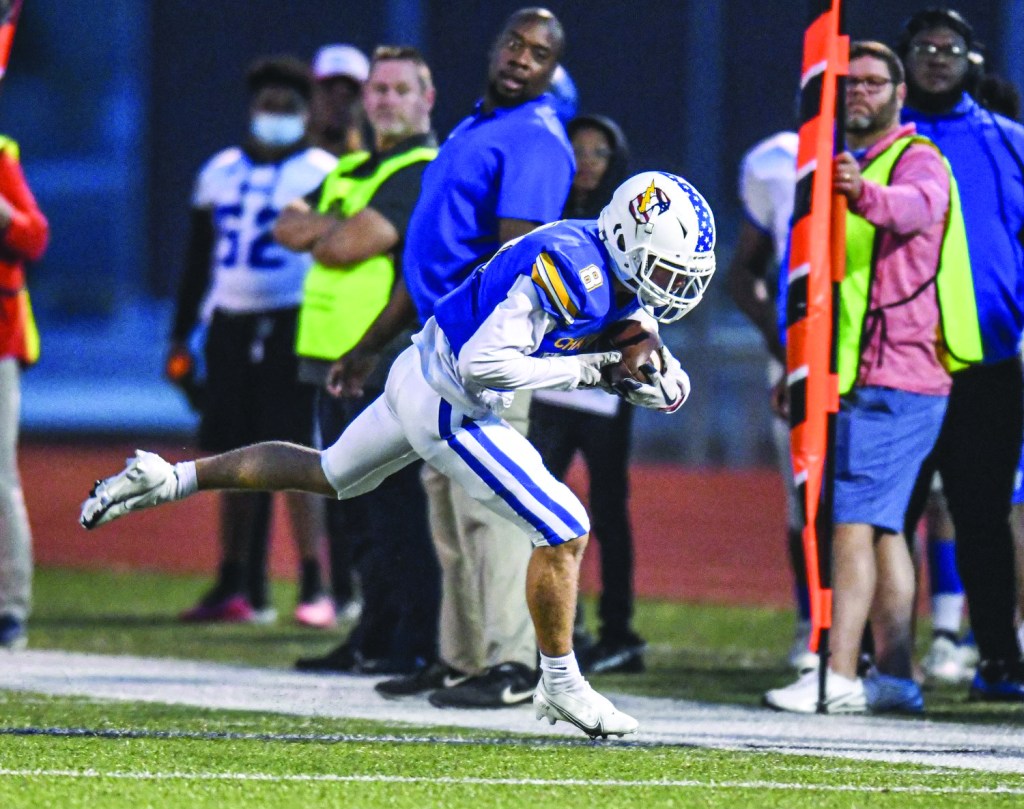 The first week of region play is in the books for Class 5A and 6A teams and it was a tale of two different stories for both Oxford and Lafayette.

In their first Region 2-6A game, the Chargers had a slow start but managed to pull away for a 38-0 win over Murrah on Homecoming night. For Lafayette, the Commodores had a sluggish start against West Point and never recovered in their 17-0 road loss to open 1-5A play.

After rare back-to-back non-region losses, Oxford (3-2, 1-0 2-6A) bounced back against the Mustangs to start their journey in a new region on the right foot. The Charger defense earned their first shutout of the season.

Oxford stays at home this week, hosting a familiar opponent after facing Murrah for the first time. Undefeated Tupelo (5-0, 1-0) travels to Bobby Holcomb Field to renew the Highway 6 rivalry in a key early-season matchup.

In previous seasons, when both teams were in Region 1-6A, the Chargers and Golden Wave would meet towards the end of the regular season with playoff implications always at stake. This year, the two meet in the second game of the region schedule but getting to 2-0 in a region that includes Madison Central, Starkville, Clinton and Germantown is crucial.

Since losing to Tupleo in 2017, the Chargers have won the last three meetings by an average margin of 14 points.  For Oxford, the game is important with road trips to Germantown, Clinton and Starkville the next three weeks.

To say the Commodores were humbled at Hamblin Stadium last week might be unfair, but their loss to West Point was certainly a tough one to swallow.

Coming off their impressive win over Oxford in the Crosstown Classic a week prior, Lafayette (3-2, 0-1 1-5) struggled against the Green Wave and found themselves looking up in the region standings after week one.

This week, the Commodores have a chance to bounce back similar to how Oxford did last week, with a homecoming game against Saltillo (1-4, 0-1). The Tigers are coming off a tough 51-6 road loss to Cleveland Central to open up their region schedule.

After being shutout for the first time this season, the Commodores offense will look to get back on track against a Saltillo defense that is allowing 42.8 points per game.

Lafayette has a 4-0 record over the Tigers since moving to Class 5A in 2017 with an average margin of victory of 35.2 points. The Commodore defense has shutout Saltillo the previous two meetings.

After a tough 35-14 loss to Winona last week to end their non-region schedule, the Blue Devils have a week to regroup before beginning their second season.

Water Valley (3-2) enters a new journey themselves, moving to Region 1-3A after spending many seasons in 2-3A. The Blue Devils will return to the field on Oct. 8, hosting Mantachie in their region opener.