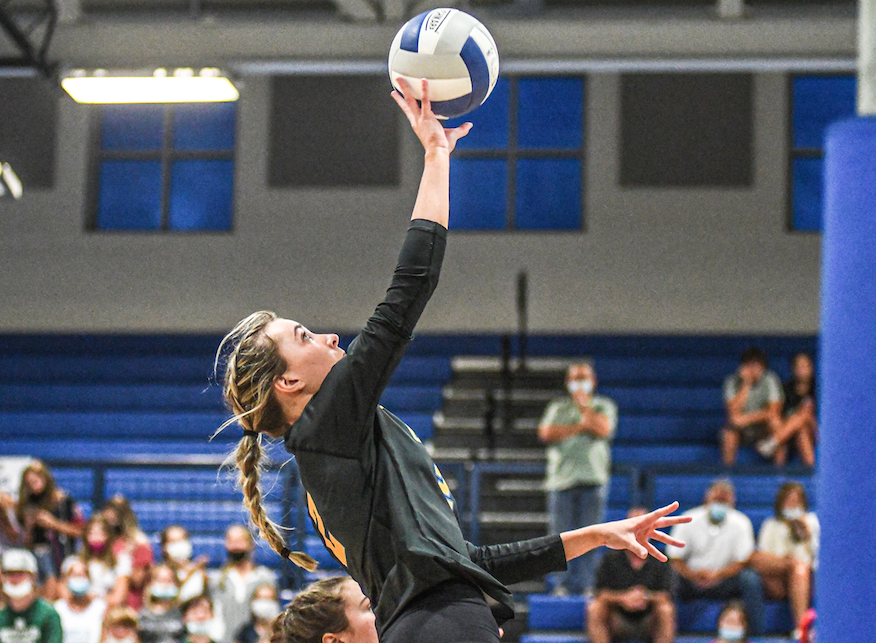 With a week and a half remaining of the regular season, Oxford and Lafayette met on the volleyball court one last time for a tune-up for next month’s playoffs.

Having already clinched the Region 3-6A title with their sweep of Tupelo last week, Oxford (24-1) is putting the finishing touches on their postseason preparation.

Tuesday’s win over their crosstown rival started off relatively easy, but Lafayette (20-8) made the final two sets competitive.

With one more region match remaining, a trip to Grenada on Thursday, the Chargers are trying to stay mentally focused and working on cleaning up the minor details in practice.

“(The message is) work on some things we’ve struggled with this year,” said Oxford head coach Ashley Martin. “Serving has been one of our struggles and making sure we’re still finishing our games. Making sure if we come out strong we’re finishing strong. If we come out kind of slow, how are we going to pick up that energy and be strong and how are we going to compete and make sure we’re finding ways to win.”

While the Chargers have secured the No. 1 seed out of their region for the Class 6A playoffs, Lafayette controls their destiny but still has some work to do. The Commodores are currently 3-0 in 1-5A having swept both matches against Saltillo and pulled a five-set victory against Lake Cormorant earlier this month.

Lafayette was schedule to travel to Lake Cormorant on Thursday with a chance to clinch the region title with a victory. That match was rescheduled for next Wednesday due to scheduling conflicts. With the move, the Commodores avoid the quick turnaround between matches and have time to prepare and rest.

“We’re really excited for that match. It’s going to be huge,” said Lafayette head coach Zoe Storck. “Everything we’re doing in the gym from now until this is preparing for that game. … I would definitely consider (the schedule change) a positive. We have the rest of the week to prepare for them. We got a few more games next week before we head to the playoffs. I’m excited to, at this point, fix the little things that we really need to focus on to be successful in the playoffs.”

Prior to traveling to Lake Cormorant, Lafayette will host Pontotoc at home on Tuesday before wrapping up the regular season at Regents School of Oxford on Oct. 7.