End of All Music finds new beginning with Jackson expansion 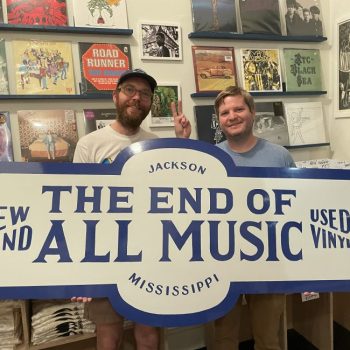 End of All Music owner David Swider, left, and Patrick Addison of Fat Possum Records, right, are co-owners of the Jackson location which opens on Oct. 1. (Photo courtesy of End of All Music) 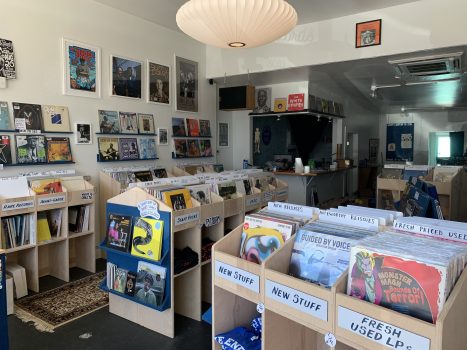 The End of All Music is opening a second location on Friday in Jackson. The store is in the Fondren District. (Jake Thompson/Oxford Eagle) 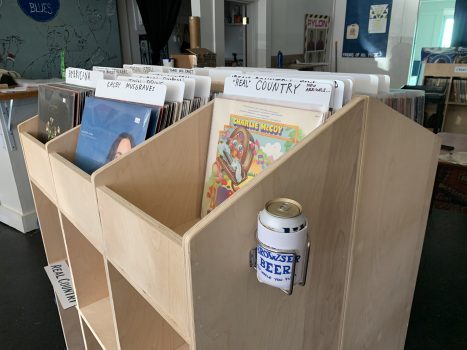 The End of All Music's Fondren location is taking advantage of Jackson's to-go cup ordinance, allowing for beer to be sold and consumed inside stores. 'Browser Beers' will be sold to customers as the flip through records. (Jake Thompson/Oxford Eagle)

David Swider has to dream big or else he finds himself stuck in place.

That’s exactly what the owner of End of All Music did when he began coming up with ideas of opening a second store, which began brewing roughly three years ago and comes to fruition on Friday with the opening of their Jackson location in the Fondren District.

Swider, along with his friend Patrick Addison, who is the label manager for Fat Possum Records, began talking about opening another store. New York City, Santa Fe, New Mexico and Chattanooga, Tenn. were all possible landing spots, but then Jackson became a focal point.

“Patrick was like, ‘Well Jackson is a good spot. Jackson is a kind of town with a lot of people in it that are all potential record buyers and record nerds,'” Swider said. “We went down there before the pandemic and I wasn’t quite sold on it but Patrick, who is a Jackson native (and) grew up there (was).”

Eventually both Swider and Addison went down to Jackson and looked at several locations but eventually settled on the Fondren district.

When the pandemic hit, all ideas were put on hold. The owner of the Fondren building was in agreement with Swider and Addison and did not want to move forward until the time was right open a new business. The agreement stayed in place and Swider was still able to use the building when he was ready to begin roughly six months ago.

Coming out of a pandemic and still being able to open a second location was not an option for many small businesses, but Swider is grateful he was still able to launch another End of All Music this year.

“It makes me feel like we’re doing something right here and that people have been really receptive,” Swider said. “People in Oxford, and all over the world really since the pandemic started, because we’ve shipped records to all 50 states. People recognizing what we’re doing and I’m extremely humbled by it and it makes me feel we’re heading in the right direction.”

Already booming with a sort of cultural renaissance and revival, Fondren felt like the perfect spot to open a record store to Swider and Addison, who are co-owners of the location. With Duling Hall, which is a live music venue, a few steps away, placing a record shop nearby struck Swider as the right business move.

“It kind of hit me like a ton of bricks that this is certainly a place that needs a record store,” Swider said. “Not just a record store, but an End of All Music. Kind of what we do here, I felt very confident that we could replicate it and that that’s the place to do it.”

Located at 3011 North State Street, between Duling Avenue and Fondren Place, the new location is nestled in the center of all the Fondren hotspots including Walker’s Drive in and up the street from Brent’s Drugs.

Another attractive aspect of choosing Fondren was the open container law. The City of Jackson allows to-go cups throughout the district. This means customers are allowed to drink a beer as they peruse Fondren shops.

To capitalize on this, End of All Music will offer ‘browser beers’ to its customers. While people flip through records they can have a can of beer that comes with a koozie with the aptly named ‘browser beer’ printed on it. There are holders attached to some of the cubbies where the beers can be placed while searching for that must have record.

“It is unique and it gives us a chance to do the stuff that we can’t do here,” Swider said. “Browser beers would never fly in Oxford, but in Fondren it’s welcomed. So, they’re different places. They’re very, very different places. Jackson just has such an interesting vibe that is kind of fun to be in and it’s so different than Oxford. We’re not up a flight of stairs and there’s just these things, I got to build a record store again and do a few things differently that we were not able to do (with this store). It’s a great sister location to this one. If we could put them both together it’d be the greatest record store in the world.”

The Fondren location will be open seven days a week. The hours will be noon to 7 p.m. Tuesday through Saturday and noon to 5 p.m. Sunday and Monday.