Lane Kiffin apologizes for ‘popcorn’ comment: “I don’t even know why it came out” 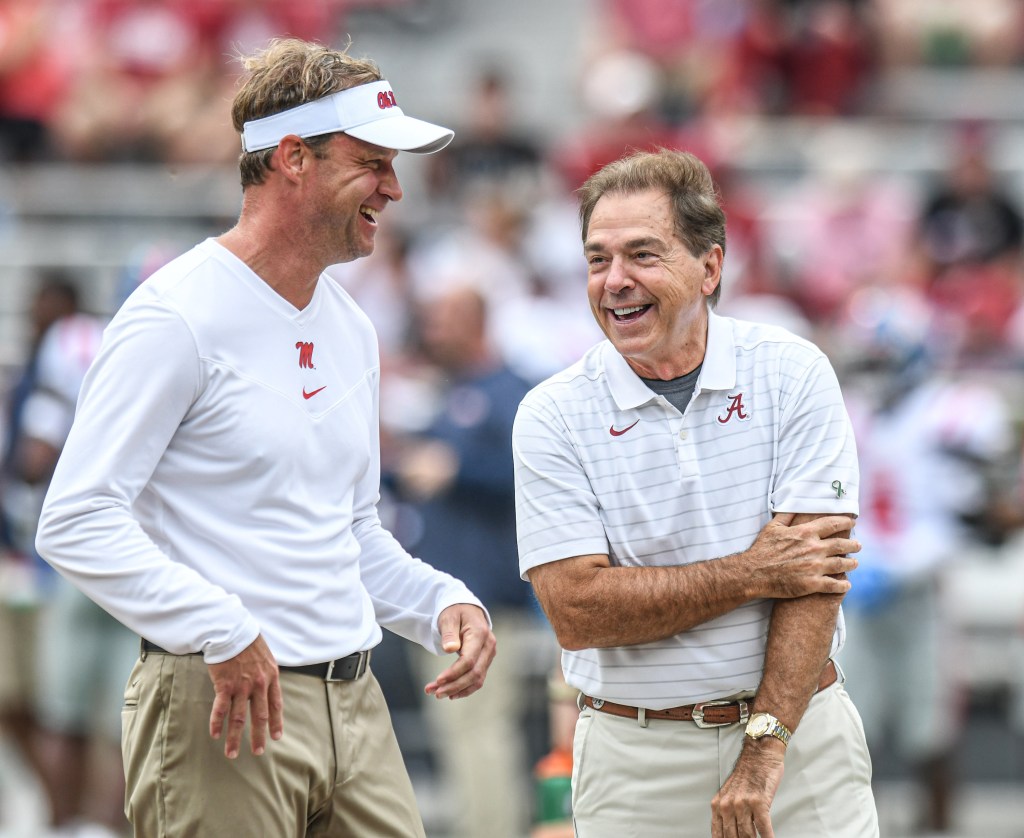 Lane Kiffin is known for his clever one-liners in press conferences or quips on Twitter, but there is one comment he now laments saying in hindsight.

During a pregame interview with CBS’ Jamie Erdahl seconds before the opening kickoff, Kiffin capped it by telling the watching audience to “get your popcorn ready” and in one solid motion was seen then tossing his headset towards the direction of the cameraman.

Twitter and social media went abuzz immediately after the comments were made by Kiffin.

During Kiffin’s Monday press conference he explained how the whole comment came about and his immediate reaction after saying it.

“As you guys know I tell it like it is, good and bad. That was not premeditated,” Kiffin said of the comment. “Sometimes you get caught up in emotions and I just heard someone yelling in the locker room and someone saying that. I don’t even know why it came out and I actually said to (offensive coordinator Jeff) Lebby, I got the headsets and said, ‘I just said something really stupid. You better score a lot of points.'”

Unfortunately for Kiffin, the Rebels did not score a lot of points, being shutout at halftime in their 42-21 loss. When the team got into the locker room at halftime, Kiffin had a follow up comment to Lebby.

“Looks like we didn’t plug the microwave in, buddy.”

Following the game, Kiffin saw his interaction with Erdahl and was told it came across as “rude,” with how he ended the segment. Kiffin agreed and made sure to make amends for any misunderstanding.

“I didn’t realize it was the last question, either,” Kiffin said. “They were calling for kickoff return and there was 30 seconds on the clock and the refs were calling for us. I literally didn’t know there was another question. When I found out afterwards that it looked rude, which it did, I contacted Jamie and made sure that she knew that was not on purpose. I apologize for that. It was not done on purpose at all. Looked like it, though. I saw it.”

Kiffin and No. 17 Ole Miss now turn their attention to another top-20 matchup this week with No. 13 Arkansas coming to Oxford. Kickoff set for 11 a.m. CT on ESPN.