No. 17 Ole Miss shifts focus towards No. 13 Arkansas 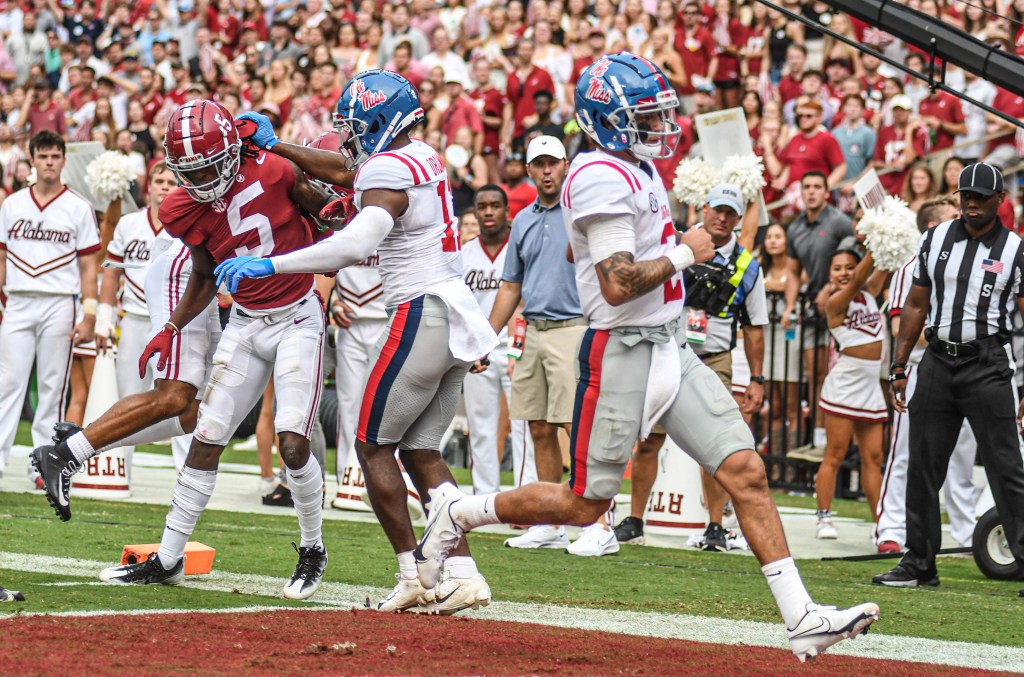 There is a 24-hour rule within the Ole Miss football locker room — you get a day to dwell on the previous game played, but then 24 hours later it is time to move on.

Moving on is exactly what Lane Kiffin and his team did on Monday as they shifted their focus towards this weekend’s Homecoming matchup against No. 13 Arkansas (4-1, 1-1 Southeastern Conference). Both teams are coming off losses against the top two teams in the country in No. 1 Alabama and No. 2 Georgia.

The No. 17 Rebels (3-1, 0-1) saw their game at Bryant-Denny Stadium as a chance take a massive step forward and move way ahead of schedule — in some people’s eyes — in only the fourth game of Kiffin’s second year at the helm. That did not happen, nor did Arkansas knock off the Bulldogs in Sam Pittman’s second season in charge of the Razorbacks.

Saturday now brings opportunity for one team to regroup and get back on their feet while a loss for the other team could change the path of their season’s trajectory.

After getting a week off early in the season, the Rebels began a nine-game stretch to close out the season last weekend in Tuscaloosa. The rest of October is no picnic for them with Arkansas this weekend then a trip to Tennessee (6:30 p.m. CT, SECN) next weekend followed by LSU at home and close out the month at an Auburn team that just knocked off the Tigers in Baton Rouge.

With Arkansas coming to Oxford this weekend it is also a homecoming of sorts for quarterback KJ Jefferson. Jefferson, a native of Sardis, spent his high school years leading North Panola and will be playing less than an hour away from his home on Saturday.

“Big plays with play action or kind of trick double-move type plays,” Kiffin said of Jefferson’s skillset. “Runs the ball really well, looks like he weighs about 250. It looks like it may be an issue tackling this guy and bringing him down.”

Jefferson has completed nearly 60 percent of his passes for 909 yards and six touchdowns and two interceptions. He has also rushed the ball for 235 yards and two touchdowns on 40 carries.

Ole Miss and Arkansas are set to kickoff at 11 a.m. CT on Saturday. The game will air on ESPN.