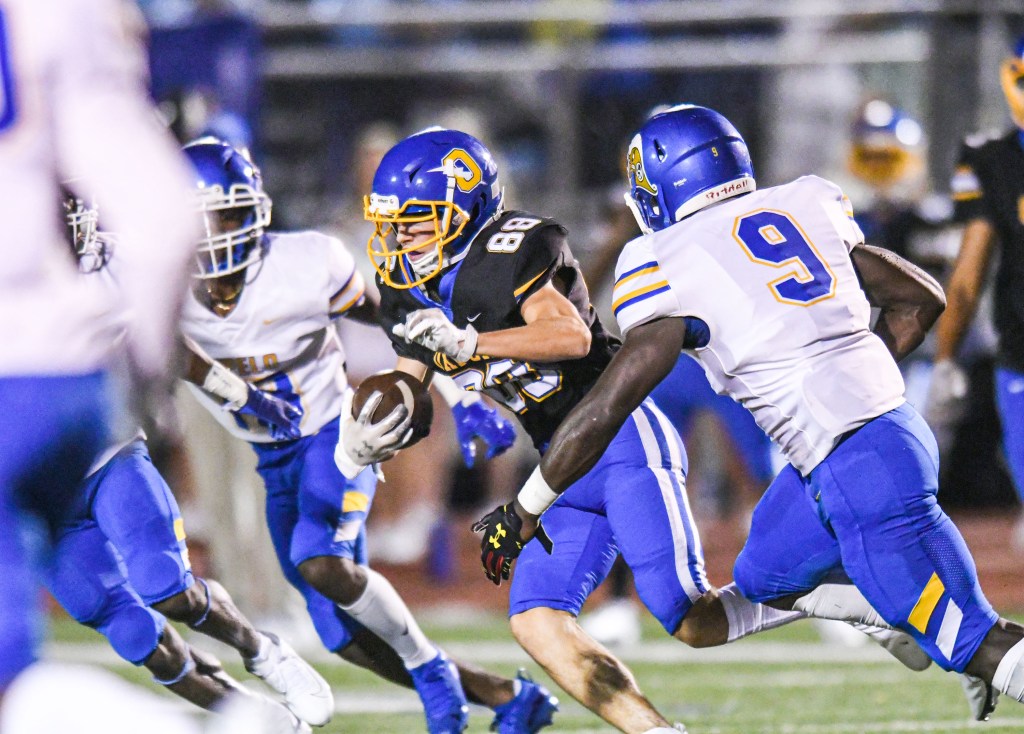 With a month remaining in the regular season, less for some classifications, the push for a postseason berth is in full swing as all schools are now in the region portion of their schedules.

Oxford and Lafayette enter week three of their region slate while the Blue Devils return off a bye week and start their new journey in Region 1-3A.

After back-to-back losses to end non-region play, Oxford (4-2) has righted the ship to start 2-0 in 2-6A after their 22-6 win over Tupelo last week. The Chargers defense kept the Golden Wave’s offense out of rhythm all night and the offense managed to score when it needed to.

Now, the Chargers spend the next three weeks on the road with pivotal region games starting this week at Germantown. The Mavericks (3-3, 1-1) are coming off a 32-12 win over Murrah last Thursday after dropping their region opener at Clinton two weeks ago.

Since opening in 2011, Germantown has played Oxford only once. The Chargers and Mavericks met in the second round of the Class 5A playoffs in 2015 with Oxford coming away with the 40-33 win.

After a tough loss at West Point two weeks ago to open region play, Lafayette took some medicine and bounced back in a big way last week with their 47-10 win over Saltillo for Homecoming.

The Commodores (4-2, 1-1 1-5A) look to continue their momentum with a long road trip to Columbus on Friday. The Falcons (3-3) are currently 2-0 in region play after wins over New Hope and Greenville.

Since moving down to Class 5A and joining the 1-5A ranks in 2019, Lafayette has defeated the Falcons in both meetings. Both games have been close with the Commodores coming away with the 24-18 win last year.

It is a new era in Water Valley with the Blue Devils moving up to Region 1-3A after spending many seasons in 2-3A. After a week off due to their scheduled open date, the Blue Devils (3-2) host Mantachie to begin their four-game region slate.

This season marks the first year for the Mustangs (5-1, 1-0 1-3A) back in Class 3A, who moved back up after spending the last two seasons in Class 2A due to realignment. Mantachie got their region schedule started last week, defeating Alcorn Central 48-12 at home.

Friday’s game marks the first time the two teams have met on the football field in nine years. The Blue Devils own a 2-0 record over Mantachie, defeating them in the 2011 and 2012 seasons.