Board of Aldermen give building owners one year to repair balconies 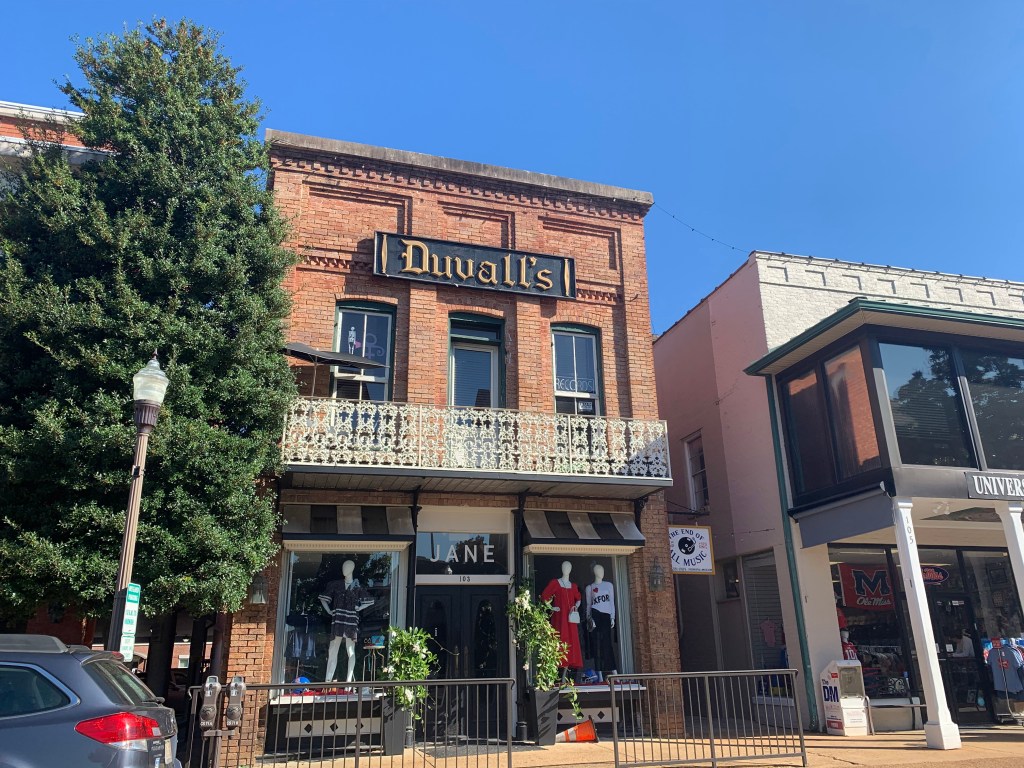 The balcony on the Duvall’s building was deemed unsafe, according to a report done by an engineer who recommended it needs to come down and a new balcony built. The Board of Aldermen gave several building owners a year to bring their balconies up to code. (Jake Thompson/Oxford Eagle)

Several buildings around Oxford’s Downtown Square will have to fix their balconies to bring them up to code and safety standards and will have a year to do so.

Oxford’s Board of Aldermen voted to give building owners who must bring their balconies up to the standards of the International Building Code one year, citing the current issues with the cost of supplies and proper time to complete the work.

“I don’t mean to be dramatic, but the reality is, when elevated balconies fail people get hurt, people get maimed for life, people die,” Carter said.”

The balconies in need of repair include above My Favorite Shoes, two balconies above Something Southern, the balcony above Square Books, Jr. and the balcony on the Duvall’s building, which is used for the End of All Music.

The balcony above on the Duvall’s building was deemed unsafe for anyone to stand on and the engineer’s report recommended that it come down and and a new balcony be installed in its place.

Mayor Robyn Tannehill suggested that balcony be removed as quickly as possible if there is any potential for it to fall, even without people standing on it.

“If there’s any danger of it falling, maybe it should be removed,” Tannehill said.

The Board asked Carter to get back in touch with the engineer who inspected the Duvall balcony to see if the balcony is safe to stay in place as long as not in use until it can be replaced.

Carter noted two balconies at The Thompson House had been inspected but he was awaiting the engineer’s report, but during the meeting the building’s owner, Taylor Webb, informed Carter and the Board that he had received the report just before entering the meeting.

According to the report, the balcony on The Thompson House facing Jackson Avenue East was found to not be in compliance with IBC standards but the balcony facing North Lamar Boulevard was in compliance.

The Board voted to allow the balconies, besides the Duvall’s one, to remain open but cut the recommended of pounds per square foot and people in half until they are brought up to code.